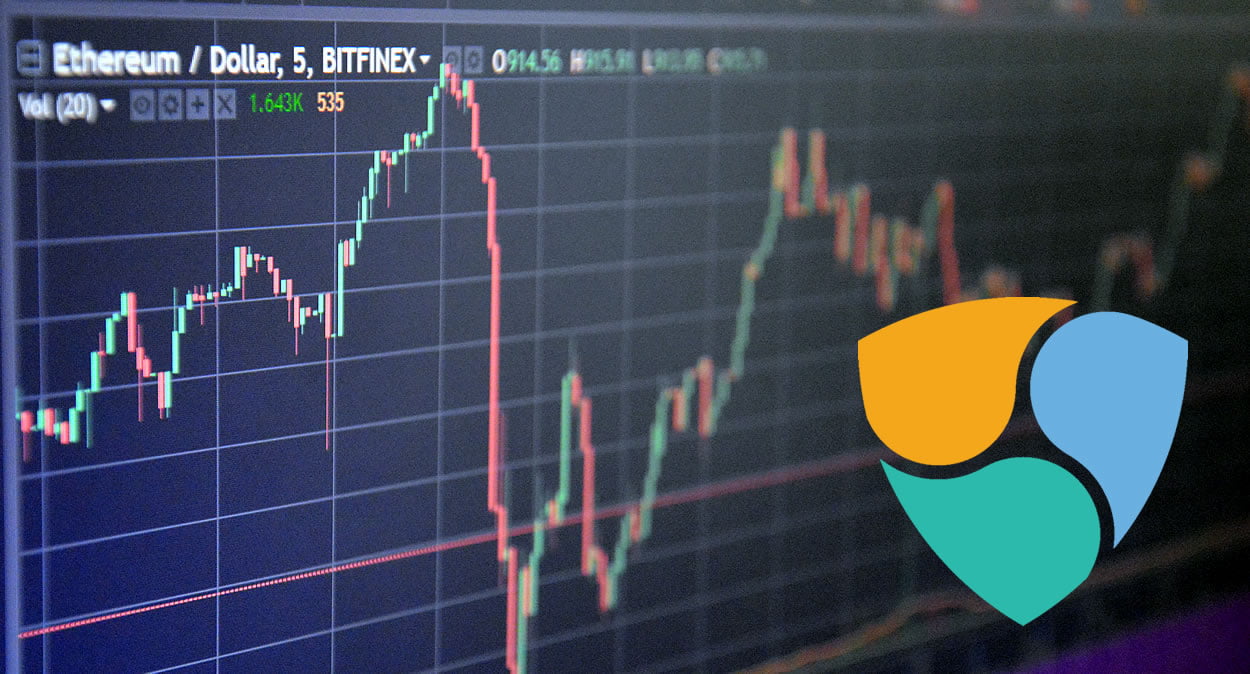 Things are not looking pretty this morning and the markets can only be described as a train wreck. The selloff has continued with what seems to be a greater sense of urgency during the Asian trading session. Bitcoin has lost over 10% on the day and all altcoins are also hemorrhaging badly. Everything is in the red but one altcoin seems to have made a bit back and is actually up on yesterday’s prices and that one is Nem.

The total market has shed over $50 billion in 24 hours and we are heading back to February 6 lows again. This time yesterday the crypto market was worth just under $400 billion, today it is heading south of $350 billion, last month’s low was at $280 billion. A trifecta of bad news has compounded the wave of panic selling and Asian’s are leading the way.

According to Coinmarketcap however Nem is up 19% on the day. XEM was the worst performing altcoin last month, shedding 50% of its value. Today however it has gone up from $0.29 to $0.35 when all others are still bleeding. Following the Coincheck hack Nem has been on a downward slide so this little reversal is nothing really to cheer about. Nem is still at the lowest levels it has been for three months and that trend looks set to continue despite this little blip.

Nem is traded heavily in Asia with Upbit in KRW and Zaif in JPY leading the way with over 50% of the total volume. Its market capacity currently stands at just over $3 billion which puts the altcoin at 13th spot in the charts. Almost $80 million has been traded in the past 24 hours and it is the only coin showing gains today.

Every other altcoin in the top 100 has fallen, those taking the biggest hit include Cardano, Monero, Iota, VeChain, Qtum, OmiseGO, Nano and Icon. There are some bargains to be had for those that buy the dip.

More on Nem can be found here: https://nem.io/

Tags: Asian trading sessionFOMOFOMO momentsNEMXEM
TweetShare
BitStarz Player Lands $2,459,124 Record Win! Could you be next big winner? Win up to $1,000,000 in One Spin at CryptoSlots