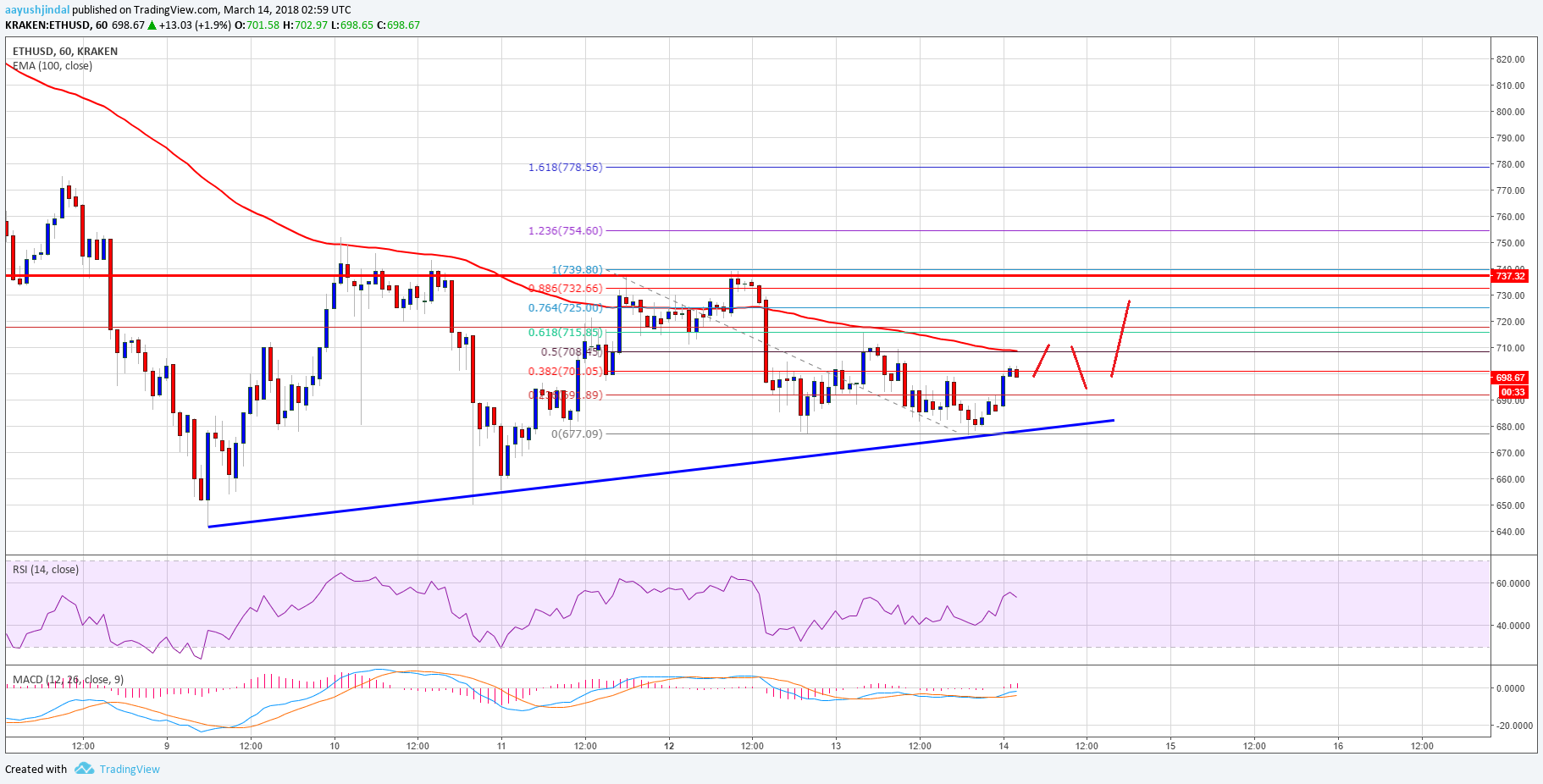 Ethereum price is slowly rising higher against the US Dollar and Bitcoin. ETH/USD may climb higher in the near term above the $710 level.

Yesterday, there was a downside move, but it was contained by the $677 level in ETH price against the US Dollar. The price was seen struggling, but buyers succeeded in preventing any major breakdown towards $620. A low was formed at $677 recently and the price is currently correcting higher. It has moved above the 23.6% Fib retracement level of the last decline from the $739 high to $677 low.

On the downside, there is a connecting bullish trend line forming with current support at $685 on the hourly chart of ETH/USD. The pair remains supported on the downside around $685. However, it must rise above $710 to avoid a downside reaction in the near term.

Hourly MACD – The MACD is gaining pace in the bullish zone.

Hourly RSI – The RSI is now placed nicely above the 50 level with positive signs.