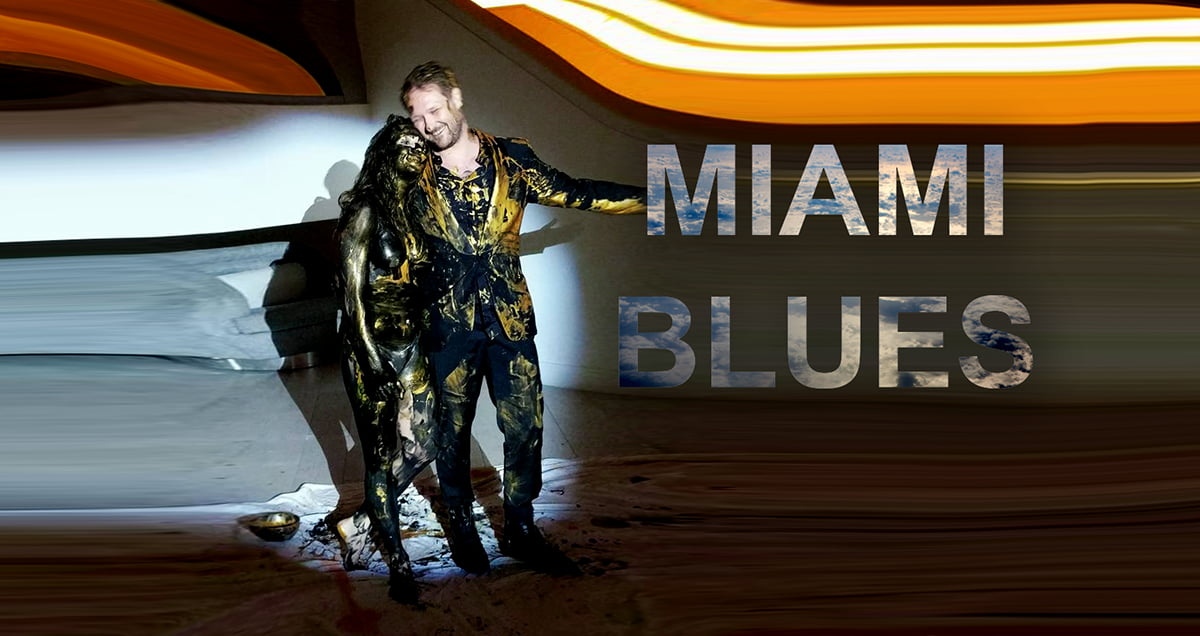 Next Article: Binance Chain is Exchange's Answer to Hacking Attempts

My previous longer article was about the January Miami BTC conference and the promised follow up is Al Capone style criminally overdue. The event moved at breakneck speed and had such a driven, positive vibe. Dealing with the atomic aftermath took till now to become a cohesive-ish write up. In short, the journey was a f**k yes, as I tend to vulgarly state in social occasions seemingly inappropriate for the expression. I’ll keep this punchy.

Coming To My Senses

Having scored the perfect Airbnb place 5 minutes from the conference center (actual balcony view pic below), I was pumped to get going but jet-lagged beyond available bodily resources. Getting everything ready for a two fair trip, including an overnight ‘stay awake painting’ just before the flight, took its toll. The free flow whiskey pouring by my generous hosts was a welcome edge smoother but not too many before a 48hr crypto sprint. Right? The fleeting pleasure of alcohol was replaced by a sauna, jacuzzi, and a city view pool. I realised also that I was staying with people who run a high-end print place. This trip is going to roast like a Run The Jewels track. Being new to blockchain conferences, the hunger for the next new thing felt all around was inspiring. No joke. The integration solutions to the ‘real world’ in service prospects or made human connections were a much-needed chilli infusion for the brain. Much respect for Keynote for sponsoring the booth and helping me get physically visible in the scene.

Out of talking so much, my voice blew out halfway conference. At one point I got badly distracted from talking to a Coin Telegraph guy due to another conversation starting with a couple who represent the graffiti artist Banksy. Apologetic as I was about it to him upon this dawning on me, it was a good problem to have. It felt like being able to charge my phone from the surrounding air alone. Your Vibe Attracts Your Tribe

The buzz around my booth gave me a sense that I’m really onto something with crypto art. It’s nothing short from being able to tell the story of a vast societal change in visual form. To uniquely communicate it to insiders and outsiders alike. One of the chance encounters was Eben Pagan popping by the space with his lovely wife Annie Lalla. It was a strange moment, as I must have spent thousands of hours with his material since 2004 and he hadn’t a clue the other way around. I rarely loose my cool but embarrassingly enough, this was one of those times. Appropriately so I think.

Far too many memories struggling with childhood trauma, depression, figuring out relationships and finding my way in life in general came flooding in talking to him. During those times, the abundance of value Eben delivered to my life through video seminars was a 100% unparalleled. There is no way my other platform Artevo, the LUX project nor my engagement would have happened without the influence his work had on me.

Some people in the crypto space, who think Lambos are the answer, could greatly benefit from his ‘ManTransformation’ program for example. There is a bunch of millionaires within the community still living their ‘Sweet 16’ at 30 and beyond – during global crisis times. Some really need to wake the hell up to smell the ‘more to life than a bit of money’ monologue. As he came to my booth space, I interrupted him eating a sandwich by asking: “Eben Pagan. What are you doing here?” He simply replied: “I’m eating”. Glad to know he is into crypto and I’ll make a better first impression next time. Eben, Annie and their daughter in Miami.

The nr.1 “T(r)opical – Gold Edition” piece, central to the booth picture, was sold to the striking model Gabriella Katia and her entrepreneur husband Matt Crown via Litecoin. By chance encounters, the three of us would all later on end up at a club for a night out. I’d spent a full month working my ass off to be ready for the trip and the official business of the conference was done. It was time to let loose before the coming AFL fair. The other awesome person at the afterparty, clearly responsible for me drinking straight from the vodka bottle at the end of the night, was my new collector Michael Jonsson. After mentioning this personal responsibility disclaimer I can admit to literally waking up with my boots still on the following morning. A true flashback to some 20 years ago at a University party in Newcastle. We decided to meet up on Miami Beach for some breakfast to follow up. His Bitcoin 1/1 piece “Unblocked” is now safely in Toronto being float framed.

A Worthy And Relevant Sidenote The whole trip was quite an investment so could’t hodl all the benefits. Now if only Coinbase would sort out their customer service I could actually use the converted money trapped behind their non-service lines. Anyone else have this with them or just me?

Bit rude to hold someone else’s money for over a month, not reply to emails and then ask them to ‘rate their service’ – if you are really asking. The survey request was two weeks ago and I’m yet to hear back from them. Ok. Enough complaining. Still with me? Golden nudity ahead.

A 5m$ Home Full of Art Anyone? Next up was the Tranter-Sinni Gallery organised participation with Art Fort Lauderdale. This fair was our first collaboration with the gallery. They had a few of my large Artevo pieces in their multi-million dollar homes loaded full of art, facilitated a keynote spot and a temperature rising performance at the W Hotel titled ‘Kintsukuroi’. It was rejuvenating to be in front of people performing again so felt it best midway through to drown my suit in gold paint, with a little help from a fellow performer Dayanis Mondeja.

Much love also to the phenomenal dancers of the other performance Carlos Torres and Evelyn Robaina. They did a more classical dance performance version of the same theme. The passionate professionalism of all three performers blew me away. Thanks also for Alexis Espejo at W Fort Lauderdale for facilitating this madness. The plan is to repeat these at crypto conferences all over the world. It’s appropriate as the blockchain is helping to fix money. The below segment of the Deco Drive TV show features the Artevo works, the houses and quite prominently, the back of my head. Both Evan Snow and Andrew Martineau did an ‘all in’ job getting this whole fair organised so props to those guys for pulling it off. Bring on AFL 2019. Crypto Giveth and Crypto Taketh Away


And will likely soon giveth again. Some of you might have seen the previous announcement for the crypto art tour with 4NEW as the primary sponsor. Unfortunately, the recent events in crypto forced them to focus on their live ICO for now, so the mentioned tour is now open for a new main sponsor.


I’ll be attending the crypto investor show this coming Saturday here in London regarding this. The tour is ready to take off and everything is in place with regards to the gallery and most locations. All that is needed is a funder ready to make some international waves with guaranteed traditional and blockchain press. On April 18th at 5pm I’ll also be presenting at the Ethereum London slot of the London Blockchain conference. Big ups for Stephan Tual for giving me my first crypto keynote opportunity. More to come this year as this fresh speaker page suggests.

2018 is going to be a massive year for me personally and about as exciting as it gets for crypto. None of the people, organisations or businesses in this article have paid to be mentioned. In case you are wondering if what you just read was news, promotional, a blog or something else, all I can say is that I don’t represent legacy media.

This is  the circle of transparent good stuff.