Bitcoin cash price is struggling to break a major hurdle near $945-950 against the US Dollar. BCH/USD remains at a risk of more losses until it is below $965.

After a major decline yesterday, there was a minor correction initiated from $865 in bitcoin cash price against the US Dollar. The price corrected higher and moved above the $900 level. There was also a break above the 23.6% Fib retracement level of the last downside move from the $1,069 high to $867 low. However, the price failed to break a major resistance near $945-950.

The mentioned $945-950 zone was a support earlier, and now it is acting as a resistance. Moreover, the 38.2% Fib retracement level of the last downside move from the $1,069 high to $867 low also acted as a resistance. Above $950, there is a major bearish trend line forming with resistance near $965 on the hourly chart of the BCH/USD pair. Therefore, we can say that there is a crucial resistance zone forming between $945 and $965. As long as the price is below $965, it may continue to struggle to move higher. 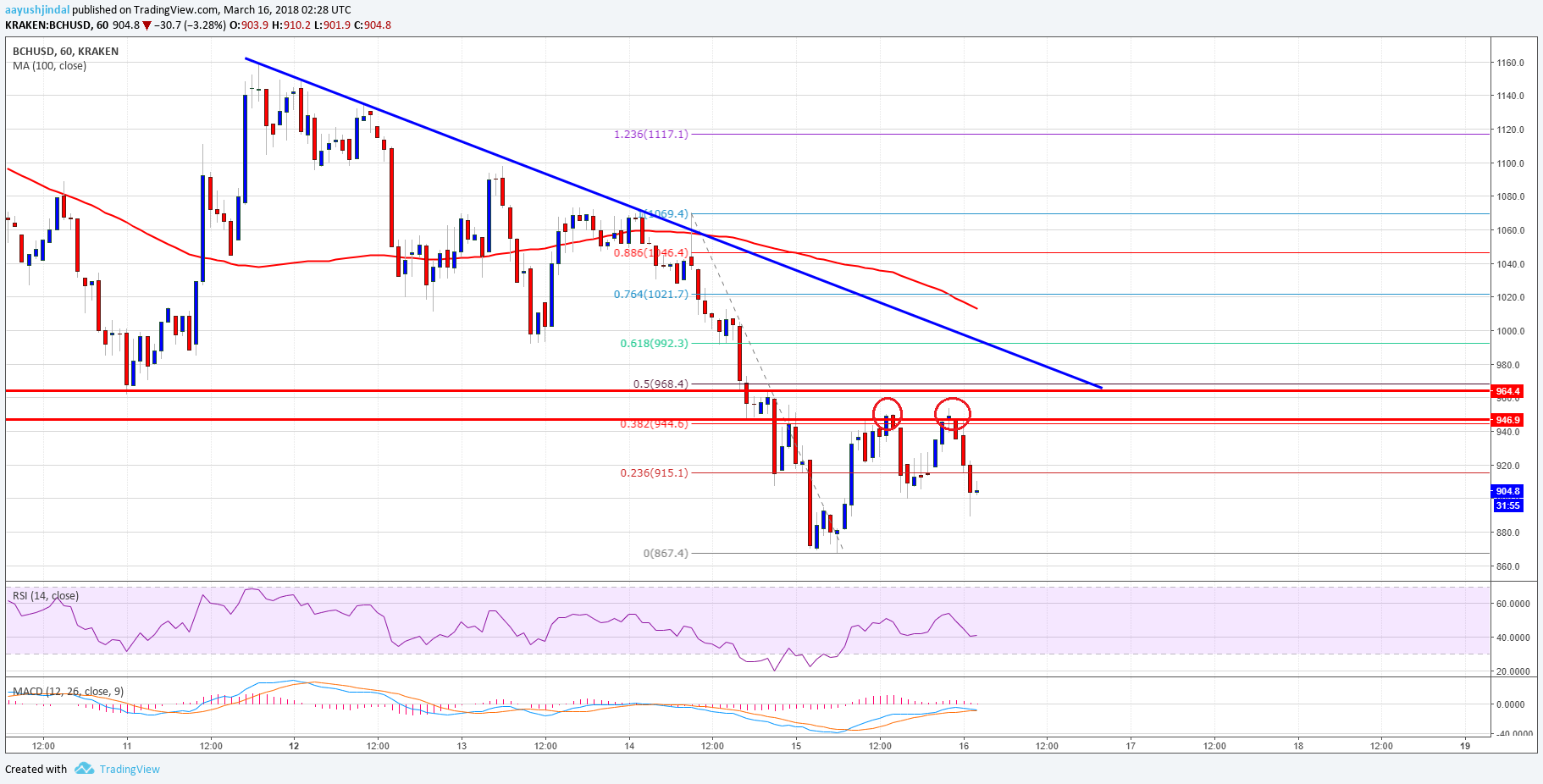 Hourly MACD – The MACD for BCH/USD is slightly in the bearish zone.