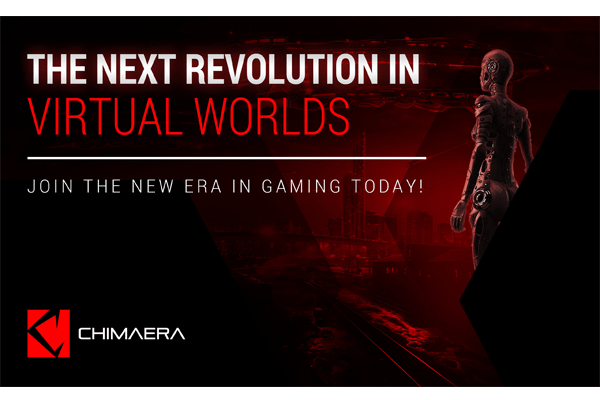 As new projects enter the crypto sphere every day, history and background behind these initiatives are becoming increasingly scarce. With more and more new individuals looking to enter the ecosystem and capitalize on massive profits, the presence of true industry veterans in these projects is incredibly rare. However, there does exist valuable projects, hidden among the others, that come to the table with the support of a rich history and years of development.

The History of Chimaera

Chimaera represents a custom-blockchain ecosystem for a fully immersive gaming interface for gamers and developers. With Chimaera, online games can be built, published, and played directly on the blockchain-a-blockchain-based gaming system unrivaled by any current efforts.

Chimaera presents one such project with roots that could be considered ancient in the realm of cryptocurrency. The underlying technology, game channels, was coined and began development in 2015. Beyond this, the foundations for Chimaera date back to early 2013, with the documentation and initial developments of the first proof-of-concept.

Blockchain-based gaming was first introduced as a concept through ChronoKings, a blockchain-based MMO (massively-multiplayer online) forked from the Namecoin codebase. The game was announced on the Bitcointalk forums by the now-CEO of Chimaera, Andrew Colosimo, as a sandbox player-versus-player (PVP) real-time strategy (RTS) that would be broadcast and progressed directly upon the forked blockchain.

ChronoKings first established a concept later coined “human mining.”  Human mining is a game genre where cryptocurrencies are minted and distributed based on performance in the virtual game built on the network. The idea behind the gameplay is that players will fight to maintain control of “harvest areas” where coin rewards can be collected.

While ChronoKings represented a groundbreaking concept, the team behind it maintain broader visions. The ideology behind ChronoKings applied to a new project, The Huntercoin Experiment, which would encapsulate the fundamentals of its predecessor while expanding on the game itself and the technology behind it.

Huntercoin launched in early 2014 and received a great reception. Beyond the fundamentals proposed by Chronokings, players could fight against one another- potentially destroying opposing avatars and stealing their collected coins. Taxes from death and deposits would be paid to the miners, and players needed to pay a sum of Huntercoin to create new characters.

While activity began to dwindle after the initial launch, without issue. Huntercoin remains the longest standing human mining online game and the grandfather of the genre. The game termed an MMOCG (massively-multiplayer online cryptocurrency game) is the only of its kind. Although Huntercoin is now around 5 years old, it is still the most complex blockchain game on the market.

While Huntercoin was revolutionary and a resounding success, there were many limitations to the game itself and the potential for expansion. The minute-long block times were incompatible with a majority of online games, and there was no real framework to implement more games onto the network.

In 2015, Dr. Daniel Kraft, a top developer for Namecoin and Huntercoin, as well as a major contributor to the Bitcoin codebase, shared a concept called “game channels,” a gamified adaption of Lightning Network-esque payment channels. Game channels would potentially allow for instantaneous online gaming directly upon the blockchain. In 2016, this technology was further explained in a peer-reviewed article published in Ledger Journal.

With Kraft’s game channels, millions of players worldwide can simultaneously connect and interact with games on the network. Developers can publish and upkeep games directly on the network at no cost to them. Games of practically any genre can be hosted and interacted with on the Chimaera blockchain.

From then, to now, Chimaera has been actively developed, and the coming months present the launch of this evolutionary platform. After five years in the making, the first, fully immersive, blockchain-based interface will be available for individuals worldwide to interact with.They will be able to trustlessly wager against one another, exchange virtual items, currencies, and characters from any game, and potentially transfer items between games themselves.

Unlike most upcoming ICOs, Chimaera’s presents a unique opportunity to claim a stake in a groundbreaking platform that’s already dangerously close to fruition. While a majority of projects still require major developments to be marketed, Chimaera will be able to enter the market ready for mass adoption.

Chimaera is gearing up for their public pre-sale, which is slated to begin March 23, 2018. To learn more about the platform and participate in its upcoming pre-sale, please visit their website. Be sure to check out their referral program, which rewards participants with a five percent bonus upon successful completion, as well as their airdrop campaign. You can also follow the Chimaera team on Twitter, LinkedIn, Reddit, Medium, and Telegram.