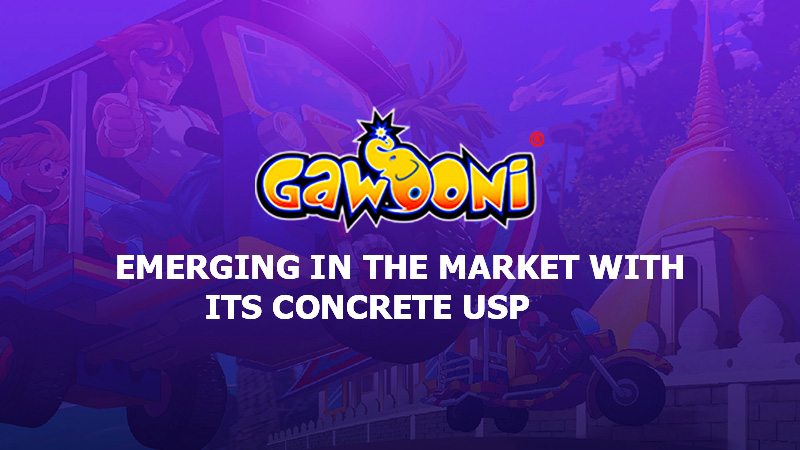 GAWOONI utilizes the foundational business model already established by game developers. GAWOONI is an international game developer and it has managed to create the very first ecosphere for gamers and serves both B2B as well as B2C clients.

GAWOONI is a well-known name in the Asia-Pacific region. It is well recognized in the Indian, Chinese and Indonesian markets. Its primary focus is to emerge in the South Asian and South American markets. It aims to revolutionize the gaming industry through their ecosphere for gamers which functions on the basis of the in-built tokens and coins which are currencies in the games ecosphere. This one currency can be utilized by gamers in all games and activities involved in the game. The games developed by GAWOONI and games from third parties joining the ecosystem will also be listed. Additionally, the platform will invite its users to new gaming experiences. The users can give their valuable input to new games and test them before the games are launched.

Games To Be Published By Gawooni

Two games have already been developed and they are ready to be published. The games are called “Tuk Tuk Rush” and “Jungle Rush”. “Tuk Tuk Rush” is set to be announced while working hand in hand with the Tourism Authority of Thailand since the country is portrayed in an interactive way in the game. The game is already being followed by loyal gamers in the industry on Facebook. More than 70,000 gamers in Thailand are keeping themselves updated with news related to a game such as date of launch and updates in the game via Facebook. The games are available on both mobiles as well as PCs. There are other games which are going to be published in the future as well. Let’s get a more in-depth analysis of the games to be published.

A ride in a Tuk Tuk is always an unforgettable experience. Anyone who has had the privilege to visit Thailand knows these vehicles function similar to mini taxis, as it recklessly weaves through congested streets. A Tuk Tuk ride is a lot of fun and GAWOONI wanted to convey this exact excitement to its gamers through the game. In the game, the player is allowed to create a unique individual Tuk Tuk and experience the land of Thailand. As the game progresses, the player will get to discover more than 40 sites in the country of Thailand. It is probably the first time that a game is combined with an interactive travel guide.

Jungle Rush explores endangered animals; it is a great initiative by the developers of the game to increase the wildlife protection awareness. The game features 10 endangered species.  GAWOONI has teamed up with several animal welfare associations around the world because of this particular game.

An interactive slot machine game developed by GAWOONI. One of the main advantages of this game is that the coins won can be utilized by the players for other games prevalent on the GAWOONI gaming platform.

Benefits Gawooni Participants Are Subjected To:

On the basis of the above-mentioned points, it can be concluded that GAWOONI is set to achieve great heights in the gaming industry.