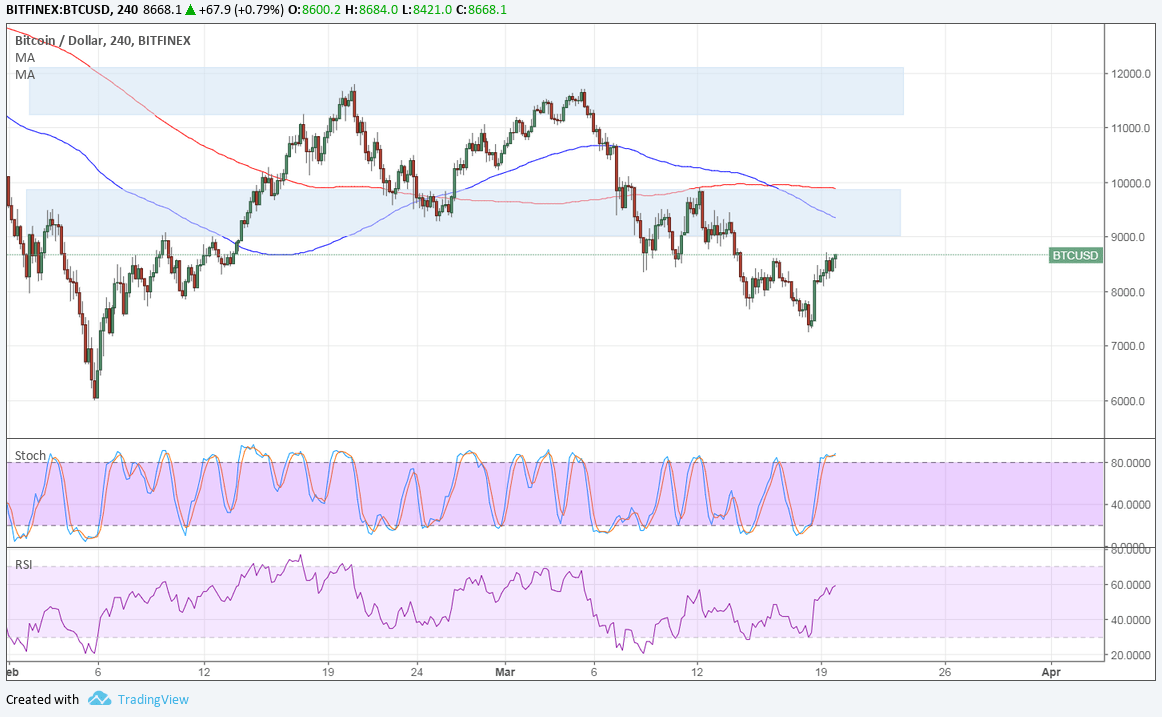 Next Article: Introducing CaskCoin: The Cryptocurrency Backed by Whisky

Bitcoin price is starting to get back on its feet but would need more bullish energy to bust through the next upside barriers.

The 100 SMA is still below the longer-term 200 SMA to signal that the path of least resistance is to the downside. This means that the selloff still has a pretty good chance of resuming, especially if bitcoin price falls back to the latest lows close to $7,000.

In addition, these moving averages line up with the nearby support turned resistance area around $9,000-10,000. If bulls aren’t strong enough to charge past this level, sellers could return and push bitcoin price back to the lows earlier this month.

Stochastic is also indicating overbought conditions, which means that buyers are tired. RSI has some room to climb so a test of the next roadblocks could take place, but this oscillator is also approaching overbought levels. If buying momentum keeps up, bitcoin price could make its way up to the next area of interest at $12,000. A move past this area could confirm that the longer-term uptrend is still intact as it would place bitcoin back above the ascending trend line on the daily time frame.

Risk appetite appears to have picked up in the financial markets after the Brexit deal was announced. This would mean less uncertainty for businesses, at least during the transition period that would last for 21 months.

The FOMC decision is coming up and this could mean volatility for the dollar, including the BTC/USD pair. A rate hike is widely expected and this might weigh on sentiment, although the scenario has been priced in for quite some time and profit-taking is more likely.