Systemization of Healthcare Data Takes a Leap with Healthureum 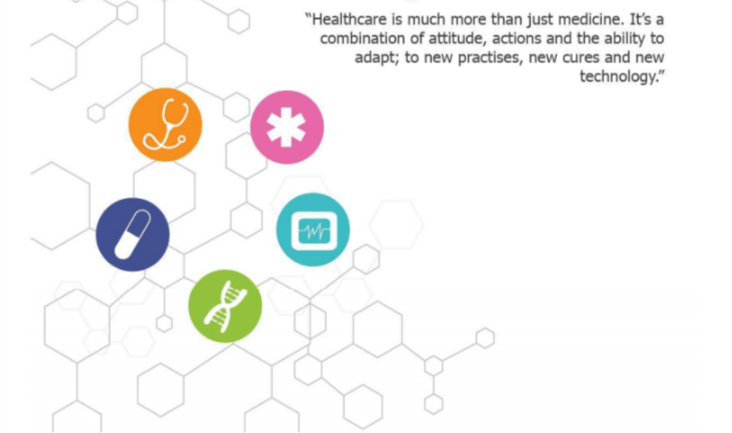 The healthcare sector is such a gigantic and important beast in the modern era, it has extended its reach to cover a host of different sectors. First responders, doctors and a plethora of outpatient services are continually interacting with patients.

With all of these services comes heaps of valuable and sensitive information that is currently being transmitted, stored, and relayed by outdated methods, while medicine itself continues to march forward.

With the aim of revolutionizing these outdated methods, Healthureum is approaching the possibility of data systemization by taking advantage of the inherent potential of the Blockchain.

By identifying the needs of medical data, and addressing them using the potential of Blockchain,  Healthureum’s aim to decentralize the control of sensitive medical data looks like a real possibility.

Medical data management still often relies on archaic technology, such as a pen and paper. Considering this, the data that is being recorded, stored, and shared has no privacy or protection, leaving the patient vulnerable to their data being mismanaged or even misplaced.

This concern over privacy and security is the first issue Healthereum aims to address with Blockchain. As a burgeoning technology, there is scope for medical data to be stored and written on the blockchain, hence making the data decentralized and private.

This data, such as medical records, personal data, test results, and billing, will be stored on the Blockchain immediately, hence increasing patient data integrity.

Patient data integrity will enable patients to consolidate and manage all their medical data on a single platform, which is secured with encrypted codes.  This system keeps all the information private, safe and all in one place.

The power now rests directly in the patient’s hands to share their data with whomever they want.

Furthermore, the immutable quality of the Blockchain also allows for the data stored on it to be inoperable. This creates a framework for standardization of data in order to facilitate quicker, as well as more reliable, sharing of data.

Different permission layers between patients and healthcare stakeholders allow for different levels of access, depending on the sensitivity of the data as decided by the patient.

The need for streamlined data

Data streamlining is actively sought and demanded in multiple areas of today’s society. However, the demand is greatest in sectors such as the medical one, though this demand has been met with little action.

Now, through the power of the Blockchain, Healthureum claims to be able to drive medical data forward and into a more usable and functional space.

At the heart of the Healthureum project is a digital asset called the Healthureum token (HHEM), based on the mature Ethereum blockchain. Designed to facilitate the transactional nature of interactions on the Healthureum platform, HHEM can be used as a payment method as well as an incentive.

There are many real-world uses of the token. Patients can use HHEM to pay for services rendered via the platform, while medical practitioners who offer referrals and expert opinion on the network can earn HHEM as rewards. Clinics and laboratories performing tests and diagnostics for patients can also receive HHEM as compensation.

Healthureum is currently holding a crowdfunding campaign to raise the funds necessary to build and develop this ambitious health project. They are inviting the public to participate in what promises to be one of the most significant social projects of our time.