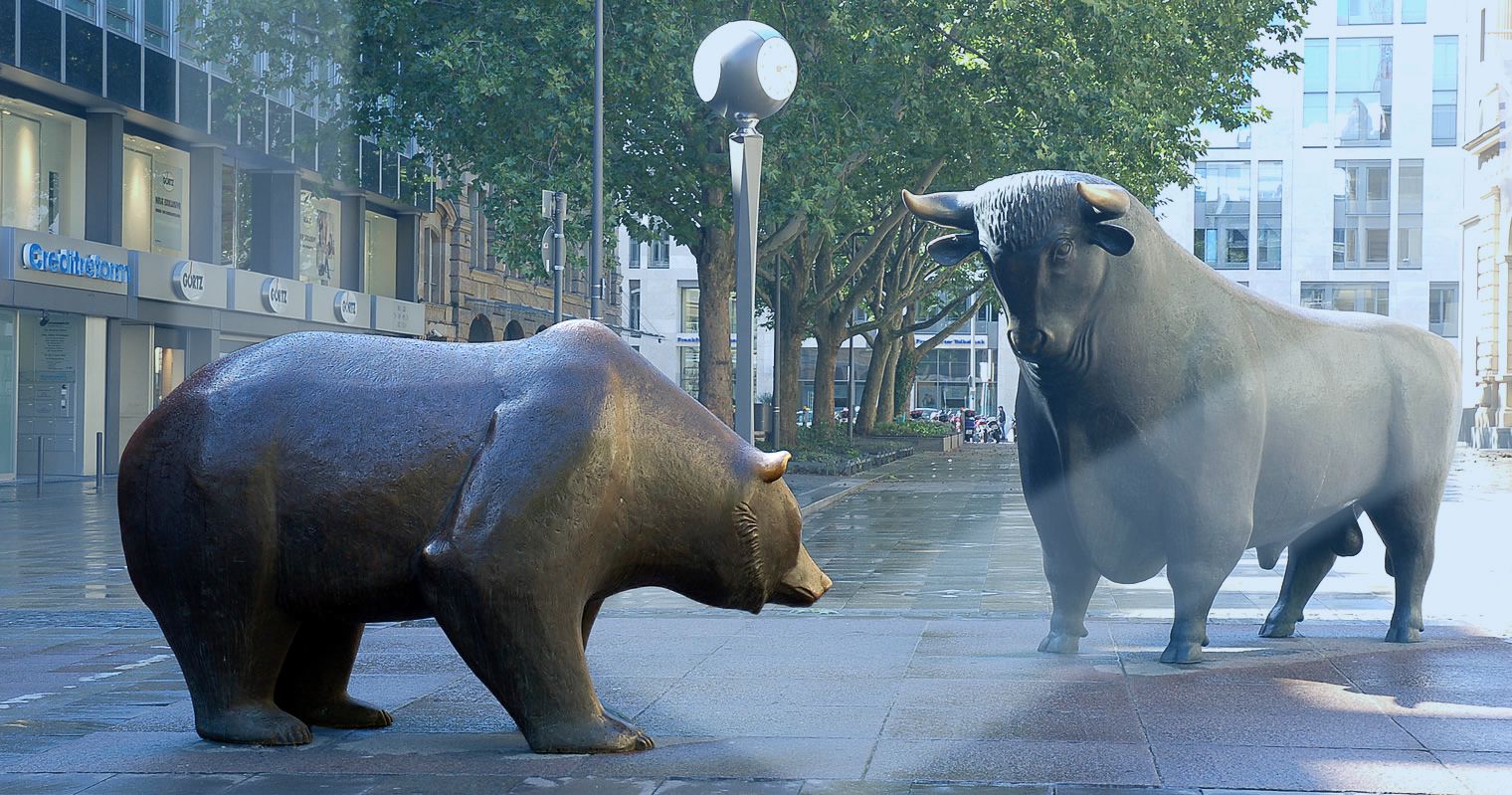 A third dip was almost expected, when crypto markets fall they fall fast, 9% has been shaved off all cryptocurrencies in 24 hours. Anyone living in the crypto sphere for a year or more will be used to these cycles by now. Those new to it in the past three months are likely to have panic sold, licking their wounds and exacerbating the current slide.

Fundamentals and news has a big impact, especially on the uninitiated and those new to trading in general. This week the news has been a mix of good and bad, and by now we should be used to web monopolies throwing their weight around and censoring ads they don’t approve of. If anything this should be good news for the well-established cryptocurrencies and blockchain companies that do not need to advertise on social media. It should not cause the panic selling we see time and time again in crypto land.

The sure sign of a bear dominated market is lower highs and lower lows. This is the longest period of no higher highs since 2016. The first big dip came on Jan 17 when markets plummeted from over $830 billion to $430b, that was a loss of almost 50% in just ten days. Following that was the crash of February 6 when total market capitalization fell to $280b, the recovery took markets up to $515b which was nowhere near that after January’s crash when they returned to $630b pretty quickly.

Next came the fall of March 18 when markets hit a new 2018 low of $275b, returning to a lower high of around $355b on March 21 before collapsing again. The $275-$280 billion level is a key support line so if this current decline falls lower than that it could drop a lot further. However if markets can rally above the last previous high it may be a sign of a reversal.

Altcoin hodlers are getting hammered at the moment as Bitcoin’s market dominance heads back towards 50%. Since March last year BTC has lost ground to altcoins which have been steadily eating away at its market share. The low point was around the January spike when BTC dropped to 32% however it has been clawing back its market dominance ever since, largely at the expense of Ethereum which has shed almost 50% in a month. Currently Bitcoin has just under 45% market dominance and it does not look like this is about to change. 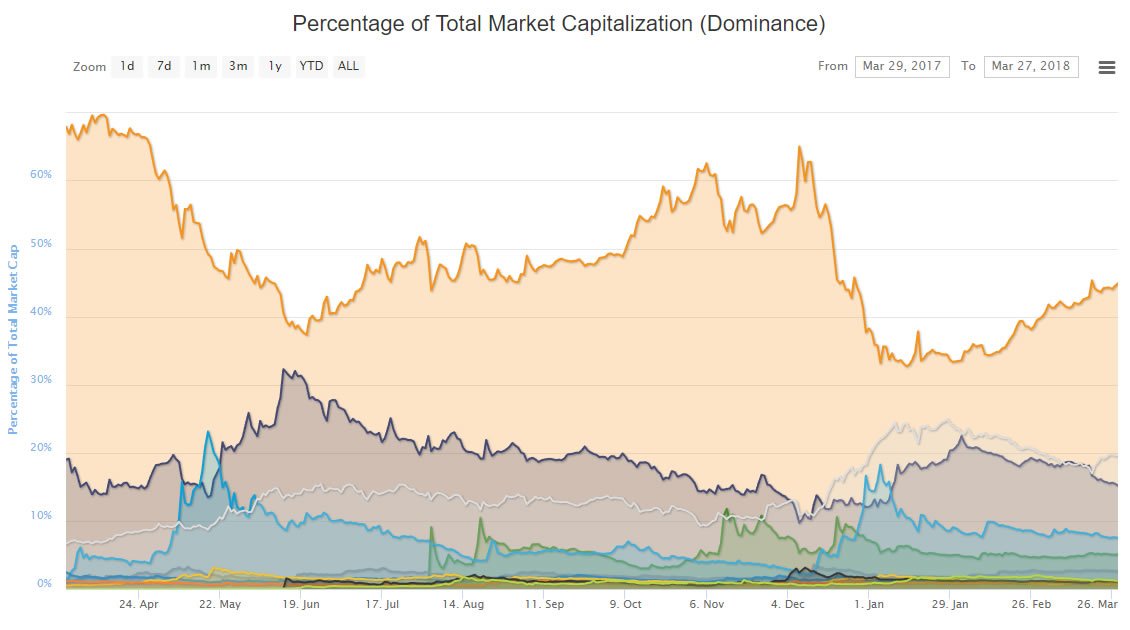 The next few days will be critical for crypto markets. Currently the total market cap is hovering around $300 billion, if it drops below $275 billion there could be tougher times ahead and this bear run may not be over yet. Conversely a rebound above $355 billion and a new higher high may spell brighter days in crypto land.

Tags: bearishbitcoin dominancedowntrendlower highslower lowsmarkets
TweetShare
BitStarz Player Lands $2,459,124 Record Win! Could you be next big winner? Win up to $1,000,000 in One Spin at CryptoSlots