Crypto in March – a Simple Overview 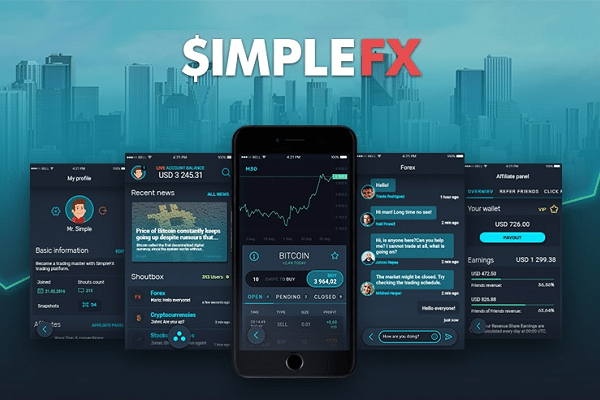 Below you can find an overview of what happened in March in the world of cryptocurrencies – brought to you by SimpleFX CFDs trading platform. Whether you took some time off following the news and you’d like to catch up, or you just want to go over last month’s highlights, this article is for you.

As revealed by the documents that are said to have come from Edward Snowden, NSA is allegedly running surveillance programs aimed at identifying bitcoin users. This is actually not surprising as it’s consistent with the concerns about cryptocurrencies being used for financing terrorism voiced by Steven Mnuchin and some US lawmakers. In a similar vein, the Office of Foreign Assets Control, a US agency responsible for the country’s foreign economic sanctions, announced that it’s planning to add cryptocurrency addresses as another type of identifiers to its list of entities that US companies cannot do business with.

Twitter banned many accounts as a result of a spike in the number of copycat profiles scamming users to transfer cryptocurrencies. Unfortunately, some of the legitimate ones were also caught in the crossfire. Following that, the platform introduced a policy banning ICOs and token sales ads. It will be interesting to see if the ban is going to include cryptocurrencies as such. In light of a recent comment by Twitter CEO, Jack Dorsey, that bitcoin will become more important than US dollar as well as his own involvement in the crypto sector, there may be hope for some leniency.

It seems that the cryptocurrency sector has reached a point when balanced regulations would be most welcome and actually beneficial to legitimate businesses. Currently, there have been many instances of different kinds of scams, which caused reactions from the authorities. However, as governments have little experience with cryptocurrencies and no clear legal frameworks, they are in the dark. Hence, their actions might be at times disproportionate and hurting legitimate companies. The same situation is with companies such as Facebook, Google, and MailChimp blocking cryptocurrency content, which might actually slow down the development of DLT innovation.

Last but not least, March was also the month when another edition of Cryptocurrency World Expo took place, this time in Germany. We are happy to say that SimpleFX received the award for Best Cryptocurrency Trading Platform 2018, the second year in a row.

Tags: cryptocurrencymarketsregulations
TweetShare
BitStarz Player Lands $2,459,124 Record Win! Could you be next big winner? Win up to $1,000,000 in One Spin at CryptoSlots