Ethereum price is trading above key levels against the US Dollar and Bitcoin. ETH/USD has to surpass the 100 hourly SMA and $385 to move higher.

There were mostly negative moves in ETH price below the $400 level against the US Dollar. The price traded lower, but the best thing was the fact that it stayed above the $362-364 support. The recent low was formed at $364.32 before the price started a consolidation. It is currently trading above the $364 level, but there are many hurdles on the upside. 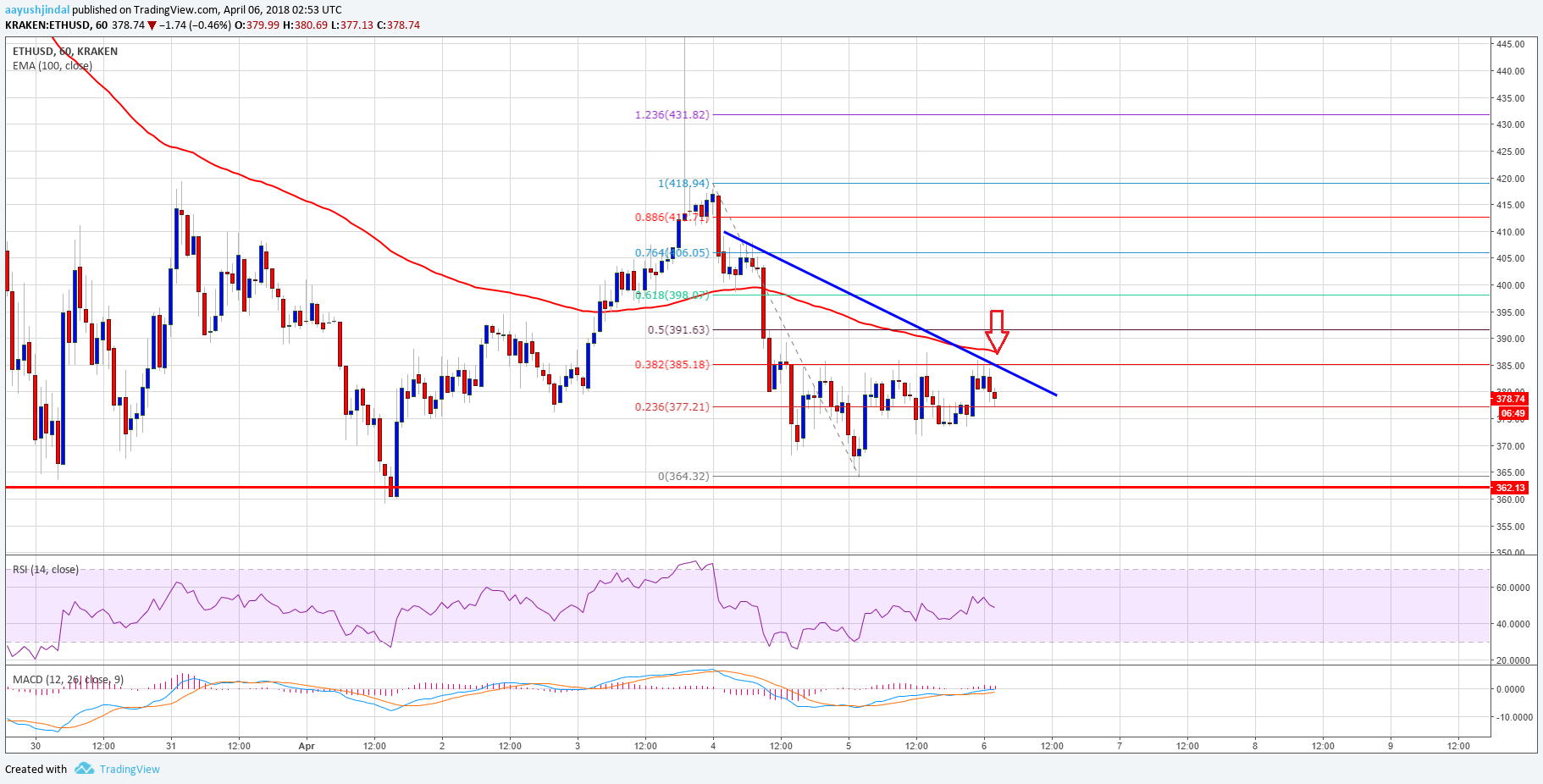 On the downside, the price has to stay above the $362 and $364 support levels. If buyers fail to protect losses above $362, there could be a decline towards $350. In the short-term, there could be ranging moves with chances of an upside break above the $385 level.

Hourly RSI – The RSI is just below the 50 level.