Cardano price is showing positive signs against the US Dollar and Bitcoin. ADA/USD may consolidate in the short term before a bounce back above $0.2250.

There was a nice upside move above the $0.2000 level in ADA price against the US Dollar. The price settled above the mentioned $0.2000 hurdle, which is a positive sign. It even traded above the $0.2300 level recently before facing sellers. A short-term top was formed at $0.2351 before the price started a downside correction. It declined and broke the 23.6% Fib retracement level of the last leg from the $0.1956 low to $0.2351 high.

Moreover, there was recently a break below a short-term ascending channel with support at $0.2200 on the hourly chart of the ADA/USD pair. The pair declined below the $0.2150 support. More importantly, there was a break below the 50% Fib retracement level of the last leg from the $0.1956 low to $0.2351 high. However, there are many supports on the downside near the $0.2060 level and the 100 hourly simple moving average. Therefore, if the price extends the current decline, there could be a strong buying interest near the $0.2050-0.2060 zone. 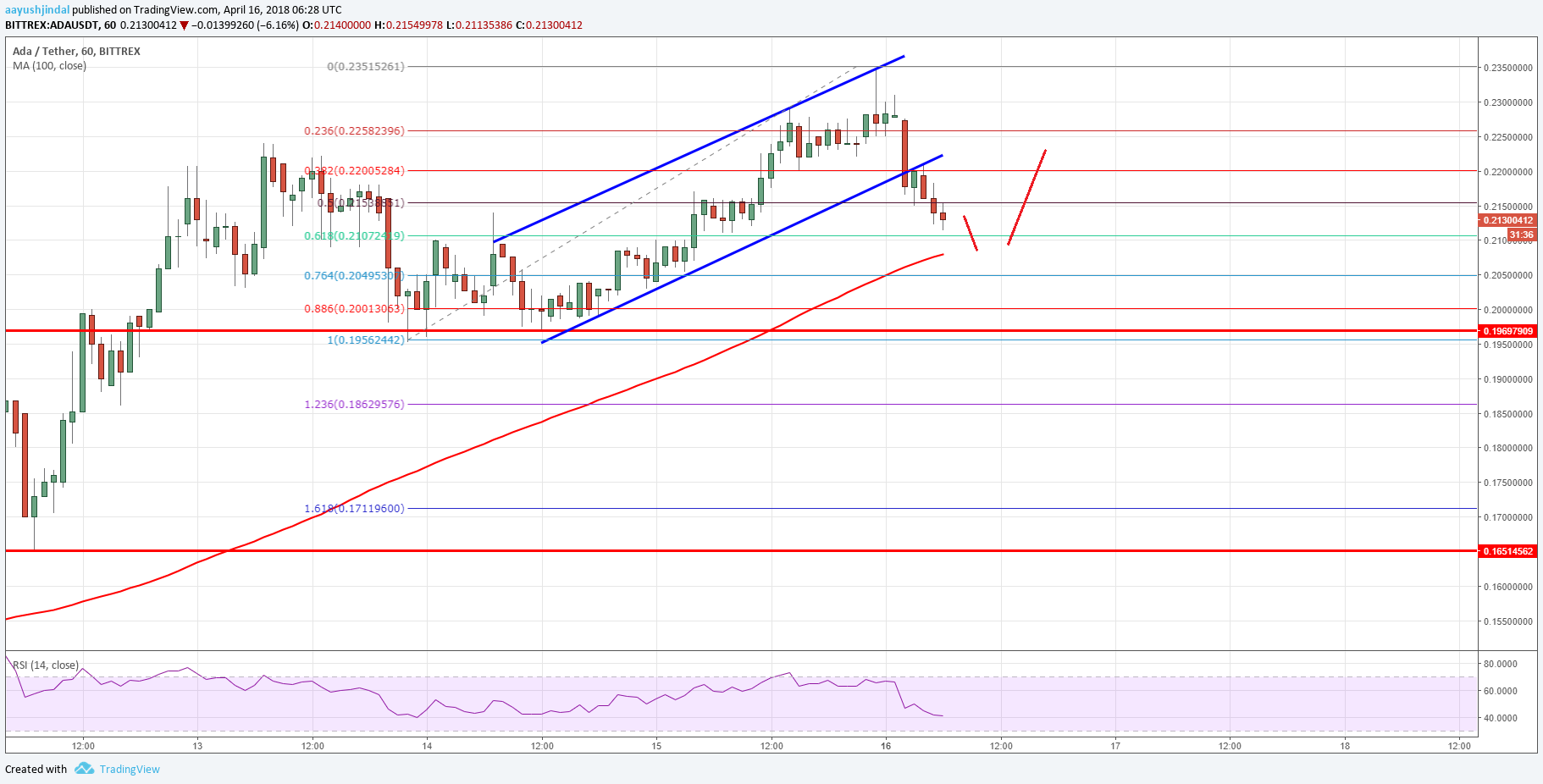 Hourly RSI – The RSI for ADA/USD is now below the 55 level.

Chainlink (LINK) Rally Stalls At $6.6: Here’s Why Uptrend Is Intact

These Five Technical Signs Show Bitcoin Is on the Verge of Testing $10,500