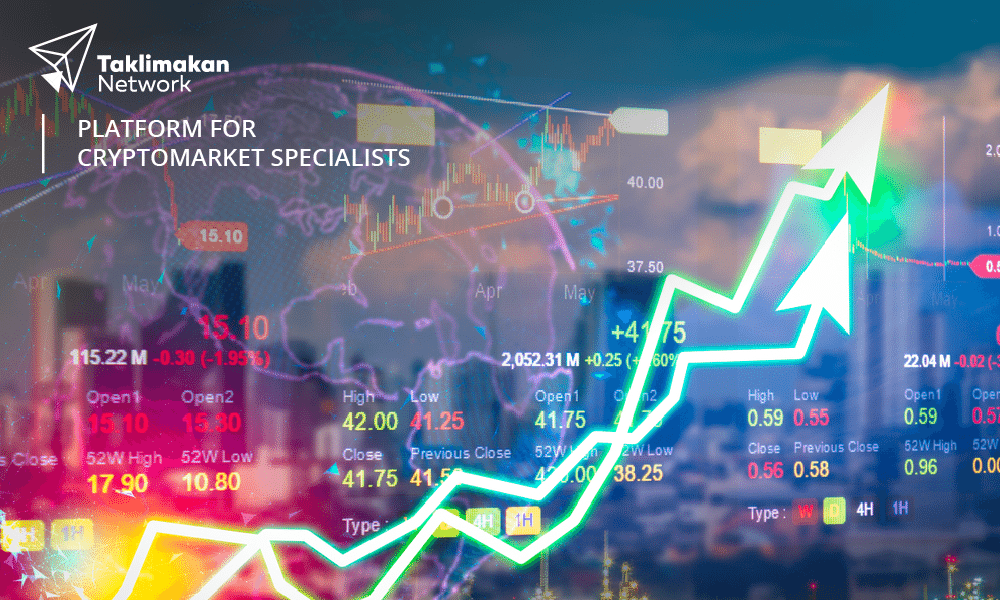 Taklimakan Network has just launched a sneak peek at their cryptocurrency educational and analytical tool. The new demo version is available on their website at taklimakan.network. The demo launch gives users a preview of the platform, along with its news and educational features, and allows users to provide feedback to the developers to ensure that their needs are being covered by the app.

The demo gives an overview of the project’s capabilities, including a first look at what Taklimakan calls their TN Crypto 100, which is their index of the top 100 cryptocurrencies. The TN Crypto 100 will be updated bi-weekly based on traditional market capitalization metrics. The platform nomenclature will be familiar to anyone who follows or participates in trading activities in traditional markets, since performance reporting will be based on typical indicators, including Alpha, Beta, R-squared, and Sharpe ratios. The TN Crypto 100 is produced by analyzing the top 10 trading exchanges, which are chosen by trading volume in units. Metrics are adjusted every two weeks to ensure that TN Crypto 100’s reported top exchanges remain as up to date as possible. The platform monitors how cryptocurrencies are functioning against market indexes and measures things like volatility and index performance.

If any of this sounds confusing, then according to Taklimakan’s Co-Founder Rashid Yussup this could be the platform to take a closer look at. It’s meant as a resource that can get anyone at any level of proficiency reasonably up to speed on these complex topics. According to Yussup, there is no doubt that as more and more people become interested in how crypto works, there will be other apps intended to appeal to would-be cryptocurrency buyers, but those other apps tend to focus on trading and the establishment of trading terms and conditions. “Our platform aims to be much more than that, by actively bringing novices together with financial analysts and crypto-mentors to help anyone who is interested in cryptocurrency increase their financial literacy level,” he says. “We really believe in the endless possibilities of blockchain and cryptocurrency to change the world, and we want to play an integral role in making them part of the mainstream, through education and meaningful collaboration on our platform.”

In other words, the aim of the platform is to engage all levels of interest and expertise within the ecosystem. For instance, in mainstream trading, the so-called “couch potato” strategy is often recommended for people who aren’t particularly interested in actively playing the market. The point of the strategy is that even inexperienced players can basically rely on letting indexes do their work by mitigating risk while also enjoying a reasonable, albeit moderate, yield. It’s a passive strategy that requires minimal interaction by the trader. As long as your funds and bonds are behaving in line with major indexes, then the approach is working properly. The Taklimakan Network’s TN Crypto 100 emulates this strategy in the cryptocurrency sphere by aggregating and analyzing performance on various crypto exchanges based on traditional analytics but also strives to perform better than the lowest denominator. Of course, more active traders experience more volatility and potentially more rewards. The point of Taklimakan is to be a tool that is engaging and useful for everyone who has an interest in cryptocurrency trading. The project engages with active traders at every level who can give timely feedback on Alpha, Beta, and Sharpe ratios. These indicators, which are used in mainstream trading, measure market performance against overall indexes, volatility, and return over risk respectively. Because of the interactive capabilities of the platform, users can adjust their own risk appetites based on the metrics and crowdsourced knowledge of other users and experts.

The democratic ethos of the system means that it is built to encourage knowledge exchange among users so that it is a space for both learning and contributing. There are several subscription levels within the platform that gives users access to expert analysis and insights as well as a pro level for expert account holders who can develop their own mailing lists for delivering analytical reports and various trading signals.

The Taklimakan Network platform is driven by its utility token that offers in-app rewards in the form of their TKLN tokens to experts who share their knowledge on the platform. The company’s ICO is going on right now and will run until June 9, 2018. This week there is a 30% bonus available to token buyers. For more details, please visit taklimakan.io

Tags: taklimakan network
TweetShare
BitStarz Player Lands $2,459,124 Record Win! Could you be next big winner? Win up to $1,000,000 in One Spin at CryptoSlots