Cardano price is eyeing further upsides against the US Dollar and Bitcoin. ADA/USD could bounce back after testing the $0.2650 support.

There were further gains above the $0.2500 level in ADA price against the US Dollar. The price moved above the $0.2800 and $0.3000 resistance levels, and traded as high as $0.3103. Later, a downside correction was initiated and the price moved below $0.2800. However, the $0.2650 support region acted as a strong support and prevented further declines. 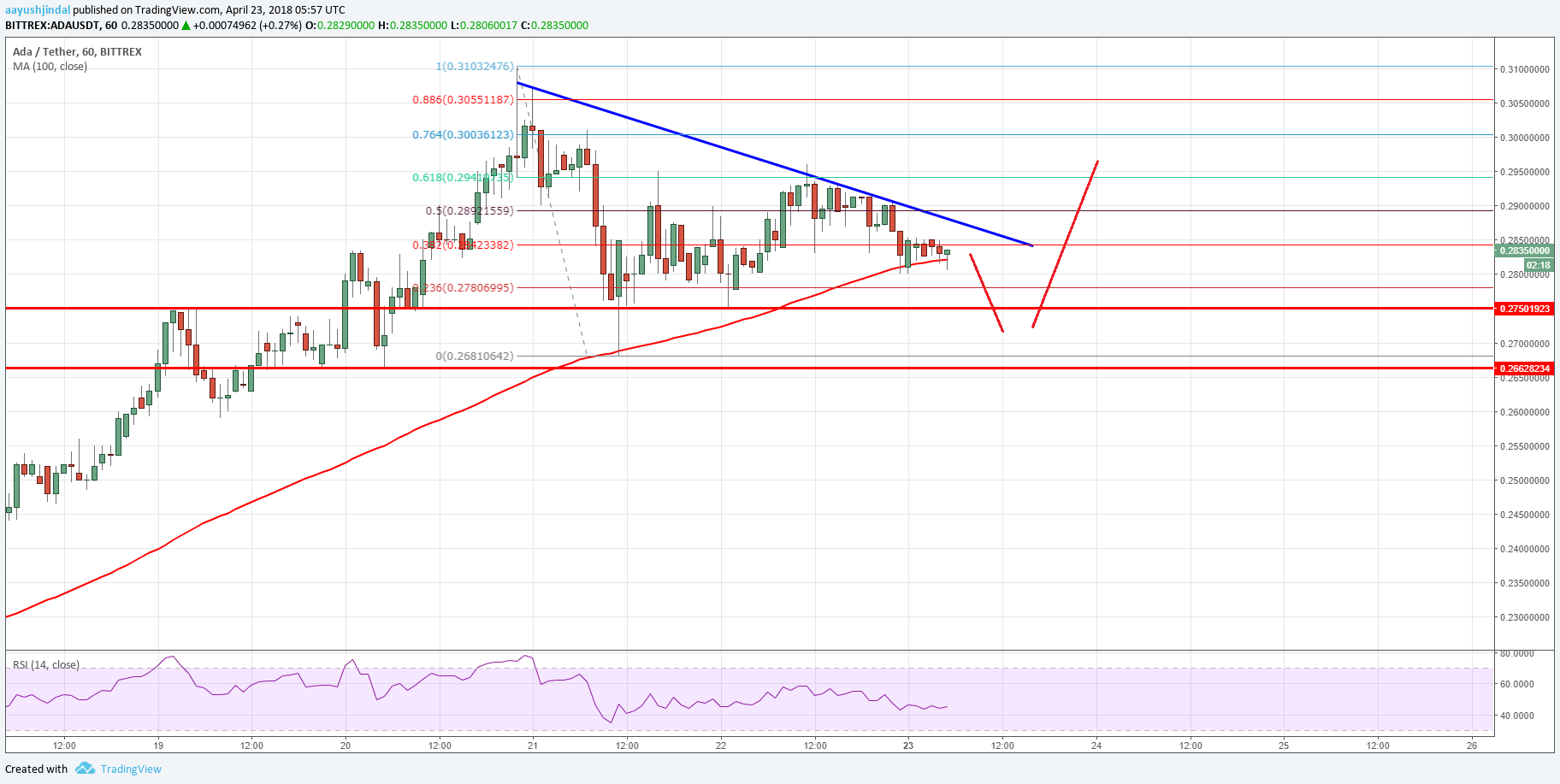 Hourly RSI – The RSI for ADA/USD is now well below the 50 with neutral signs.