Why Is Nobody Paying Attention to Blockchain’s Potential Ability to End Fraud? 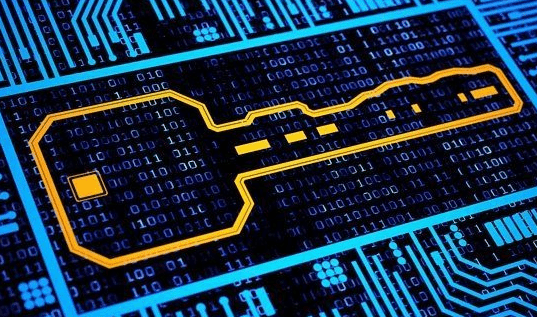 Bitcoin, cryptocurrencies, and ICOs have become major buzzwords in news headlines, blog posts, podcasts, and reports as 2018 gets underway. However, it is surprising that nobody seems to be paying much attention to the underlying technology powering the disruptive nature of cryptocurrencies and altcoins – blockchain technology. Interestingly, the cryptocurrency industry is getting bigger despite all the criticism from Wall Street.

Identity theft is expensive, it costs both businesses and individuals – individuals can expect to lose an average of $1,343 when they fall victim and businesses lose at least $16 billion to identity fraud each year. The time wasted reconciling accounts, emotional stress, and paranoia that victims experience are also parts of the hidden costs of identity theft. Blockchain technology can bring a decisive end to identity theft by powering a personalized, biometric, cryptographically encrypted, and universal individual ID system.

To begin with, users will have more control over the kind of data they choose to share with businesses and brands because you won’t need to reveal your credit card information before you buy stuff online. Secondly, the strong security that blockchain provides will protect personal data from unauthorized access since every “log in” to the database is visible (to all nodes) and recorded. Hence, any attempt to compromise data will be identified from the inception and it would be easier to take proactive and preventative actions instead of reactive and correctional actions.

The global economy has become incredibly connected and interdependent such that it is practically hard to guess correctly where the bacon on your table originated from. In addition, there’s a massive value chain along the supply routes acting as the custodian of trade at the intersection of mining, agriculture, manufacturing, transporting, advertisement, and banking among others. The problem however is that the incredible length of the supply and value chains makes it practically impossible to vet and verify quality controls between the raw materials and the finished product.

When you buy steak in a restaurant, you have to rely on the word of the chef that you are eating grass-fed beef – the restaurant also relies on the words of the supplier – and the supplier relies on the word of the farm. With blockchain technology, it will be easier to verify claims along the supply chain because the proof is encoded in the blockchain. Hence, buyers won’t have to be worried about fraudulent or misleading advertisement because you can verify claims before buying.

The problem with escrow services however is that you’ll unwittingly tie down huge sum of cash while waiting for the counterparty to fulfill their end of the agreement. You’ll also have to pay the escrow company a fee for their service. In addition, you run the risk (albeit small) that the escrow company might be compromised, go out of business, or tricked into releasing funds to the wrong person.

With blockchain technology, people can create simple contracts on the “if this, then that” premise to ensure seamless transactions between counterparties that require a third party for trust. Hence, there’ll be a lower cost of doing business because you don’t have to pay an escrow company. Secondly, businesses can confidently place money in crypto wallets without worrying that the escrow company will disappear overnight.