Cardano price is correcting lower against the US Dollar and Bitcoin. ADA/USD is heading towards a crucial buy zone above $0.3500, which is a strong support.

More importantly, there is a significant bullish trend line in place with support at $0.3550 on the hourly chart of the ADA/USD pair. The trend line support and $0.3600 is close to the 100 hourly simple moving average. Additionally, the 50% Fib retracement level of the last wave from the $0.3196 low to $0.3883 high is positioned around the $0.3540 level. Therefore, it seems like the current correction may find a strong buying interest near the $0.3500-0.3550 levels in the near term. A downside break below $0.3500 could push the price back in a bearish zone in the short term. 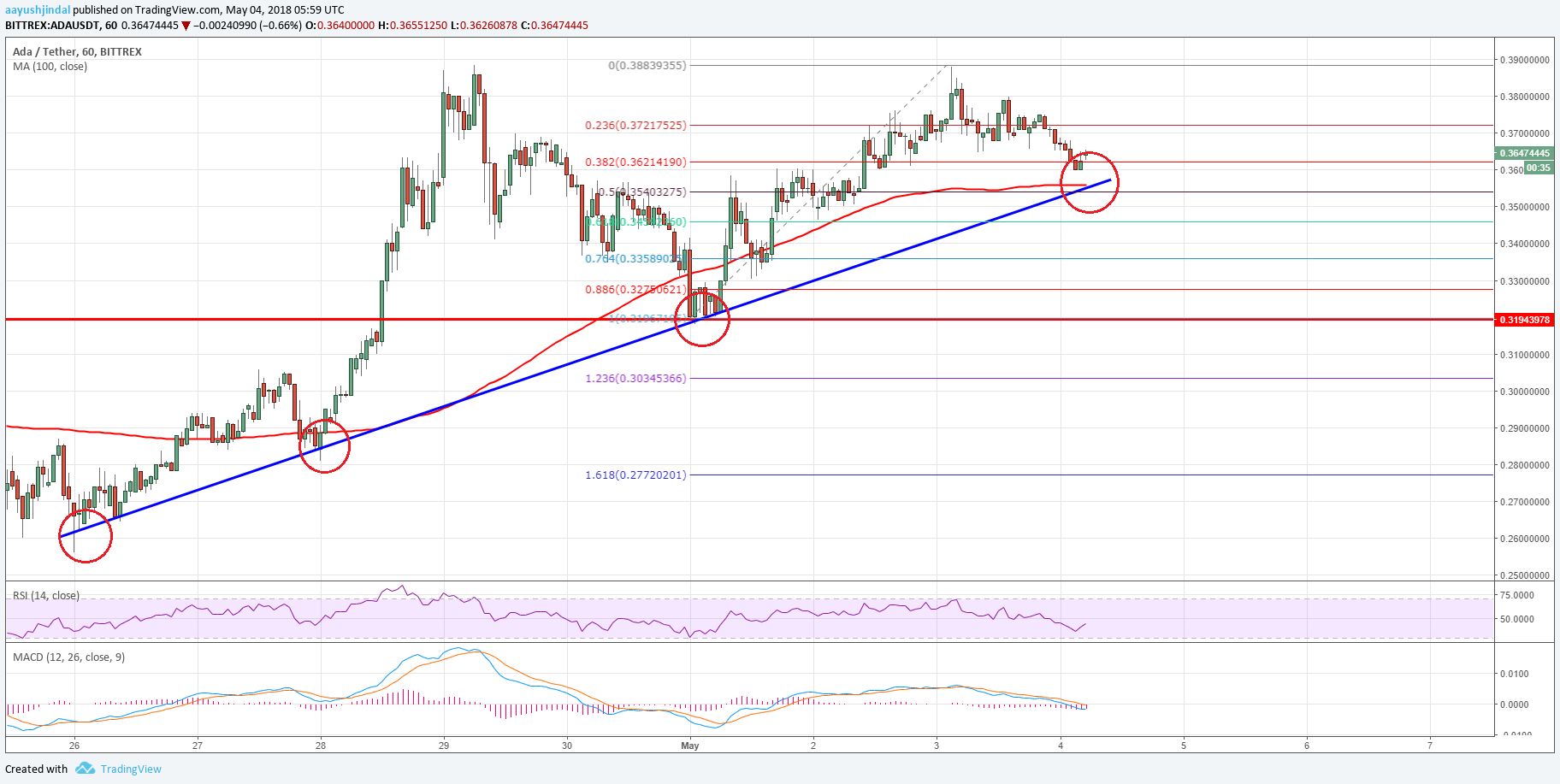 Hourly MACD – The MACD for ADA/USD is slightly negative in the bearish zone.

XRP May Explode Higher After “Destroying” a Macro Downtrend Line