Ethereum price surged higher against the US Dollar and Bitcoin. ETH/USD moved above the $780 level and it looks set to extend gains in the near term.

There was a solid increase in buying interest as ETH price moved above the $750 resistance level against the US Dollar. Yesterday, we discussed that the price could move above the $725 level. It not only broke the $725 level, but moved higher by more than $50. During the upside, it broke the $765 and $780 resistance levels, and traded as high as $789.17. At the moment, the price is correcting lower from $789.17, but remains well supported. 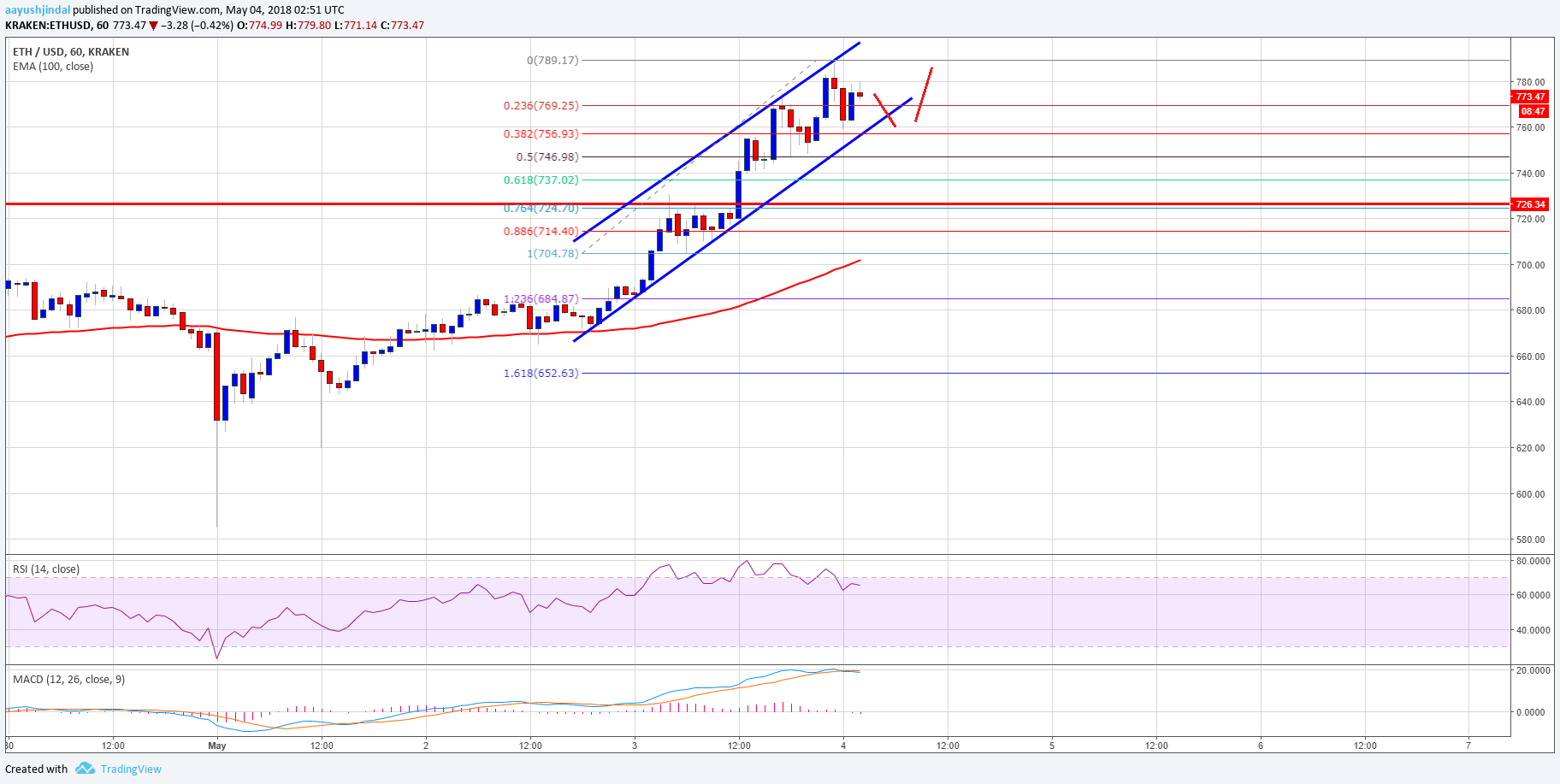 Looking at the chart, any further declines below $746 could be limited. On the upside, the price is facing a tiny resistance around the $788-790 levels. However, the main hurdle for buyers is close to the $800 level.

Hourly MACD – The MACD is placed nicely in the bullish zone.

Hourly RSI – The RSI is currently correcting lower from the 70 level.