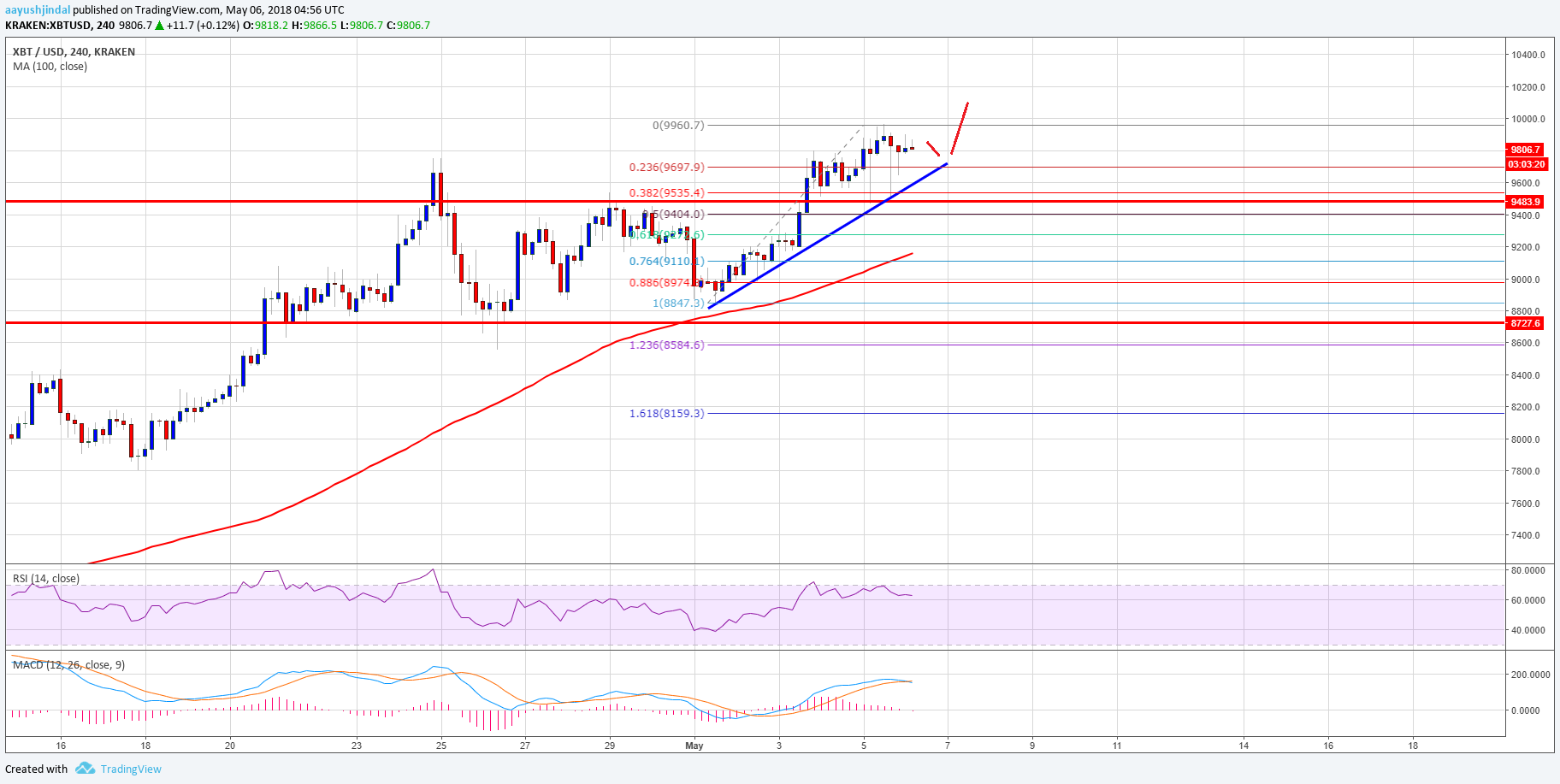 4-hours MACD – The MACD for BTC/USD is slowly reducing its bullish slope.

4-hours RSI (Relative Strength Index) – The RSI is moving lower from the 70 level.