Ripple price is trimming its recent gains against the US Dollar and Bitcoin. XRP/USD may perhaps extend the current decline towards the $0.7900 and $0.7800 support levels. 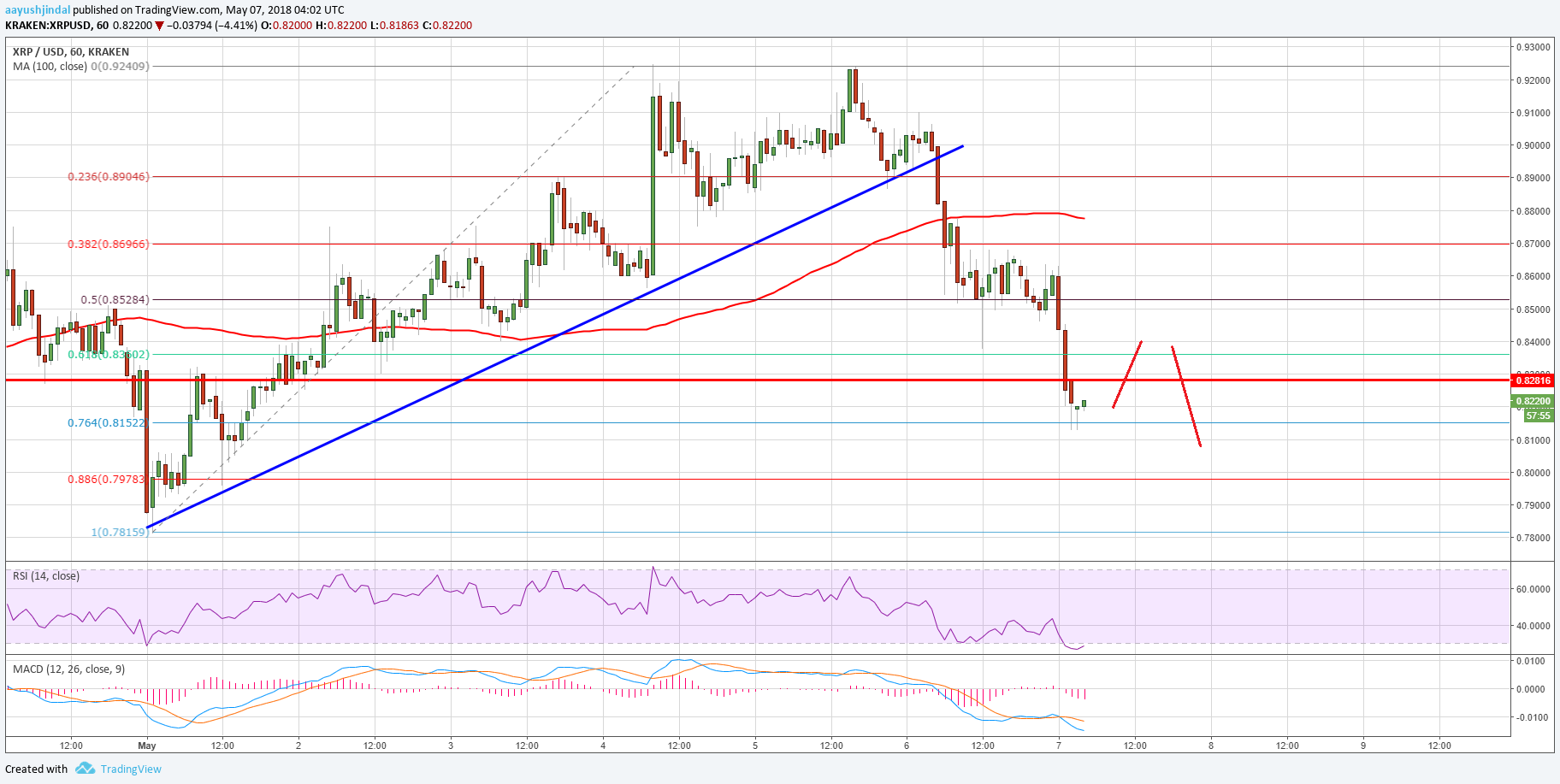 Looking at the chart, the price is clearly under pressure from the $0.9000 swing high. It has trimmed most of its gains and is currently trading near $0.8200. Any further declines may perhaps call for a test of the last swing low of $0.7800.

Hourly RSI (Relative Strength Index) – The RSI for XRP/USD is now near the oversold levels.