Bitcoin cash price is recovering from lows against the US Dollar. BCH/USD is now facing a major hurdle for more gains near the $1,700 level. 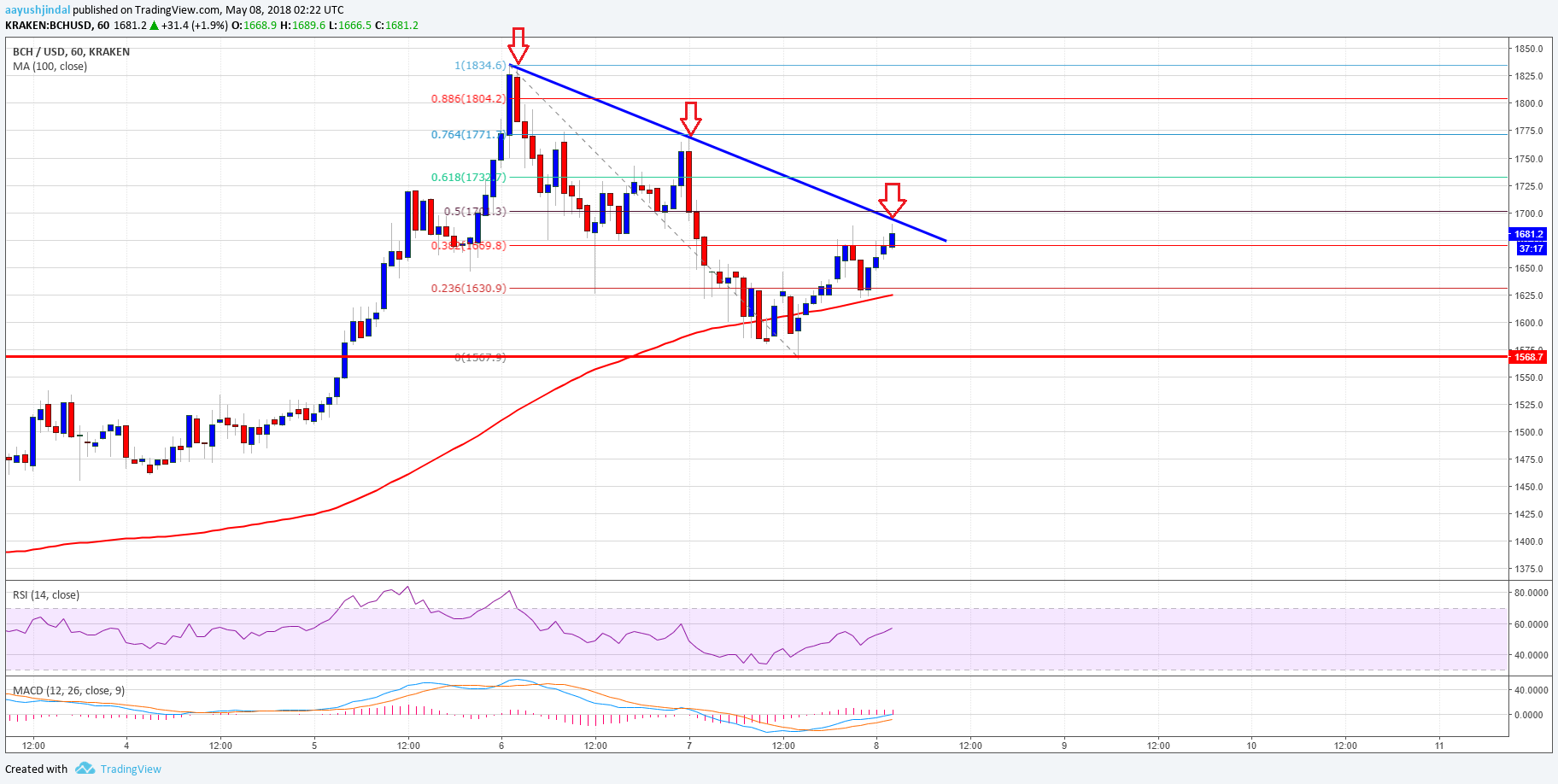 Looking at the chart, it seems like it won’t be easy for buyers to break the $1,700 barrier. On the downside, the $1,625 support is a decent buy zone along with the 100 hourly SMA.