Ripple price is making nice moves against the US Dollar and Bitcoin. XRP/USD buyers must clear a crucial hurdle near $0.8500 to push the price in the positive zone. 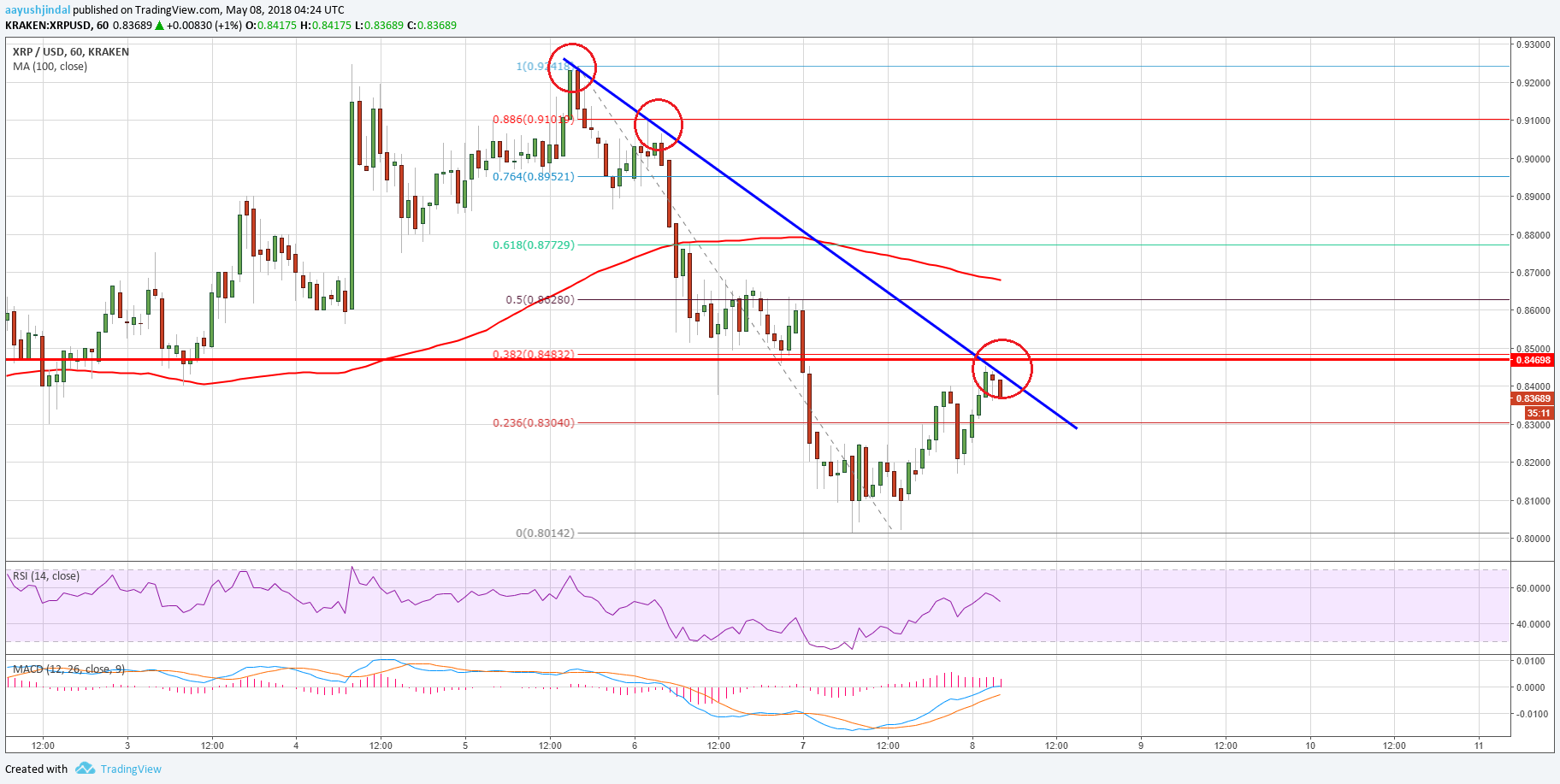