Ripple price is under pressure against the US Dollar and Bitcoin. XRP/USD may continue to move down towards the next key support at $0.7480.

There was an increase in selling pressure from the $0.8500 swing high in Ripple price against the US Dollar. The price initially held the $0.8000 support area and attempted a recovery. However, it could not move above the $0.8500 resistance level, which resulted in a rejection. There was a sharp downside reaction and the price broke the 76.4% Fib retracement level of the last major wave from the $0.7800 swing low to $0.9240 high.

It has opened the doors for more declines below $0.8000. At the moment, the price is trading below the $0.7800 support, which is a bearish sign. If sellers remain in action, the price may decline further towards $0.7500. The next major support is the 1.236 Fib extension of the last major wave from the $0.7800 swing low to $0.9240 high. On the upside, yesterday’s highlighted important bearish trend line is still intact with resistance near $0.7950 on the hourly chart of the XRP/USD pair. 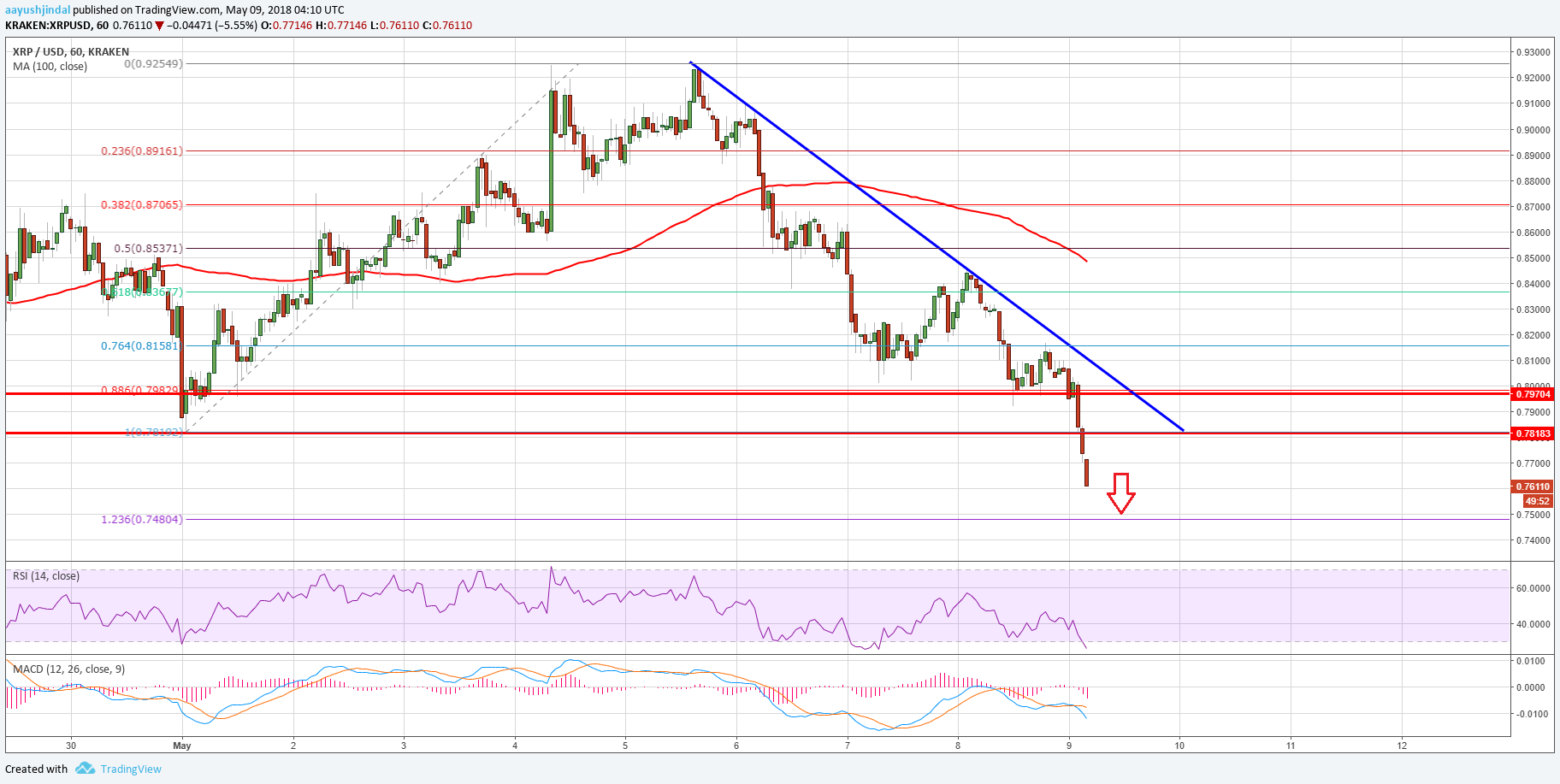