Ripple price is slowly recovering against the US Dollar and Bitcoin. XRP/USD must close above $0.8100 to gain traction and correct further higher towards $0.8400.

The most important move was a break above this week’s highlighted crucial bearish trend line with resistance at $0.8010 on the hourly chart of the XRP/USD pair. The pair even traded a few points above the $0.8000 level. However, the upside move was capped by the 61.8% Fib retracement level of the last drop from the $0.8454 high to $0.7610 low. It is currently moving lower and is testing the previous resistance (now support) at $0.7920. If the price fails to stay above the $0.7920-00 levels, it could decline back towards $0.7600. 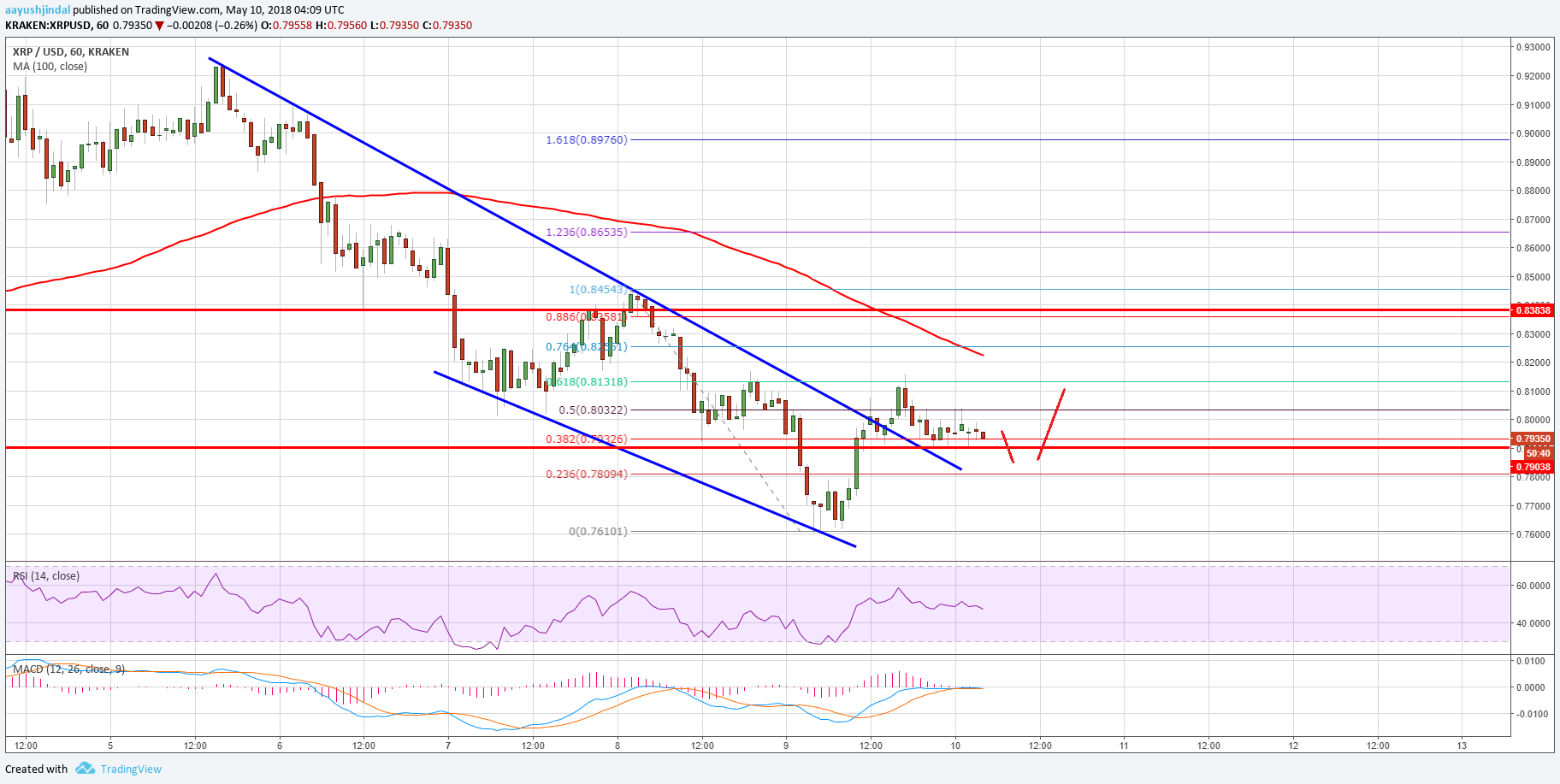 Looking at the chart, the current price action is still bearish as long as the price is below $0.8000 and $0.8100. A proper close above $0.8100 is needed for buyers to gain traction and the price to recover further.