Ethereum price declined heavily against the US Dollar and Bitcoin. ETH/USD may continue to move down if it fails to stay above the $718 support level.

There was a sharp bearish reaction from the $770 resistance in ETH price against the US Dollar. The price started a downside move and declined heavily below $750. It broke many support levels such as $750, $735 and $728. The decline is pointing a sign of a rejection from the $770 level since the price settled below the 100 hourly simple moving average. It even broke the 50% Fib retracement level of the last wave from the $706 low to $766 high.

It traded close the $710 level before buyers appeared. The downside move was protected by the 76.4% Fib retracement level of the last wave from the $706 low to $766 high. At the moment, it is consolidating losses near $720. An initial resistance is near the $728 level, which was a support earlier. It seems like there is a contracting triangle forming with support at $718 on the hourly chart of ETH/USD. If the price fails to move above the $728 and $735 levels, there can be a downside break. 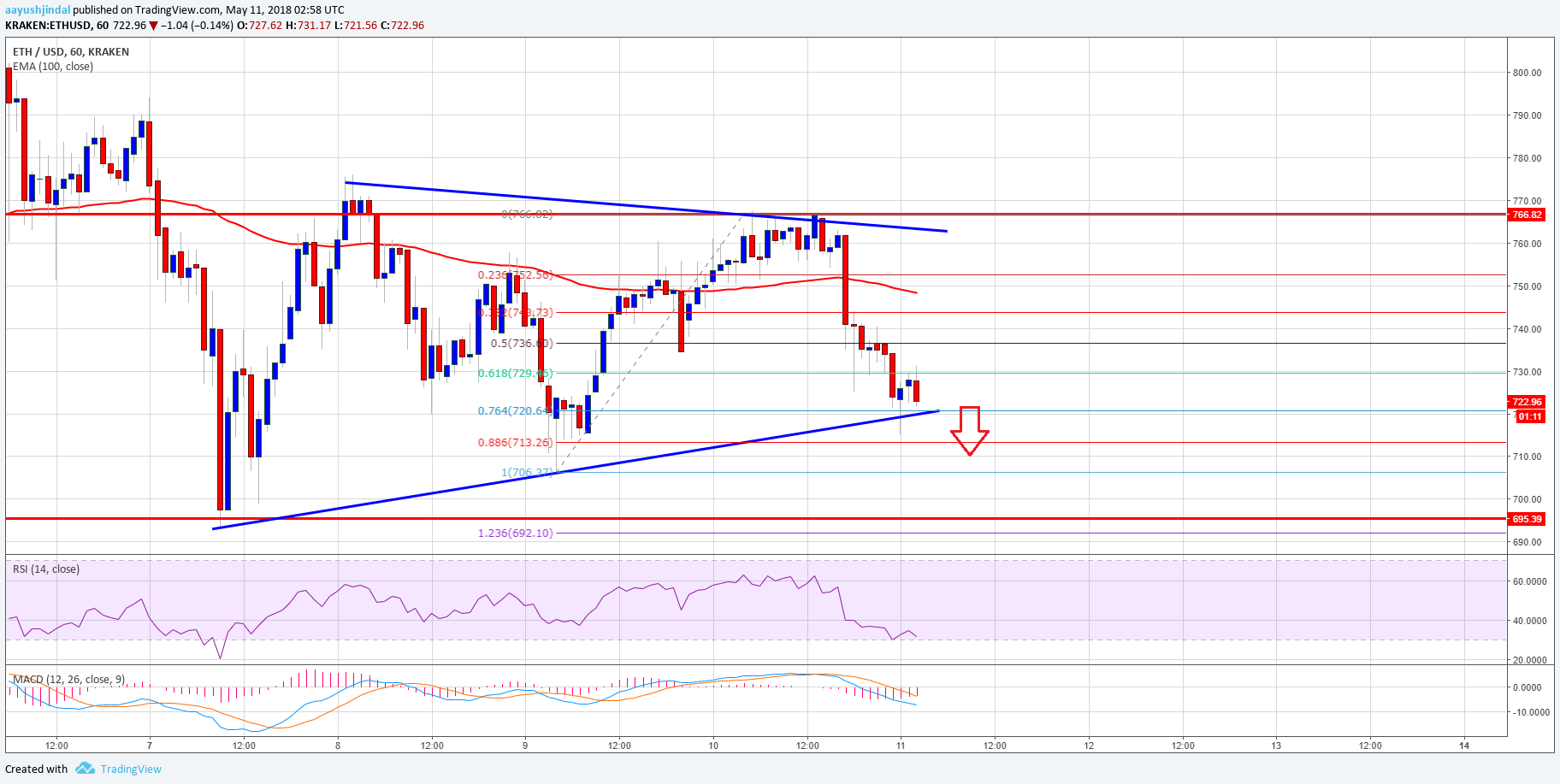 Hourly MACD – The MACD is currently in the bearish zone.

Hourly RSI – The RSI is now placed in the oversold levels.