Bitcoin cash price is currently consolidating below $1,500 against the US Dollar. BCH/USD must stay above the $1,400 and $1,360 support levels to remain in a bullish zone.

There were a couple of swing moves in bitcoin cash price above the $1,360 support level against the US Dollar. The price attempted to move above the $1,500 resistance on a couple of occasions. However, buyers failed to gain upside momentum above $1,500. It seems like the price is struggling to clear a strong sell wall near $1,500 and is currently following the 100 hourly simple moving average. 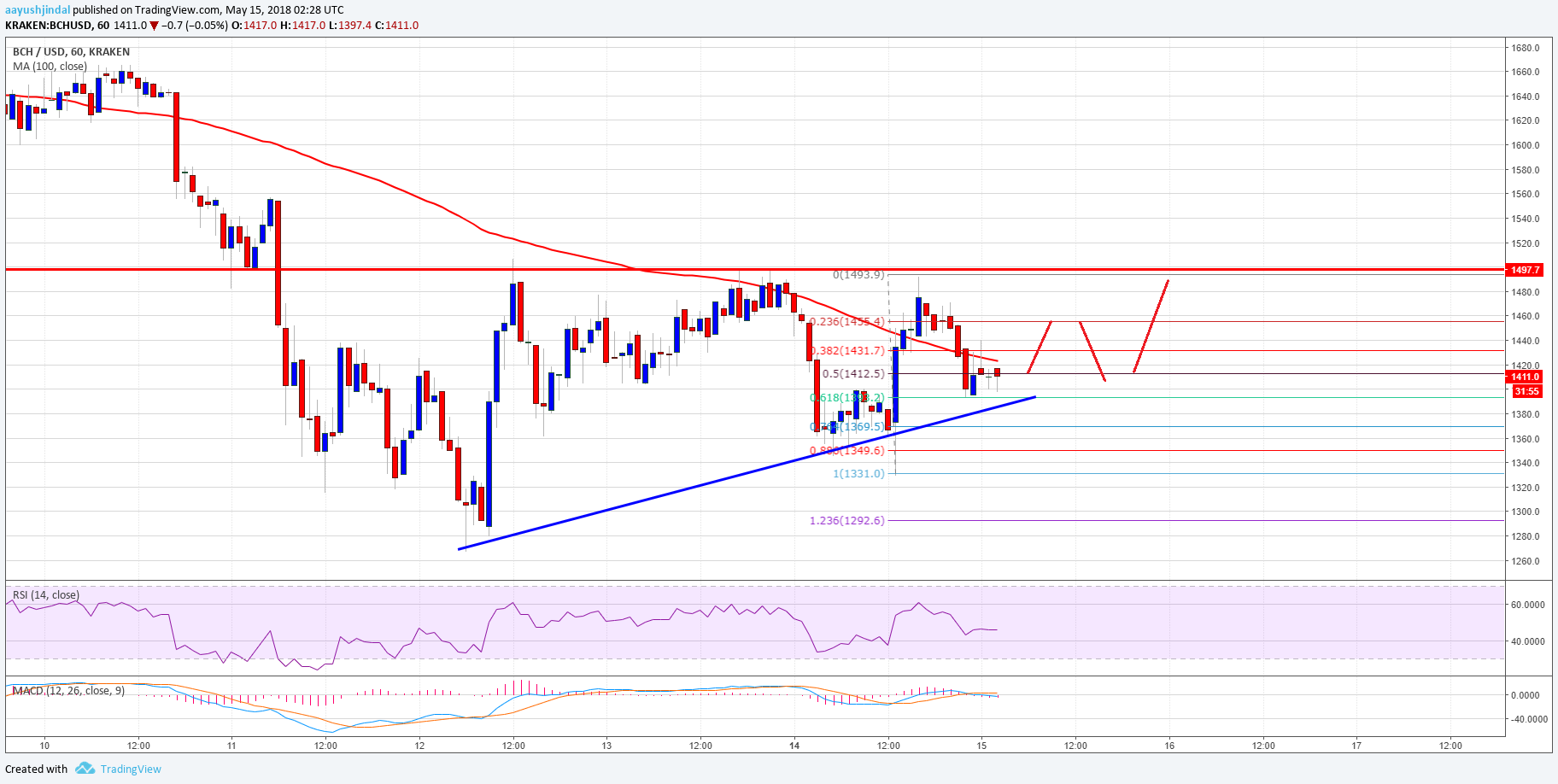 Hourly RSI (Relative Strength Index) – The RSI for BCH/USD is still below the 50 level.