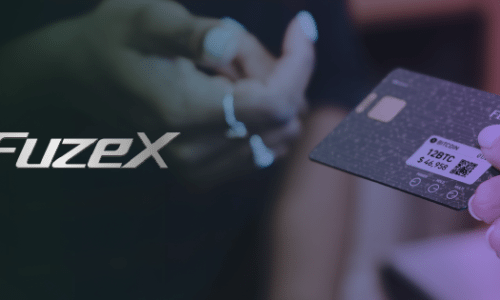 Cryptocurrencies have the potential to change the way people view and use the money. There is a massive push across the world for limiting cash, with Australia becoming the latest country to join the war on cash. In a world where cash use would be limited, cryptocurrencies not only have the potential to emerge as a viable means of payment but may also one day completely replace physical money. Thomas Frey, a senior futurist at the DaVinci Institute was quoted by Time as saying, “Cryptocurrency is very much here to stay”, he also said, “Cryptocurrencies are going to displace roughly 25% of national currencies by 2030. They’re just much more efficient, the way they run.”

However, anyone who has dealt with cryptocurrencies will tell you that while there are several benefits to holding cryptocurrencies, spending them is altogether another story. The acceptance of cryptocurrencies remains spotty.  Even if they are allowed to be used in certain limited areas,  there is usually a cumbersome process in order to utilize them as payment. Furthermore, there are so many cryptocurrencies in existence today that using one of your choices may be nigh impossible at every retail outlet. Now, FuzeX has devised an ecosystem that would not only make it easier to use cryptocurrencies but will also incorporate traditional payment methods like debit and credit as well. Furthermore, their offering will allow users to link their rewards cards as well.

One card to rule them all

Most people who deal with cryptocurrencies will hold a number of them at the same time. FuzeX has devised a card that will allow the use of 15 cryptocurrencies and plan to encompass 10 debit or credit cards as well as 5 reward cards in the future. The card itself has an e-paper display that shows cryptocurrency information such as QR codes and exchange rates, thereby making transactions simpler. The system is completed by a mobile wallet app, which can be used by both iPhone and Android users. This app allows users to track their card in case it is lost and will display the last known location of the card. The wallet also facilitates balance check, account history and exchange rate information. The FuzeX system will be powered by the FuzeX exchange which will allow transactions between crypto to crypto and crypto to fiat. Merchants would be able to receive money in major world currencies like Euro, US Dollar, Yen or the local currency without having to deal with cryptocurrency.

As FuzeX lists with focus on compliance and security

A special consideration has been given by FuzeX to security and compliance. The card, for example, is EMV chip secured and transactions can be conducted with PIN verification. Further, the card is enriched with security features like two-factor authentication and an on-card key.

When it comes to compliance, FuzeX has taken that equally seriously with an in-house counsel already in place to deal with legal issues. A Chief Compliance Officer has also been appointed to look after compliance related issues. FuzeX has engaged a Singapore based law firm and will also hire law firms in other geographic locations who will serve to look after legal and compliance issues.

It should be noted that FuzeX have already concluded a successful token sale during which the hardcap of 40,000 ETH was met by investors. 20,000 ETH worth of tokens each were also sold in private and pre-sales, respectively. The FXT tokens issued by FuzeX are listed on major exchanges like HitBTC, Coss.io, livecoin.net, and Cobinhood.

In the cryptocurrency payment card and ecosystem space, the focus of FuzeX on compliance is important. Other efforts to start similar services have not ended up well. Take the example of TenX, which was thwarted as their card’s partner Wavecrest was dropped by Visa as a partner. In addition, there is a case of Centra, whose co-founders Sam Sharma and Robert Farkas were arrested on  SEC complaint violations after having raised US $32 mln during an ICO. Apparently, no approval was ever received by Centra from Visa or Mastercard for the issuance of cards, according to the New York Times. Even Monaco, a company that promises elegant metal cards, has not been actually issuing any physical cards as of yet. FuzeX’s single card solution is an elegant approach that will simplify payments for cryptocurrency users and will increase the ability of users to spend their money as they wish. Furthermore, the project’s focus on security and compliance is a confidence booster in an era where cryptocurrency payment solutions have failed to get off the ground.