Ripple price traded below key supports against the US Dollar and Bitcoin. XRP/USD is now back in a short-term bearish trend below the $0.7000 support.

This week, we discussed about a major resistance near $0.7500 in Ripple price against the US Dollar. The price struggled to move above the $0.7450 and $0.7500 resistance levels. As a result, there was a downside reaction and the price declined below the $0.7200 support level. There was a sharp increase in selling pressure and the price even broke the 50% Fib retracement level of the last leg from the $0.6300 low to $0.7500 swing high.

More importantly, there was a break below this week’s ascending channel with support at $0.7200 on the hourly chart of the XRP/USD pair. The pair settled below the $0.7000 support and the 100 hourly simple moving average, which is a bearish sign. It seems like the price may decline further if sellers break the 76.4% Fib retracement level of the last leg from the $0.6300 low to $0.7500 swing high at $0.6580. The next support on the downside is near the last swing low at $0.6300. 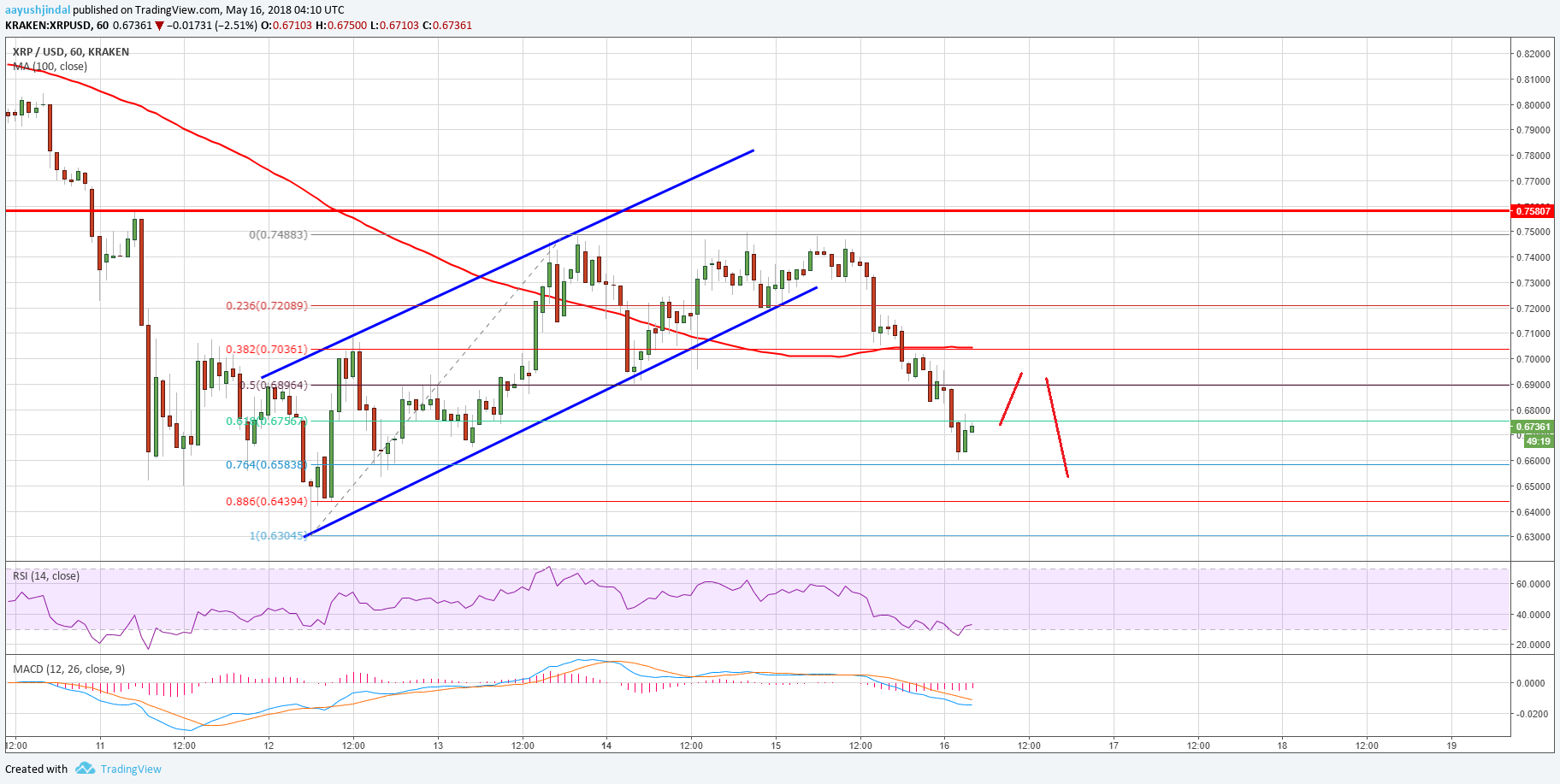 Looking at the chart, the price is clearly under a lot of pressure below $0.7000. If it manages to correct higher, the broken support at $0.7000 and the 100 hourly SMA are likely to act as hurdles for buyers in the near term.

Hourly RSI (Relative Strength Index) – The RSI for XRP/USD is currently placed in the oversold levels.