Ethereum price started an upside move against the US Dollar and Bitcoin. ETH/USD is currently trading above $700 and it may correct further higher towards $725-730.

Yesterday, we saw a major downside move below $700 in ETH price against the US Dollar. The price traded close to the $675 level and formed a low at $677. Later, the price started consolidating gains above $675 before starting an upside move. It seems like the 61.8% Fib retracement level of the last wave from the $636 low to $742 high acted as a decent support and protected further losses.

During the recent correction, the price moved above the $692 resistance. There was also a break above a contracting triangle pattern with resistance at $700 on the hourly chart of ETH/USD. Later, the pair managed to break the $708 resistance and the 100 hourly simple moving average. Buyers also pushed the price above the 50% Fib retracement level of the last decline from the $740.18 high to $677.12 low. The recent price action suggests that the price managed to recover nicely above $700. However, there are still many hurdles for buyers near $725 and $730. 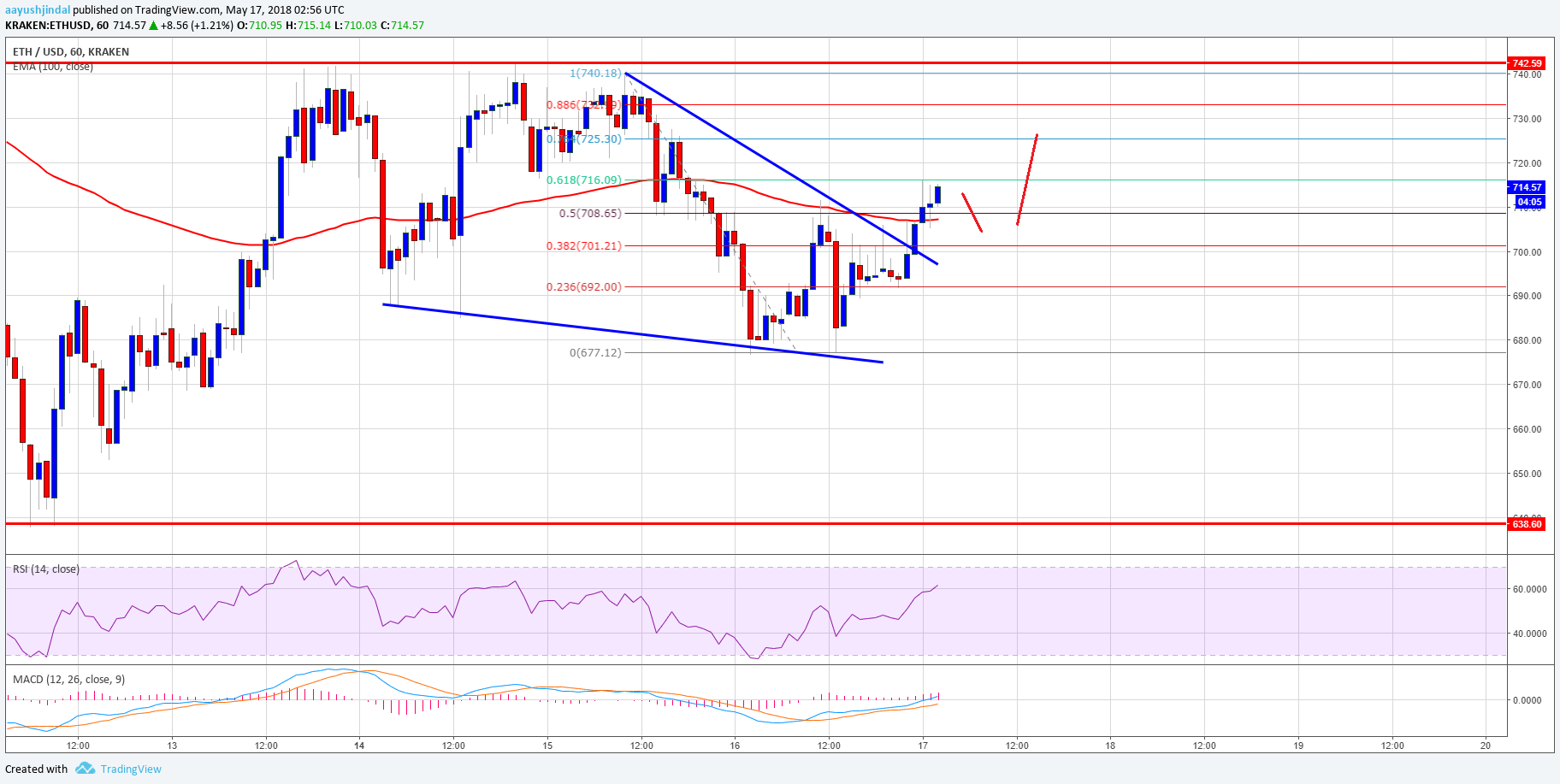 Hourly MACD – The MACD is back in the bullish zone.