Ethereum price is back in a positive zone against the US Dollar and Bitcoin. ETH/USD has to remain above the 100 hourly SMA to extend gains above $715.

The past few sessions were mostly positive for ETH price as it moved above the $690 and $700 resistance levels against the US Dollar. The price even spiked above the $720 level, but it failed to extend gains towards $740. A high was formed at $724.80 before the price started a downside correction. It declined and moved below the $720 and $715 levels. 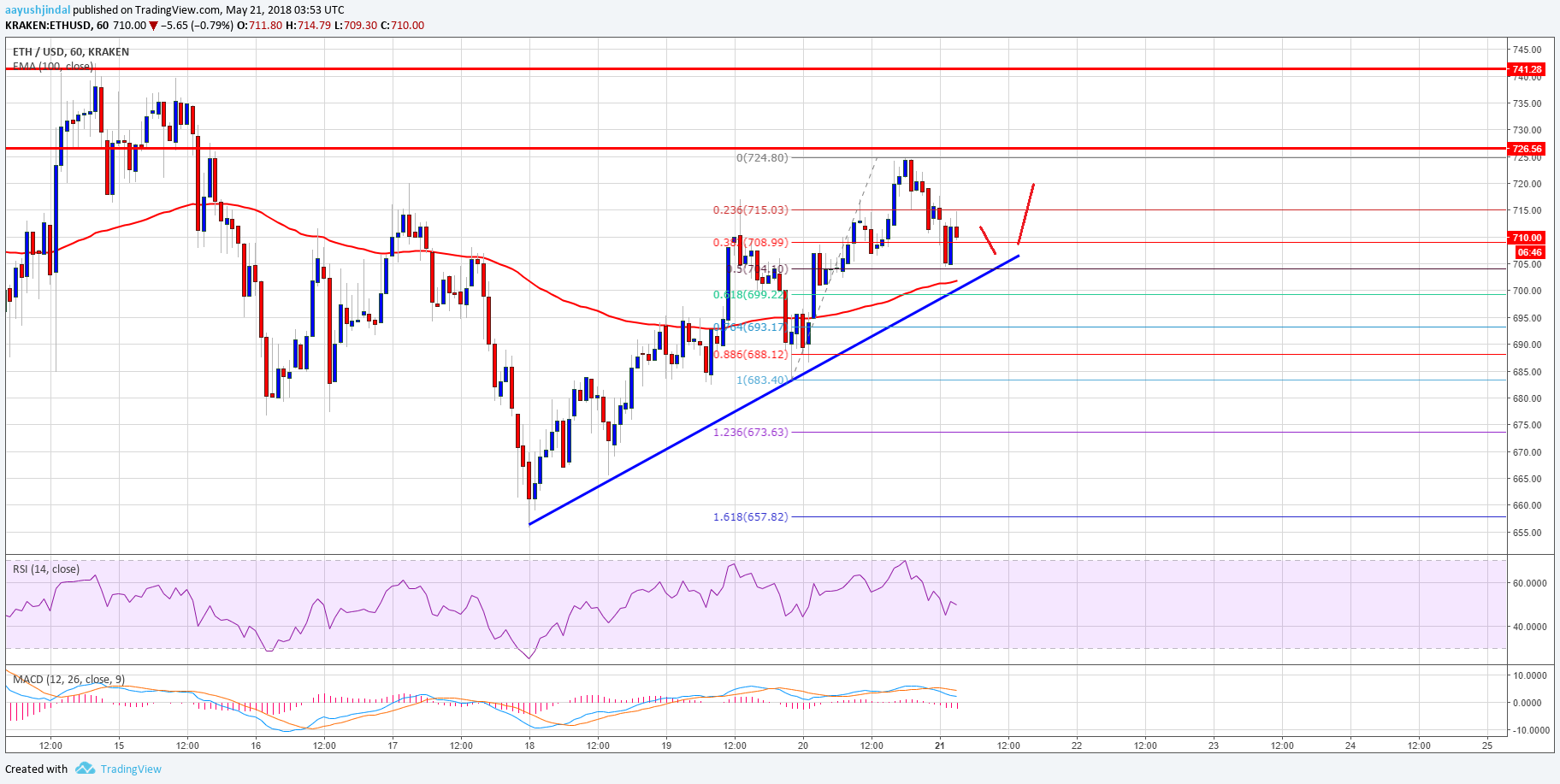 Looking at the chart, the price is likely to move higher as long as it is above $704 and the 100 hourly SMA. On the upside, a break above the recent high of $724 could open the doors for a push towards the $740 resistance.

Hourly RSI – The RSI is struggling to hold the 50 level.