Ethereum Price Analysis: ETH/USD Back Below $700

Ethereum price is under pressure against the US Dollar and Bitcoin. ETH/USD broke a key support at $708 and it may well trade below $680 in the near term.

After a failure to move above the $724-725 resistance, ETH price started a downside move against the US Dollar. The price declined and moved below the $710 and $700 support levels. During the decline, it cleared the 50% Fib retracement level of the last leg from the $656 low to $724 high. It opened the doors for more losses and the price closed below the $700 support and the 100 hourly simple moving average.

More importantly, yesterday’s highlighted important bullish trend line with support at $707 was broken on the hourly chart of ETH/USD. The pair tested the 61.8% Fib retracement level of the last leg from the $656 low to $724 high. It may correct a few points in the near term towards $700. However, the broken support at $700 and the 100 hourly SMA are likely to prevent gains. If buyers succeed in surpassing the $700 hurdle, the price could retest the $724-725 resistance zone. 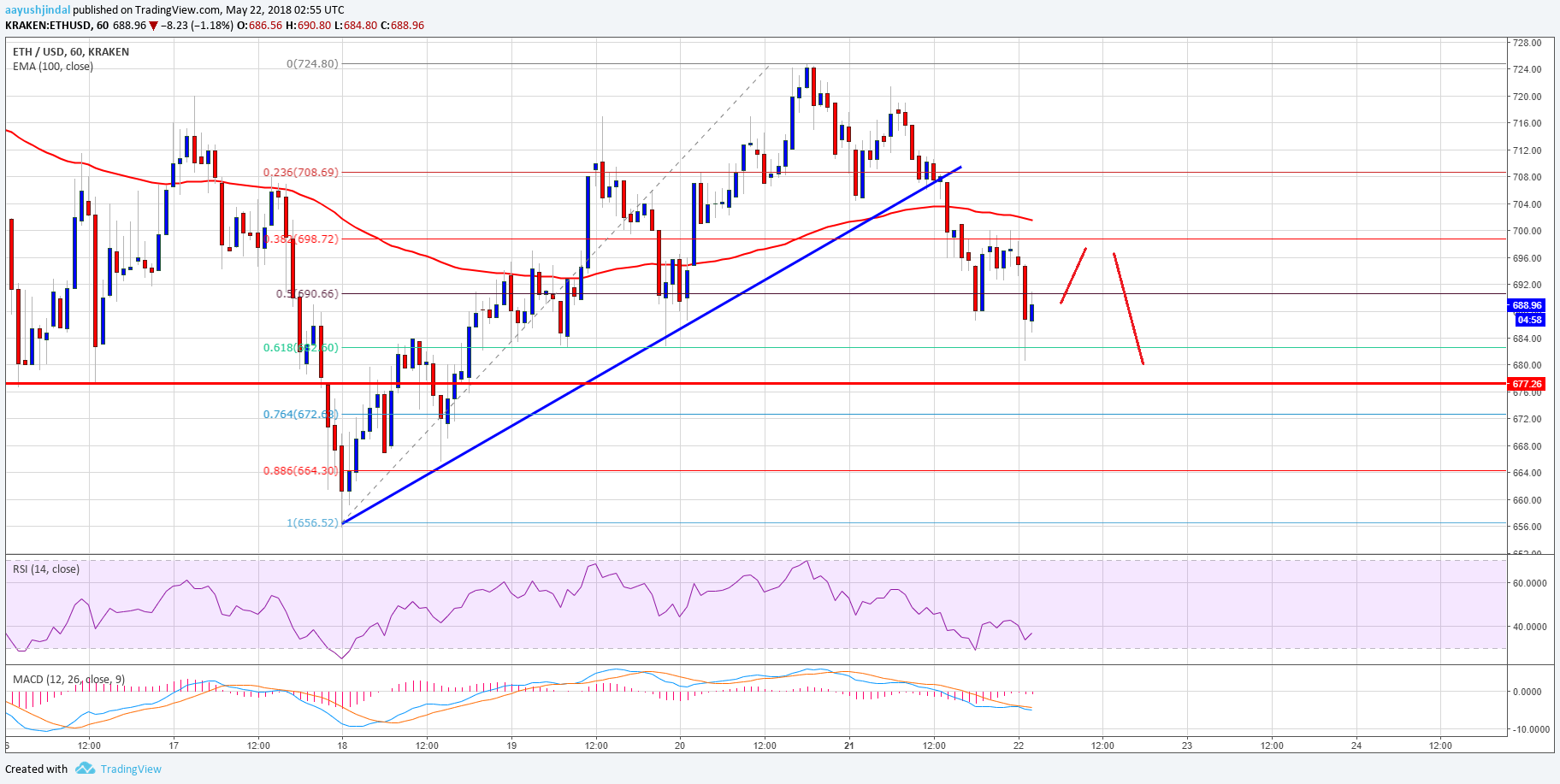 Looking at the chart, the price is currently under pressure below $700. It seems like it may accelerate declines towards the next support near $677. Any further declines below $677 may well put a lot of pressure on bulls and the price might drop towards the last swing low of $656.

Ethereum Price Analysis: ETH/USD Back Below $700 was last modified: May 22nd, 2018 by Aayush Jindal