Next Article: Bitcoin (BTC) Price Watch: Bears Might Not Be Done Yet

Litecoin is trading inside a descending triangle and is due to test the bottom, possibly gearing up for a breakout soon.

The 100 SMA is below the longer-term 200 SMA to signal that the path of least resistance is to the downside. In other words, support is more likely to break than to hold.

The 200 SMA also lines up with the top of the triangle to add to its strength as a ceiling. A break below support could lead to a drop of the same height as the formation, which spans $131 to $160.

RSI appears to have bottomed out and looks ready to turn higher, likely drawing buyers back in. Stochastic is also pulling up from oversold levels to signal a return in buying momentum. 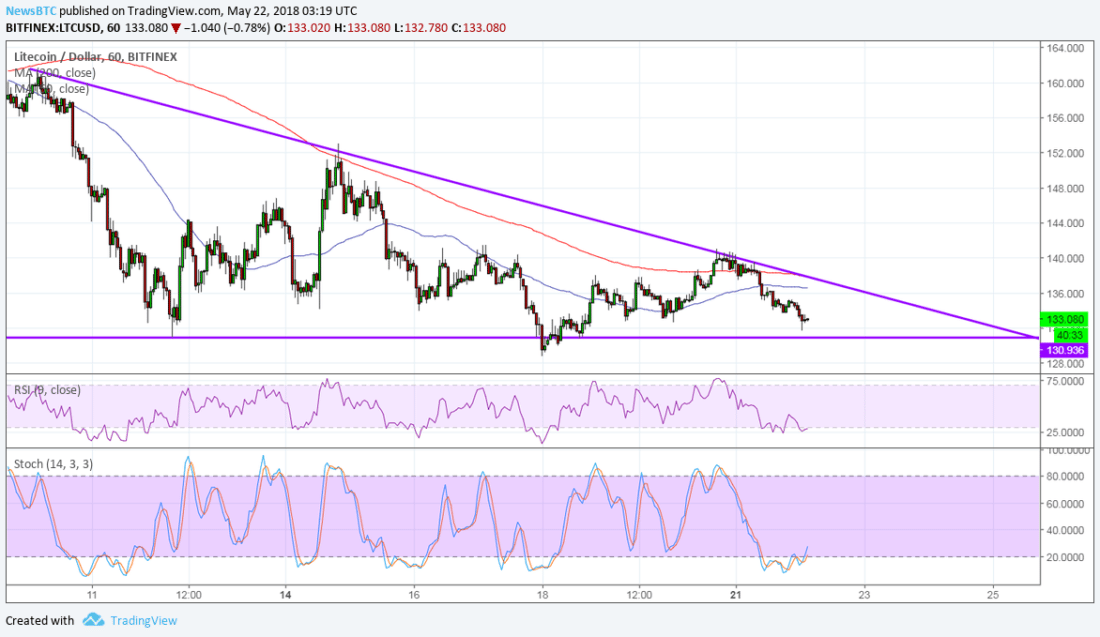 Litecoin has lagged behind most of its altcoin peers recently as there have been no positive developments on its front. Its founder Charlie Lee has been tweeting about positive updates, but traders take this with a grain of salt since he already liquidated his litecoin holdings.

Meanwhile, the dollar has been strongly supported by fundamentals on stronger rate hike hopes. Although some policymakers have expressed concerns about the slack in the labor market and tepid wage growth, US bond yields keep rising on expectations of two or three rate hikes this year.

The FOMC minutes are up for release this week and Fed rhetoric could still shape dollar price action. Hawkish remarks could lead to a breakdown for LTCUSD while cautious comments could lead to another bounce to the triangle top.

Litecoin (LTC) Price Watch: Is a Triangle Breakout Underway? was last modified: May 22nd, 2018 by newsbtc