Ethereum price declined heavily against the US Dollar and Bitcoin. ETH/USD is now well below $655 and is eyeing more downsides in the near term.

The past few sessions were pretty bearish as ETH price failed to break above the $700 resistance level against the US Dollar. The price started a major downside move and broke the $685 and $655 support levels. The decline was such that the price settled below $650 and is currently trading below 100 hourly simple moving average. It traded as low as $625.45 recently and is currently in a bearish zone. 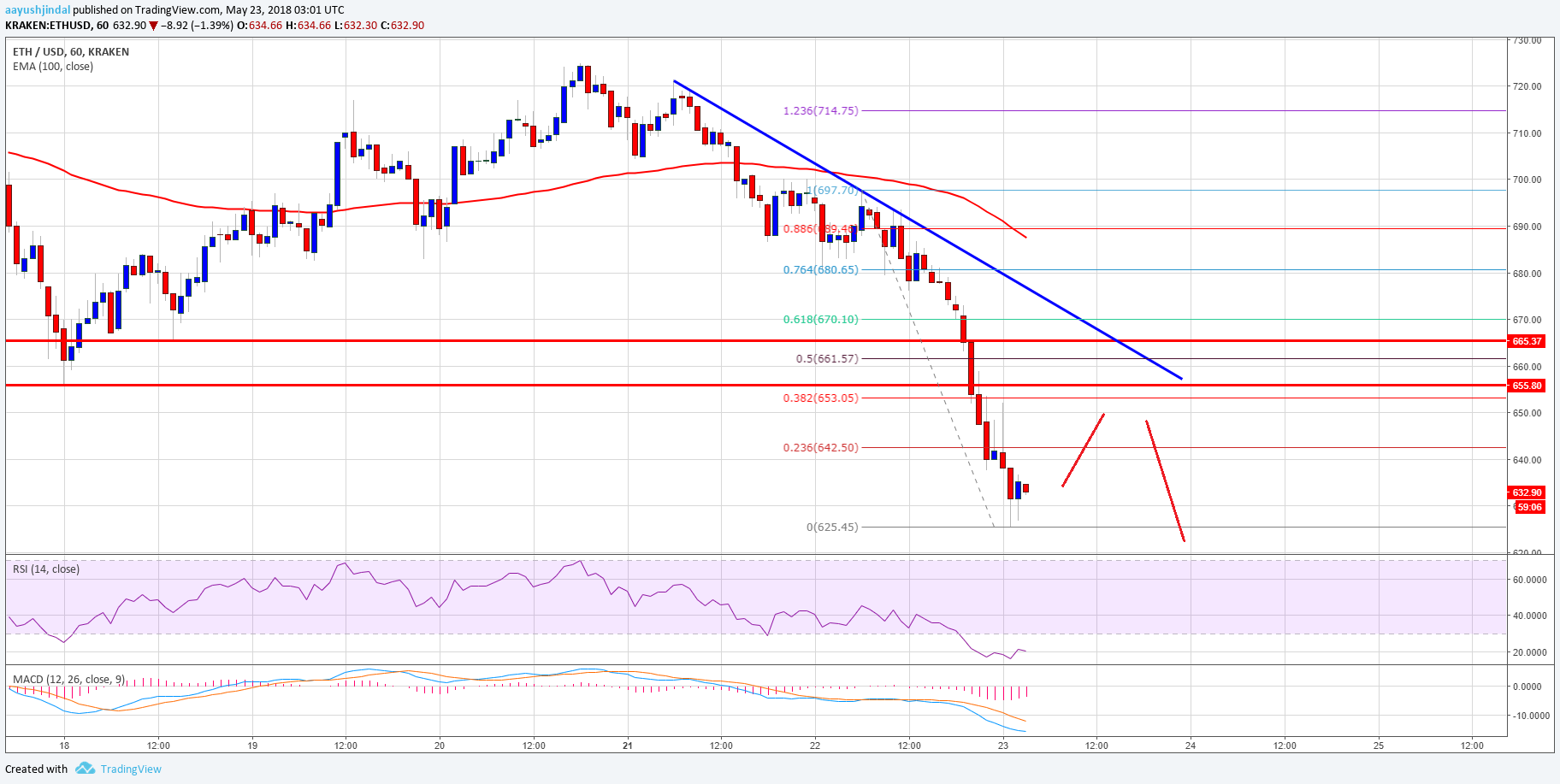 Looking at the chart, the price was clearly rejected from the $700 zone. It fell sharply and the bias turned bearish with a close below $655. On the downside, a break below the $625 low might push the price towards the $600 level.

Hourly RSI – The RSI is now near the oversold levels.