Bitcoin cash price failed to recover and declined below $1,000 against the US Dollar. BCH/USD may correct higher, but upsides are likely to be limited.

There was a sharp increase in selling pressure from $1,150 in bitcoin cash price against the US Dollar. The price declined sharply and broke many supports such as $1,100 and $1,050. The decline was such that sellers succeeded in pushing the price below the $1,000 handle. BCH is now trading well below the $1,100 pivot level and the 100 hourly simple moving average. 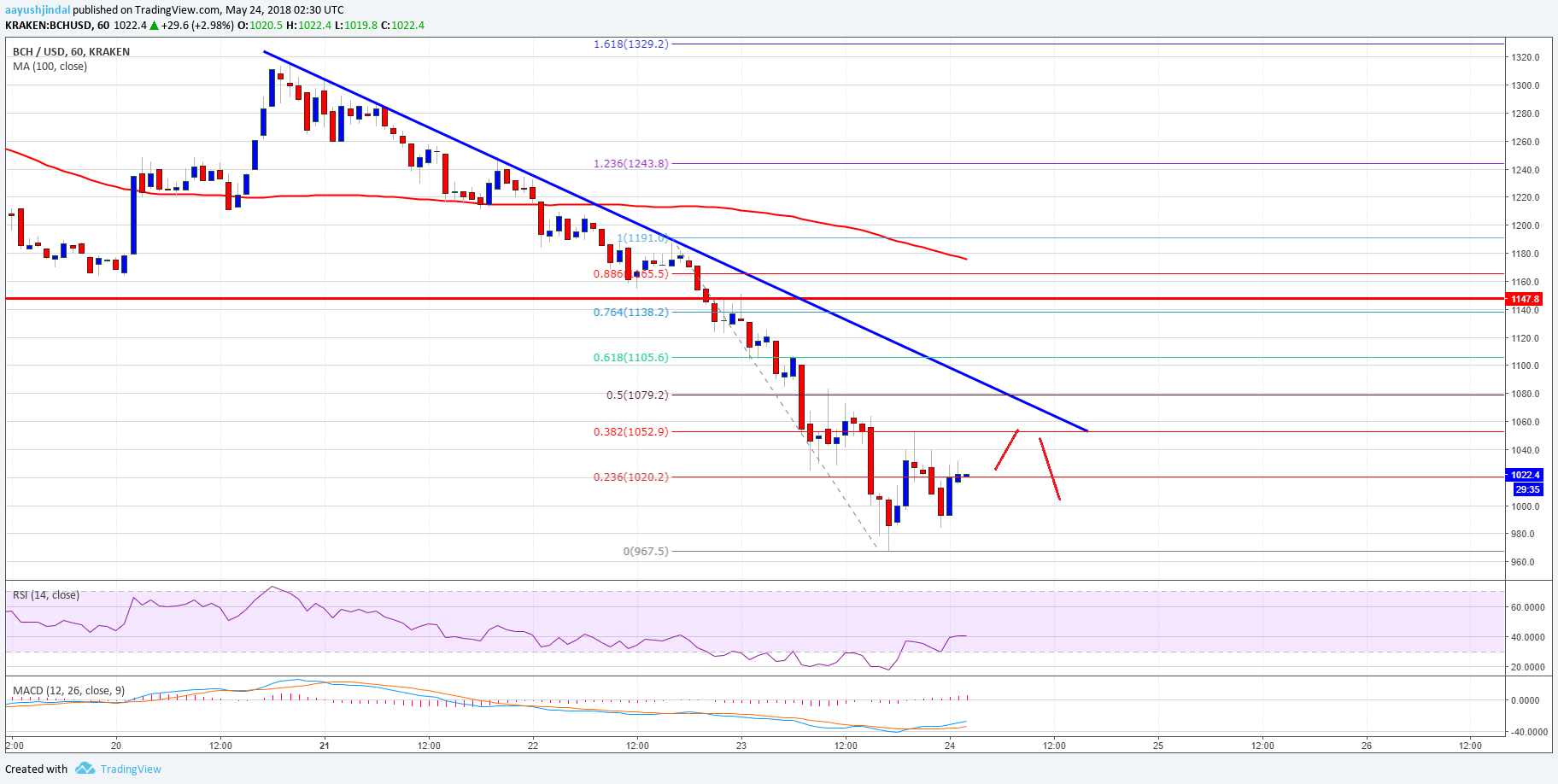 Looking at the chart, the price is in a bearish trend with a decent support near $960-80. A break below the mentioned $960 support may open the doors for a push towards the $900 level.

Hourly MACD – The MACD for BCH/USD is slowly recovering in the bullish zone.

Hourly RSI (Relative Strength Index) – The RSI for BCH/USD is moving higher and is currently 40.