Bitcoin price nosedived towards $7,500 against the US Dollar. BTC/USD is currently recovering ground towards a few key barriers like $7,800 and $8,000.

The past 5-6 sessions were mostly bearish as bitcoin price tumbled below the $8,000 support against the US Dollar. The BTC/USD pair declined sharply and even broke the $7,600 support level. It traded towards the $7,400 level before finding buyers. A low was formed near $7,440 from where a fresh upward correction was initiated and the price moved above $7,600. 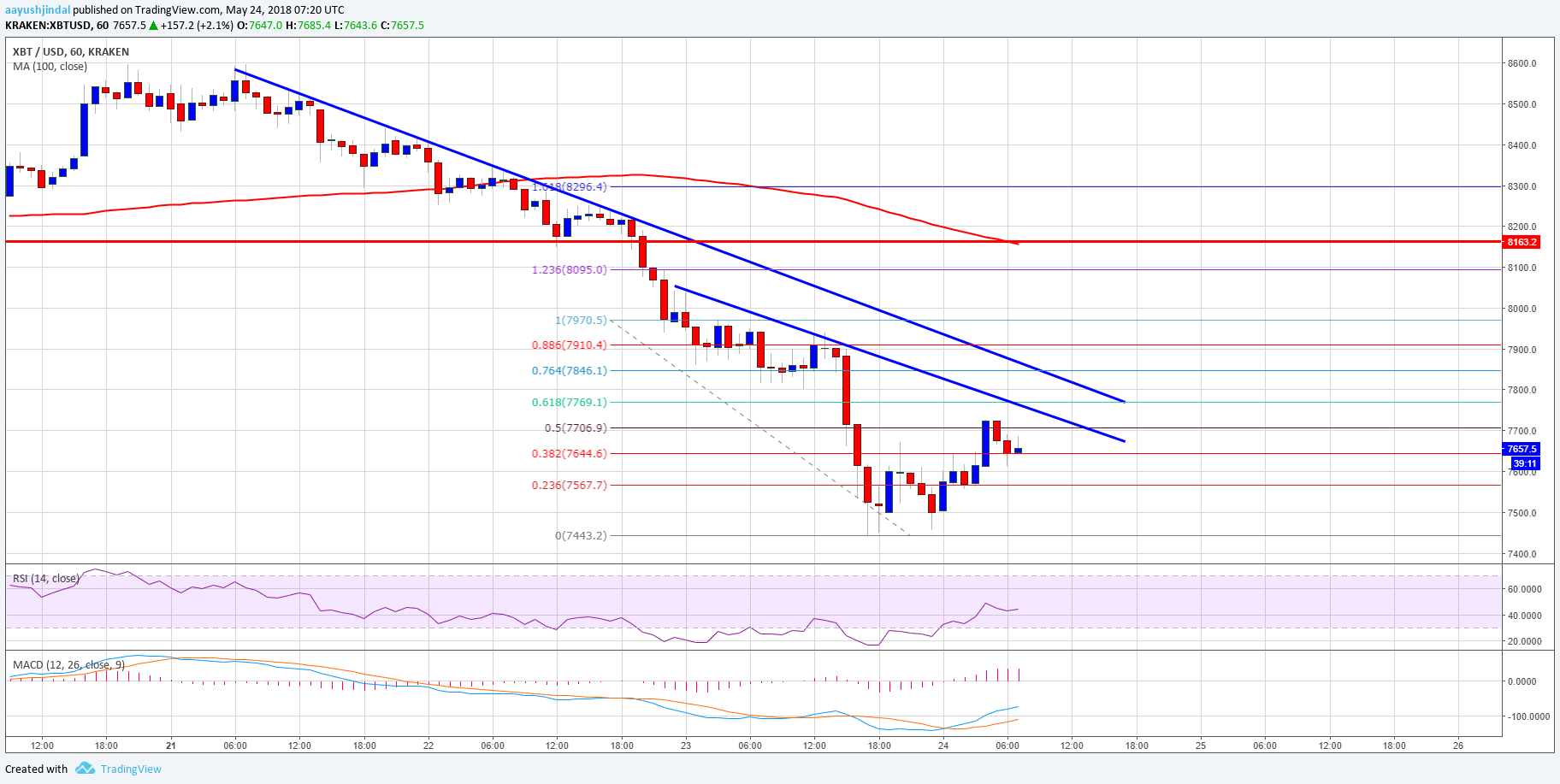 Looking at the chart, the price is showing a few positive signs above $7,500. Having said that, a break above the $8,000 barrier is must for buyers to gain control. On the other, if buyers fail to push the price above $8,000, there is a risk of yet another slide back to $7,500.

Hourly RSI (Relative Strength Index) – The RSI is struggling to move back above the 50 level.