Ethereum Price Analysis: ETH/USD Back Below $600

Ethereum price fell sharply against the US Dollar and Bitcoin. ETH/USD settled below the $600 support and it may continue to decline in the near term.

There was a solid downside move in ETH price from the $650 swing high against the US Dollar. The price was rejected during yesterday’s correction near $650-655. As a result, there was a major drop and the price moved below the $620 and $600 support levels. The drop was crucial as the price settled below $600 and it is currently trading well below the 100 hourly simple moving average. 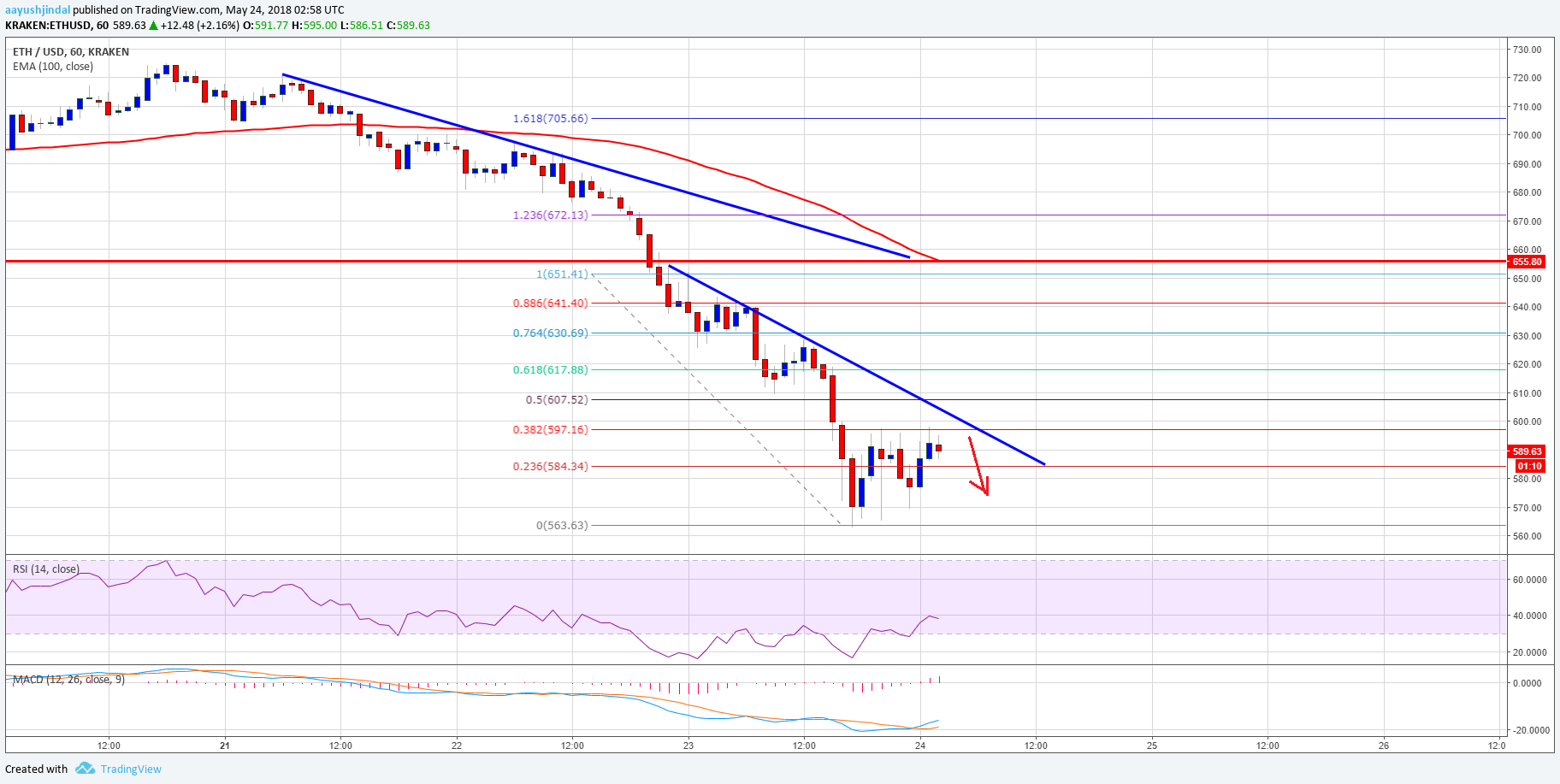 Looking at the chart, the price may consolidate in the short term around $580. However, buyers need to push the price above $600 and $620 to initiate a substantial recovery. On the downside, the recent low near $563 is a short term support followed by the $550 support zone.

Hourly MACD – The MACD is showing a few signs of a recovery in the bullish zone.

Hourly RSI – The RSI is correcting higher towards the 45 level.