Ripple price is slowly recovering against the US Dollar and Bitcoin. XRP/USD may face a tough challenge near the $0.6500 resistance level, which was a support earlier.

More importantly, this week’s followed crucial bearish trend line with resistance at $0.6200 was broken on the hourly chart of the XRP/USD pair. On the upside, the next major hurdle for buyer is near $0.6400. It represents the 50% Fib retracement level of the last slide from the $0.7068 high to $0.5758 low. Further above $0.6400, the $0.6500 level is a crucial barrier. The stated $0.6500 level was a support earlier, and now it is likely to prevent further gains. Additionally, the 100 hourly simple moving average is positioned near $0.6410, which is another important resistance. 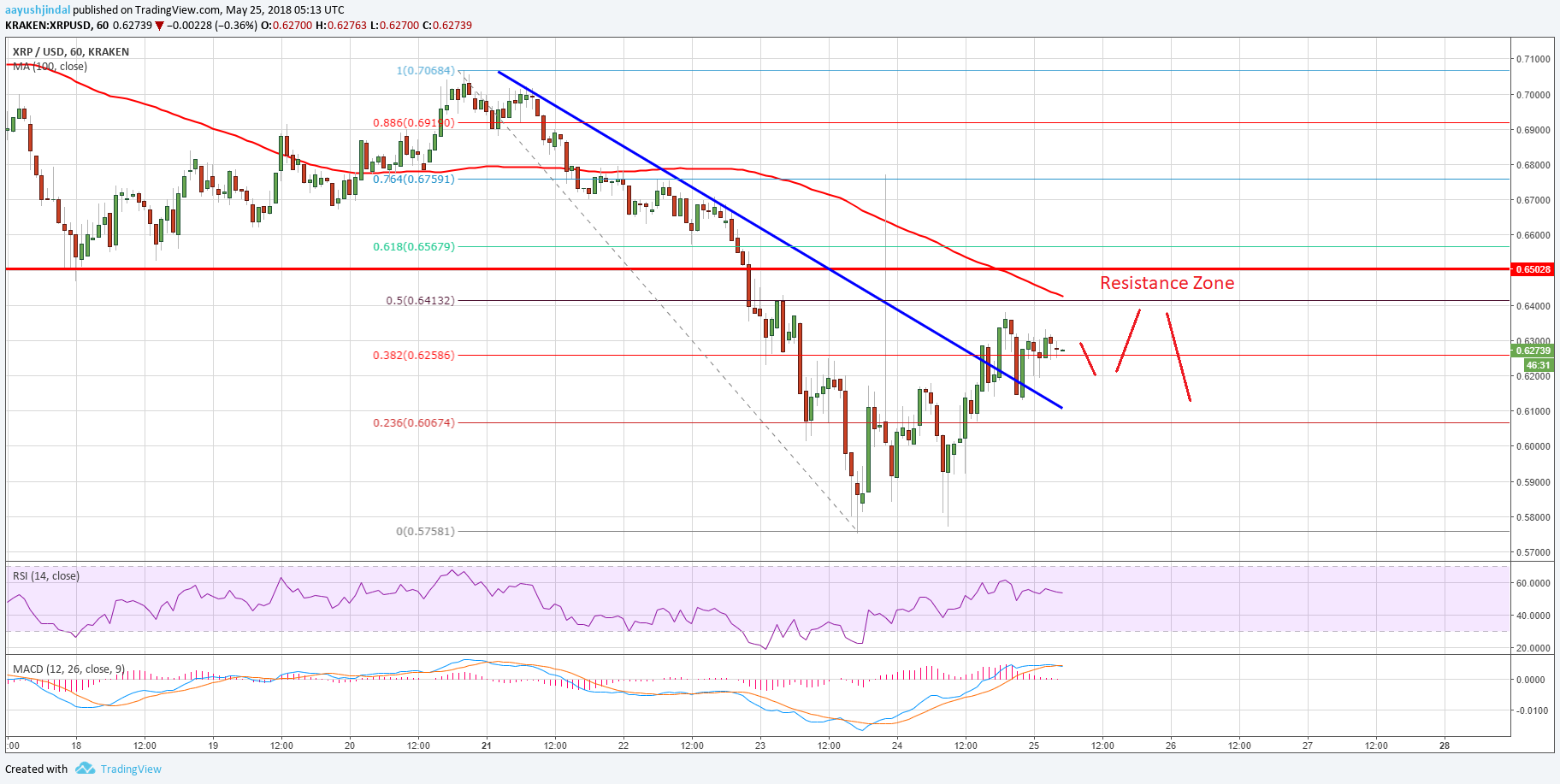 Hourly MACD – The MACD for XRP/USD is currently flat in the bullish zone.