Around a Dozen Airdrops are Coming to EOS Holders 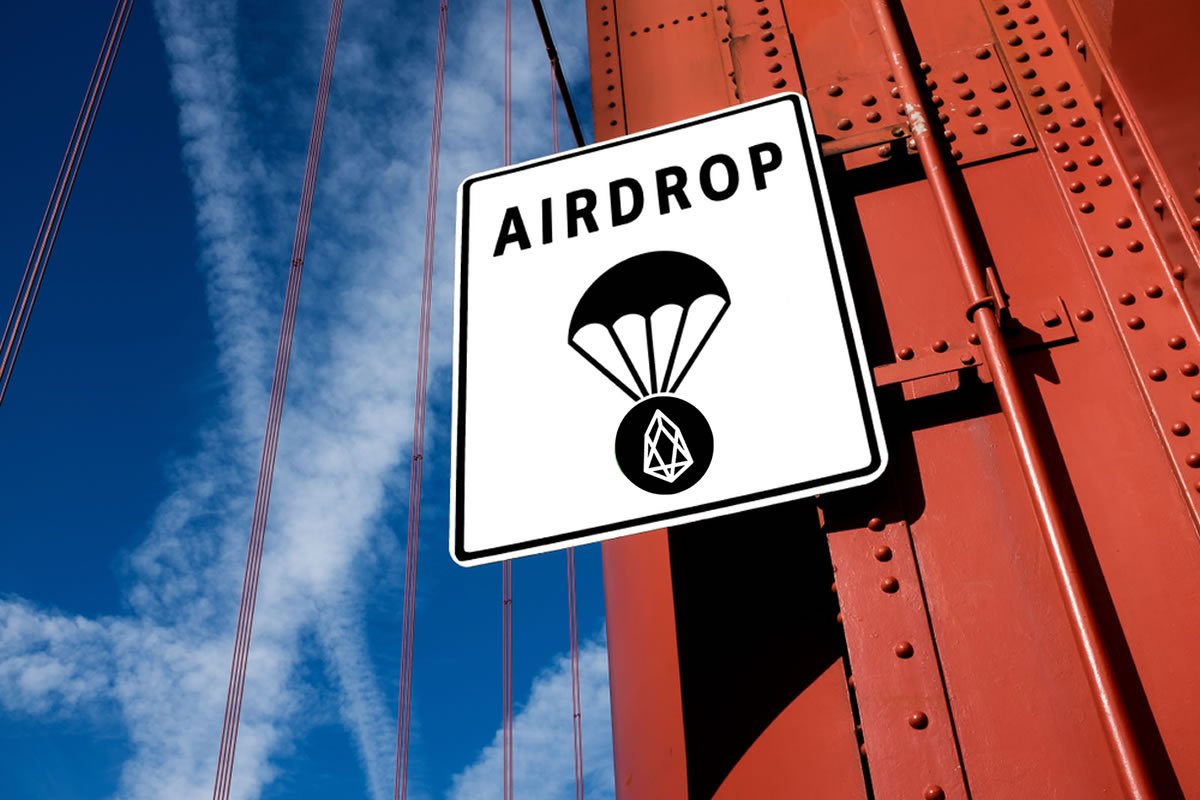 The coming months will be crucial for all cryptocurrencies. So far, the markets are not looking all that impressive, with little to no improvements in sight. At the same time, there is some good news for EOS holders. Various airdrops are coming to holders in the next few weeks and months.

The EOS Airdrops are Coming

One of the unusual benefits of holding specific cryptocurrencies is how one can be entitled to an airdrop. This issuance of “free coins or tokens” usually affects the major cryptocurrencies. In the past, Bitcoin and Ethereum users have seen their fair share of such tokens appearing out of nowhere. It now seems EOS holders will go through a similar phase. Raising awareness for new blockchain projects requires a unique approach.

Rather than raising money through an ICO, these projects are giving away value. It is a conscious decision which benefits all parties involved. EOS holders receive these tokens for exciting projects, and the project creators issue tokens to themselves as well. Later on, some of those tokens are sold across exchanges for additional project funding. It is a tried and tested business model which usually works out pretty well.

As such, the EOS user base will see a fair few new tokens make their way to the ecosystem. The list is growing steadily, with the first airdrops to occur in the coming weeks. Chaince will be the first project to do so, with 900 million of the 2 billion tokens being airdropped on June 15th. Having an active “stake” in a new asset trading platform for EOS projects will certainly appeal to some users.

The Value of Aidropped Tokens

One thing worth taking note of is how these EOS airdrops work. Most projects issue 1 token per user in exchange for every EOS in their portfolio. For “whales”, this means a lot of free money will be heading their way in the coming weeks. All of these tokens will still need to achieve some form of monetary value on their own accord. That will not be easy, albeit some of these airdrops are seemingly in a rather advanced stage of development.

With nearly a dozen airdrops on the horizon for EOS users, an interesting future lies ahead. It further confirms developers are building new products and services on top of this ecosystem. More competition is a good thing in this regard. As of right now, most people tend to focus on the Ethereum blockchain for such purposes. Additionally, NEO is also gaining some traction in this regard.

The big question is whether or not these airdrops bring additional value to EOS. The projects they represent seemingly are on the right track to success. However, they are all in an unfinished state, and without initial excitement, their chances of success will diminish quickly. An interesting year lies ahead for EOS at this rate. Airdrops will continue to be a big part of the cryptocurrency ecosystem moving forward.

Tags: airdropeostokens
TweetShare
BitStarz Player Lands $2,459,124 Record Win! Could you be next big winner? Win up to $1,000,000 in One Spin at CryptoSlots