Cardano price is moving nicely in a bullish zone against the US Dollar and Bitcoin. ADA/USD is likely to resume its uptrend once the current correction is over.

There were solid gains in ADA price from the $0.1900 swing low against the US Dollar. The price surged higher and broke many resistance levels such as $0.2000 and $0.2080. More importantly, there was a break above a crucial resistance at $0.2150. It traded as high as $0.2280 before sellers appeared. It is currently correcting lower and moved below the $0.2250 level. 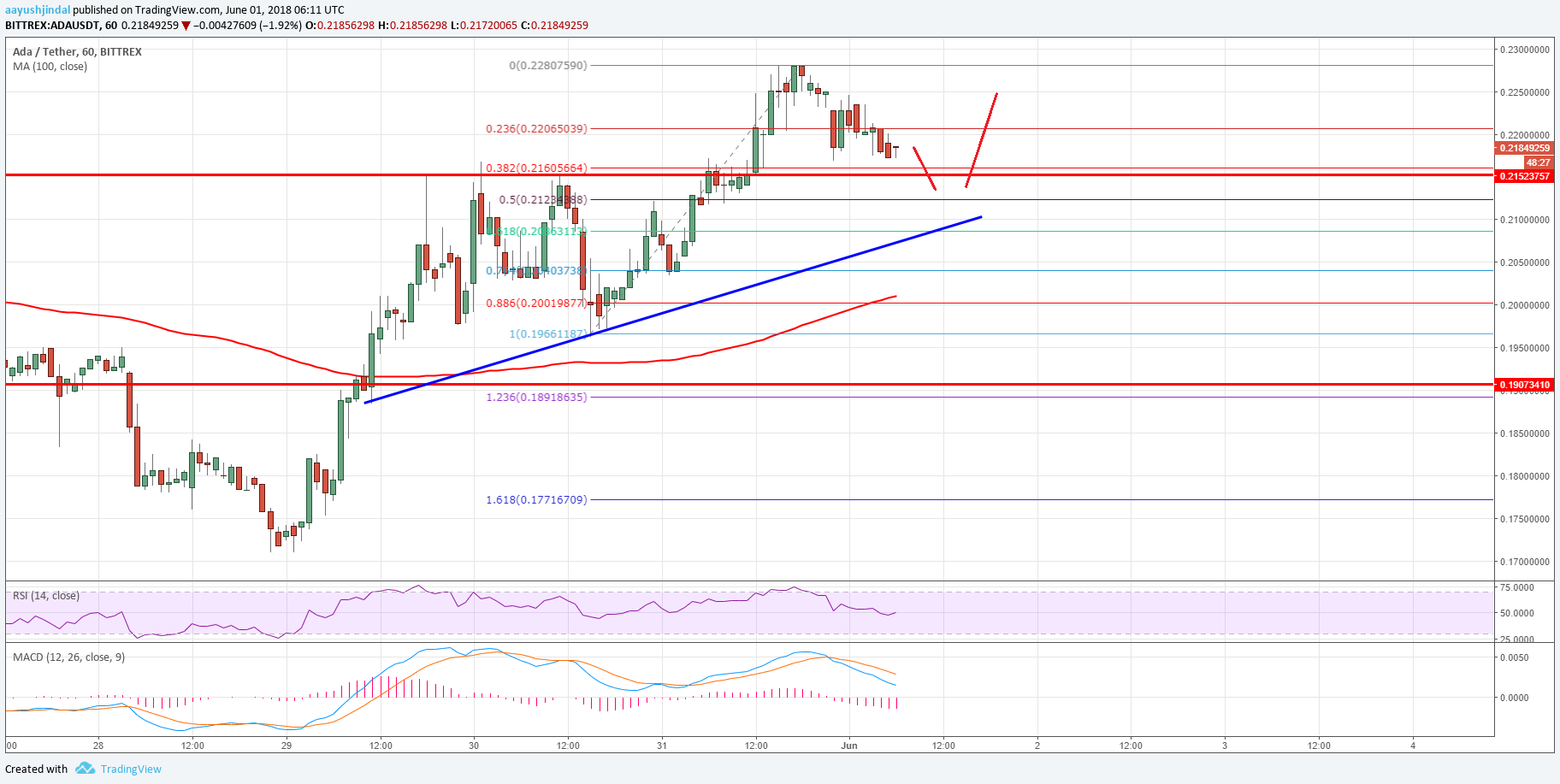 The chart indicates that the price may correct a few points in the near term towards $0.2150 and $0.2080. Later, once the correction is over, it is likely to resume its upside move. On the upside, a break above $0.2280 may perhaps clear the path for more gains towards the $0.2500 level.

Hourly RSI – The RSI for ADA/USD is showing positive signs and is currently near the 50 level.