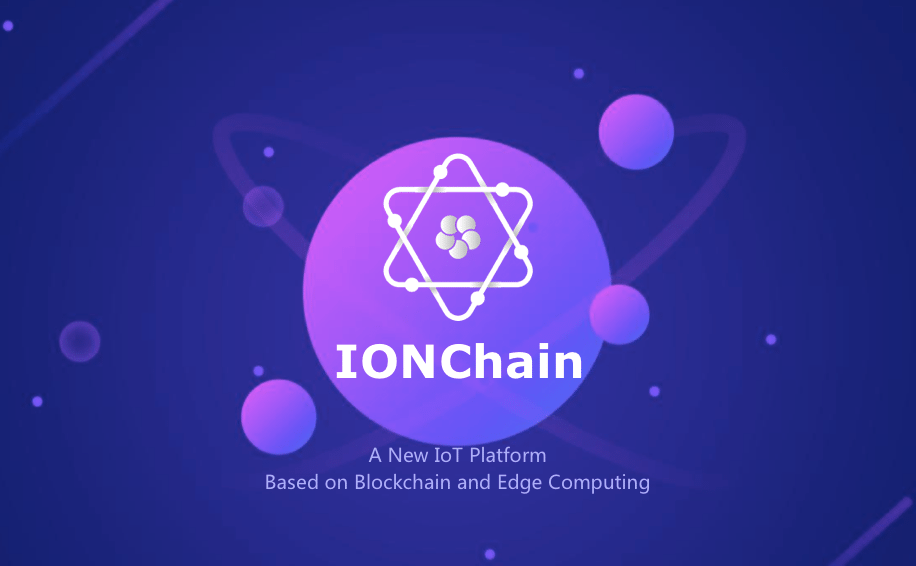 The Internet of Things (IoT) is widely acknowledged as the third wave of the world information industry development, after the computer and internet. As the underlying foundation of the internet, Blockchain has certainly become one of the frontier technologies in the strategic layout of each country.

When it comes to the Blockchain technology that serves the IoT, the very first thing jumped into people’s mind is the famous project in 2017 – IOTA. It is a revolutionary layer for new transaction settlement and data transfer, which was specially designed for the IoT. In December 2017, it has a 52000 times increase of its market value, which gave everyone an intimate experience of the potential and attraction of “Blockchain + IoT”.

IOTA, a new type of digital cryptocurrency, focuses on solving the problems caused by M2M transaction and builds the blueprint of the future machine economic by realising a method of payment without transaction fee between machines.

Being same with IOTA serving the IoT, IONChain is a new type of basic platform of IoT based on the Blockchain and edge computing, aiming at achieving the unification of the security, flow, trading and criterion of IoT data and the access to IoT nodes of arbitrary type and scale.

Both of IONChain and IOTA are aimed at making up for the weakness of the IoT. What are the differences between them?

First, they are different in the architectures and algorithms.

IOTA is a technology for achieving transmission of distributed and irreversible information by using the DAG (directed acyclic graph, which is called Tangle in IOTA) to take the place of Blockchain. The function of cryptocurrency is integrated based on IOTA to serve the IoT. While the Tangle technology is not a real Blockchain but just solves the problem of the extension of Blockchain.

Therefore, as a technology, IOTA can be used in the Internet of things, but it could not be used as a kind of digital currency. This is also the reason why IOTA has no mining mechanism, nor miners, and why some people think that the Blockchain is just a cover for IOTA.

The IONChain advocates the concept of “one device, one coin, one code” wherein “device” refers to IoT device, “coin” refers to IONC, and “code” refers to the unique identification code of the IoT device connected to the IONChain network. The IONChain depends on the characteristics of edge computing, takes IPFS (Interplanetary file system) as a medium of data storage, and uses distributed architecture to effectively evade the potential safety hazards of centralized storage on the cloud, its favorable protection mechanism for privacy will also enormously enhance the involvement of individual IoT nodes.

ION protocol ID in the IONChain will endow the IoT nodes with a unique identity to make the data authentic and reliable, and the source traceable. At the same time, it will contribute to the accelerated formation of standards of the IoT industry. This is also the support of the vision of IONChain that “A Mining Machine for All Things” – all the IoT devices which have access to the IONChain can get mining rewards by an algorithm, and the owner of this device can be a big enterprise, small or medium-sized enterprises, and even a personal user.

Second, their application scenarios are different.

IOTA, a digital cryptocurrency, focuses on solving the problems caused by M2M transaction and builds the blueprint of the future machine economic by realizing a method of payment without transaction fee between machines.

However, due to the congestion problem, confirmation rate and confirmation time are often delayed, which seems to contradict “infinite scalability”. In addition, “no transaction fee” of IOTA are both a benefit and a pitfall, because it will bring a huge potential hazard of DOS attack that everyone can send a large number of transactions at any time to reduce the efficiency of the whole network, which is unacceptable in the real huge volume of IoT applications.

Unlike IOTA, IONChain is more than just a digital cryptocurrency designed to solve the problem of M2M transactions on IoT, but aims at resolving various problems about the security, flow, trading, and shares of IoT data to promote the common prosperity of the IoT ecological chain as well.

In the application of IoT, when cloud computing fails to develop in these fields, the edge computing scheme of IONChain will be a new solution. Based on the characteristics of edge computing, IONChain puts forward the concept of “A Mining Machine for All Things” and provides token ionic currency incentive for all IoT devices which have access to the IONChain.

The decentralised storage way of IONChain will bring disruptive applications to the security and privacy of IoT data. And compared with the traditional centralized network, it has many advantaged superiorities against external aggression and disaster, to the greatest degree achieving the data security and privacy protection.

On the premise of effective protection for privacy, the token incentives of “A Mining Machine for All Things” can also greatly promote the large, medium and small enterprises and individuals to participate in the IoT project, to speed up the development of the IoT facilities.

The concept “A Mining Machine for All Things” of IONChain, as well as series of IoT equipment, makes factories, enterprises, companies, shopping malls and residences closely connected with people’s daily life, thus giving birth to the new trading patterns of infinite possibility:

1)Traditional manufacturing enterprises can monitor the business status through the IONChain to see the upstream and downstream partners and terminal sales.

2)Companies and shopping malls can purchase personal data of IoT through the IONChain, analysing the personal preferences of consumers, shooting the arrow at the target to accomplish accurate marketing.

An Internet start-up, for example, wants access to personal information and routes of some car users for data analysis to do business. Through the ion-coin incentive mechanism, some car users voluntarily share their personal data through transactions. The company can quickly obtain the desired data scale and analyze materials through the data transaction of IONChain.

3)Individual users can use the IONChain for the sharing management of equipment using, earn ionic currency, and obtain further benefits.

For example, there is a business uptown owning large parking demand, some residents can install the intelligent lock, sign an intelligence contract of IONChain network with people who want to park, and park by automatically controlling the lock. After the transaction, the earnings will be automatically calculated and transfer to the account as the management incentive.

As the pioneer of the “Blockchain + IoT”, at present, the market value of IOTA has been more than 25 billion yuan, ranking tenth in the market of digital cryptocurrency, fully embodying that the vitality and potential of Blockchain technology in the field of IoT.

As the upstart of “Blockchain + IoT”, IONChain is also regarded as IOTA in China by many Blockchain investors and experts, indicating the strong momentum of IONChain.

The reason why investors and experts are so confident is that professional and reliable core team in addition to the concept and technology of IONChain.

Liu Tao, the founder of IONChain, CEO of Onechain, and the lecturer of the master course on Blockchain in Fudan University, finished MBA from East China Normal University. He is also the former CTO of ZHIWANG FINTECH and former senior director of Accenture, and has over 15 years of business consulting and technical architecture experience in high-tech manufacturing and financial industry. He is also a co-author of two books, “Practical Combat of Blockchain Development: Key Technology and Case Analysis of Ethereum”, “Practical Combat of Blockchain Development: Hyperledger Fabric Key Technology and Case Analysis”, mechanical industry press.

At present, the IONChain has recently got the strategic investment of capital by famous Blockchain investment organizations. It was planned to complete and launch the parent blockchain in August 2018. We all look forward to seeing the spark igniting the prairie fire of Blockchain + IoT!