Andy Warhol Paintings to Be Auctioned for Cryptocurrencies 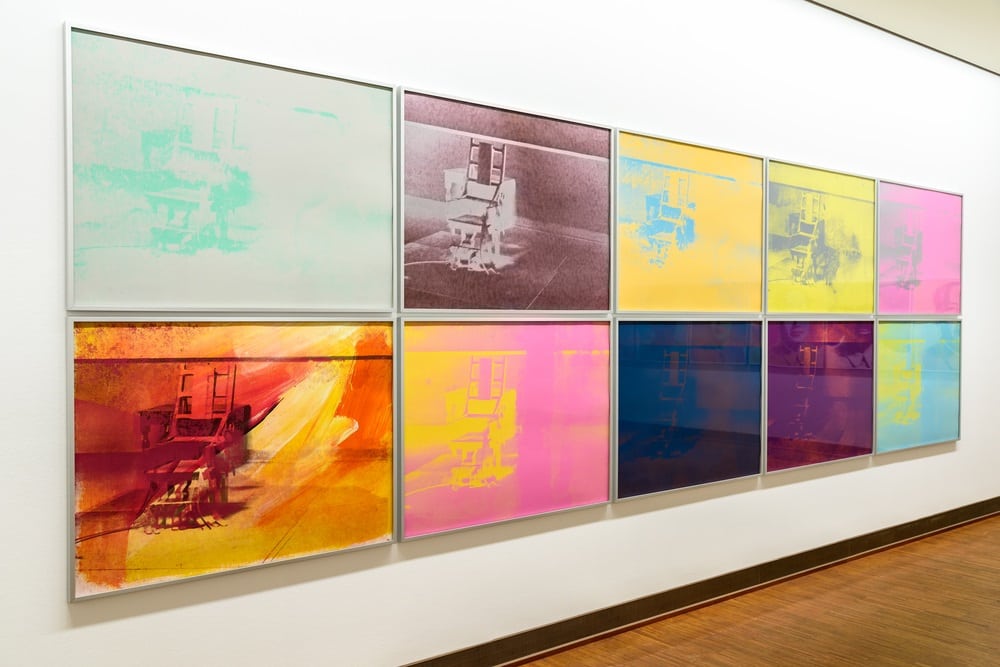 Cryptocurrency adoption has progressively spread to new industries in order to disrupt their markets. The art trading business is the new sector looking to use Bitcoin et al. in order to expand payment options available for investors in works of art. A London art gallery has announced it will auction a portion of Andy Warhol’s work for cryptocurrencies.

’14 Small Electric Chairs’ (1980), by Andy Warhol, will be the world’s first high-value, blue-chip art auction using Maecenas’ distributed ledger technology. Maecenas, a blockchain platform dedicated to democratizing the access to the fine arts has partnered with Dadiani Fine Art to make Dadiani Syndicate the first fine art gallery in the U.K. to accept payments in cryptocurrency.

The art gallery will put 49% of the Warhol work up for sale on June 20. Valued at $5.6 million (729 Bitcoin), the reserve price is set at $4 million (520 Bitcoin). The auction will be compliant to the laws in the U.K. and all buyers will be subject to full Know-Your-Customer (KYC) and anti-money laundering (AML) checks.

Eleesa Dadiani, the founder of Dadiani Syndicate, aims to render the future of fine art investments to global reach with cryptocurrency being capable of broadening the market as the world opens its arms to the new wealthy people that emerged from the digital currency market.

“Beyond this, Maecenas and Dadiani are launching the world’s largest and first tokenised art fund through the blockchain. This will simplify and expand art investment even further. Our shared vision is being implemented in the most exciting way – now we both look forward to embracing the resulting evolution of art investment.”

The final price for Warhol’s painting at the auction will be determined by a smart contract running on the Ethereum blockchain. The art business could, however, be a trap for many cryptocurrency holders as fraudulent pieces of art on the market are estimated to be as high as 40% and costs could go up to $6 billion a year, according to blockchain identity company Codex Protocol.

In January, four paintings were bought with cryptocurrencies at Art Stage Singapore through a partnership with Aditus Pay, a distributed ledger technology platform that brings the world of luxury to the cryptocurrency world.