Bitcoin Price Trend in 2018 is Nearly Identical to Previous Movements 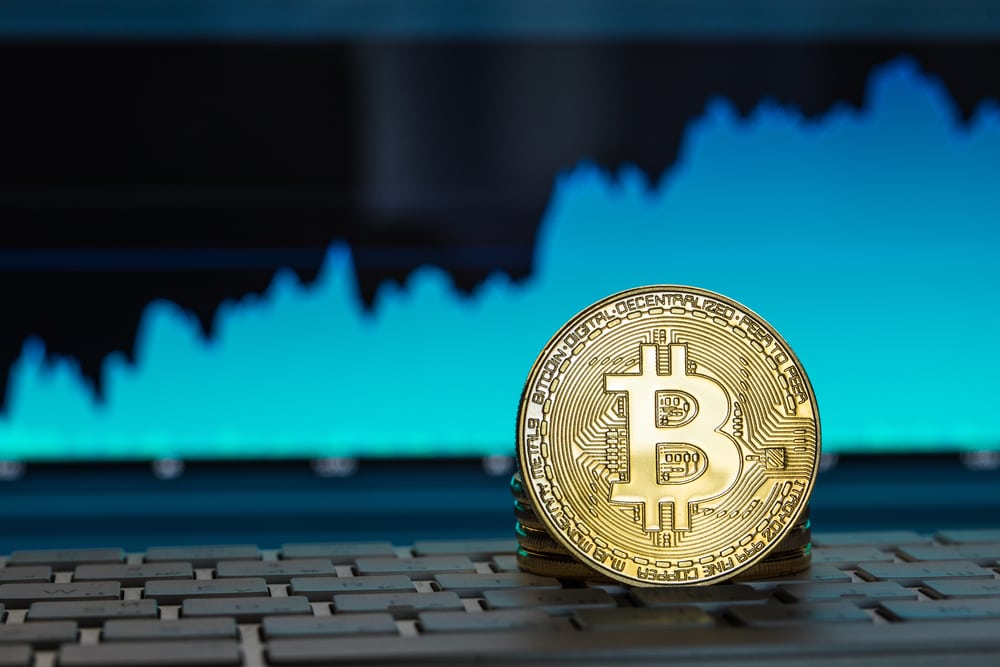 Some cryptocurrency community members believe that a piece of historical technical analysis indicates that Bitcoin’s price could be headed upwards real soon.

According to a post put together by Reddit user, “CryptoPorto,” Bitcoin’s price could be mirroring the hypothetical chart of a strong price reversal.

The chart which the Reddit user used (shown below) was derived from Richard Wyckoff’s teachings, from the early 1900s. As you can see, the two charts below look eerily similar, almost identical in-fact, with Bitcoin’s current price action following a steep decline after a short period of sky-high prices. 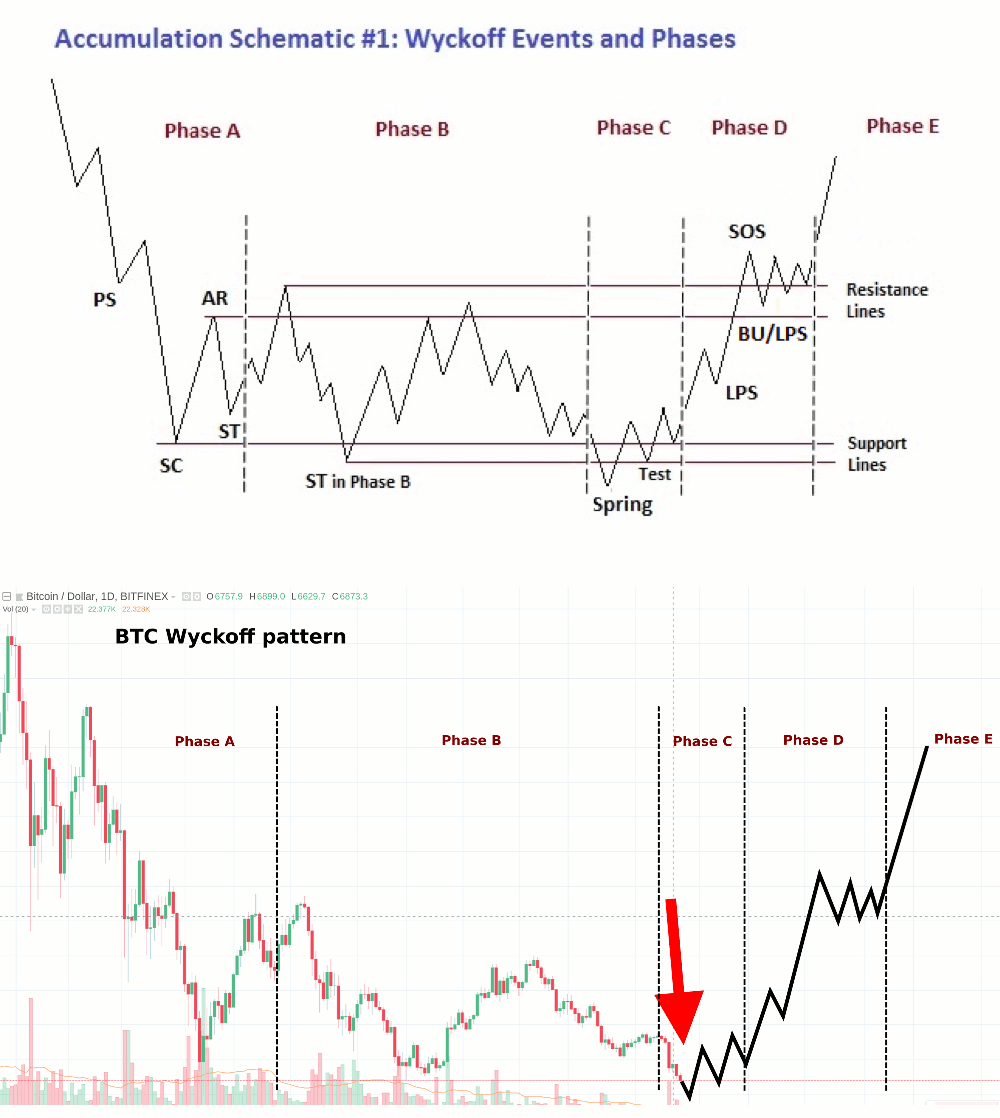 According to the chart, Bitcoin could be seeing a price ‘spring’ within the next few days, perfectly in line with the Wyckoff method.

For those who are unaware, the Wyckoff method uses a variety of laws and scenarios to try to predict the price movement of a publicly traded asset. These laws are as follows:

Wyckoff’s methods have been largely accepted by members of the technical analysis community, with Wyckoff being one of the most respected historical figures on Wall Street.

To fulfill the aforementioned bullish scenario, Bitcoin will need to continue to rally over the next few days, breaking through key resistance levels. According to FundStrat analyst, Robert Sluymer, a key resistance level for Bitcoin may lie at $7800, around $1200 away from current prices.

However, many Reddit users were quick to call this technical analysis bogus, some saying:

Of course, you will find something similar to the current situation if you search long enough…

Another critic of this piece of seemingly apparent wishful thinking also said:

There’s some kind of TA for every single scenario out there. S**t goes up, s**t goes down. That’s all you need to know.

Others also believe that there could be some large discrepancies with the given timeframes, as Wyckoff worked with the slower-paced stock market. In direct comparison, cryptocurrencies are traded 24/7, in all parts of the world, quelling the use of traditional technical analysis methods for longer timeframes.

These Reddit users may be onto something, as it could be a pure coincidence that Wyckoff’s chart matches Bitcoin’s price action. On the other hand, ‘CryptoPorto’ could be drawing accurate and timely parallels between historical technical analysis and today’s volatile cryptocurrency market.

Cryptocurrency analysts like Fundstrat’s Tom Lee and Robert Sluymer still believe that Bitcoin is set for a bull run within the next few weeks. Earlier this week, Tom Lee assured for the umpteenth time that Bitcoin will reach $25,000 by the year’s end. Additionally, Bitcoin is currently sitting atop the $6500 support level which Tom Lee has noted to be a price of interest, due to the fact that it costs around $6500 to mine a single Bitcoin.

A recent string of positive news may also indicate that Bitcoin is ready for another round of growth. Yesterday’s SEC announcement caused the cryptocurrency market to jump by over 10%, easing regulation worries regarding the second largest cryptocurrency, Ethereum.

This announcement may indicate that U.S. regulatory bodies are willing to give the cryptocurrency market some regulatory leeway, a hope for many in the community.

However, time will only tell whether the cryptocurrency market is ready to move towards new heights, bypassing ATHs seen earlier this year.