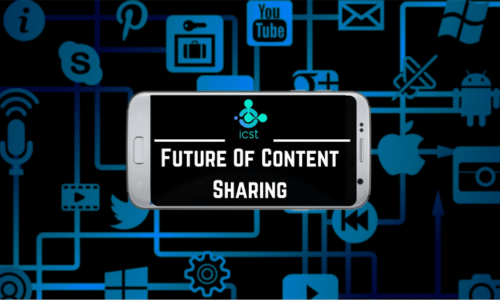 In a market flooded with the latest scams & “game-changing” ICOs, one might wonder why content sharing protocol ICST chose the public sale route to fulfill its hard cap deficit of 8000 ETH.

The reality is that ICST has the backing and a business model to quash the concerns of any skeptic. The blockchain protocol is rearing to launch in Q3 2018 with an MVP that offers practical application for over 60 million individuals.

The superiority of its product offering is evidenced by the announcement of partnerships with entertainment giants American Idol, StarMaker & the Voice. The core team includes the likes of CEO Jerry Ji Guo and CTO Vaibhav Namburi. Jerry continues as CMO of Smarter Contract after heading Bitcoin.com’s marketing operations and leading Polymath’s $100 million ICO. Namburi is an expert builder of Apps & dApp in React, React Native, Vue, and NodeJS/Solidity & Hyper Ledger. What’s more, ICST is the brainchild of Chinese web tycoon Zhou Yahui, the CEO of Kunlun technologies. In short: this is an ICO with street cred.

Kunlun has been making headlines for years with prolific acquisitions ranging from social networking, video streaming and gaming applications, including StarMaker & Angry Birds to web browser Opera. In 2016, demonstrating the company’s foresight and prowess, Zhou purchased a USD $155 million stake in homosexual dating app, Grindr (the company that preceded Tinder) with the goal of taking it global. Mission accomplished, Grindr has consistently maintained its position as market leader with over 3 million daily active users worldwide. The app receives unprecedented engagement levels compared with even the most popular online games. In case you’re wondering, Kunlun is now Grindr’s sole owner, having purchased the remaining 40% of stock earlier this year.

With fingers in many industry pies, Zhou and his team have unearthed some consistent power asymmetries afflicting talented individuals and personal services providers. For those unfamiliar with the gaming world, avid gamers spend real time and money in their virtual environments to get their hands on high-value collateral (think weapons and protective gear). However, user agreements deny gamers any ownership over these assets, meaning they can’t trade them without resorting to the black market or getting kicked off the game altogether. For music and entertainment lovers, the imbalance between artists and the middlemen who claim their stake over both revenue and sales data is no news, with entertainers and fans worldwide seeking an alternative to the status quo. Blockchain, Zhou believes, provides the answer to these inequities – and so the People-Joy Foundation is born.

People-Joy is a not for profit entity which will administer the ICST protocol and the fair and equitable distribution of tokens to investors, airdrop recipients and participants of the public sale. According to the ICST whitepaper, the Foundation “maintains and promotes the democracy, fairness, transparency, security, and reliability of the community”.

ICST is an ecosystem for individuals to create, publish, promote and trade their content and skills. It caters to anyone producing shareable digital content in music and videos or providing personal services such as interactive gaming, voice chats, guided tours, and even psychological counseling. Moreover, the protocol can be integrated into any compatible platform, with Kunlun’s many subsidiaries amongst the first cohort.

The advantages for digital content and personal service providers and their consumers are seemingly limitless, with ICST delivering:

So back to the original question – why a public sale in this cynical market? The answer is simple: because ICST is devoted to community empowerment. Kunlun has spent over a decade building games and social networks, the success of which boils down to their communities. If ICST’s core goal is to give ownership back to content creators and their consumers, then ensuring community involvement from the outset is fundamental.

ICST is a utility token, which means token holders use and exchange tokens as a form of value on a platform integrating ICST. The token value is determined by supply and demand within (here’s that word again) the Community.

Over the month of June ICST, in collaboration with StarMaker App, are demonstrating the use case of the platform through their #icstidol competition. The competition rewards content uploaders with 50 tokens each and the opportunity to win up to USD $10,000 worth of ICST. The winner is determined by the number of times their content is voted on by viewers.

To date, ICST has raised 25,000 ETH in private equity. Until 30 June, they are running a 4.5 million token airdrop, rewarding participants with 30 tokens for signing up and another 30 for referrals.

If you want to join a real revolution of the music and skill sharing industry, purchase your tokens via the ICST website between 21 & 27 June.

Still not sold? Click here to take part in their free-to-join airdrop.