Tron price bounced off the resistance-turned-support region at the 0.04500 mark as expected and is aiming for new highs.

The 100 SMA crossed above the longer-term 200 SMA to confirm that the path of least resistance is to the upside. In other words, the climb is more likely to resume than to reverse. After all, Tron price formed and confirmed an inverse head and shoulders pattern to signal that an uptrend is underway.

RSI is on the move up to show that there’s buying pressure left. This might be enough to keep bulls in control until Tron price reaches the next potential resistance levels before buyers book profits. Stochastic is also on the move up so Tron price might follow suit, but this oscillator is dipping into overbought territory. 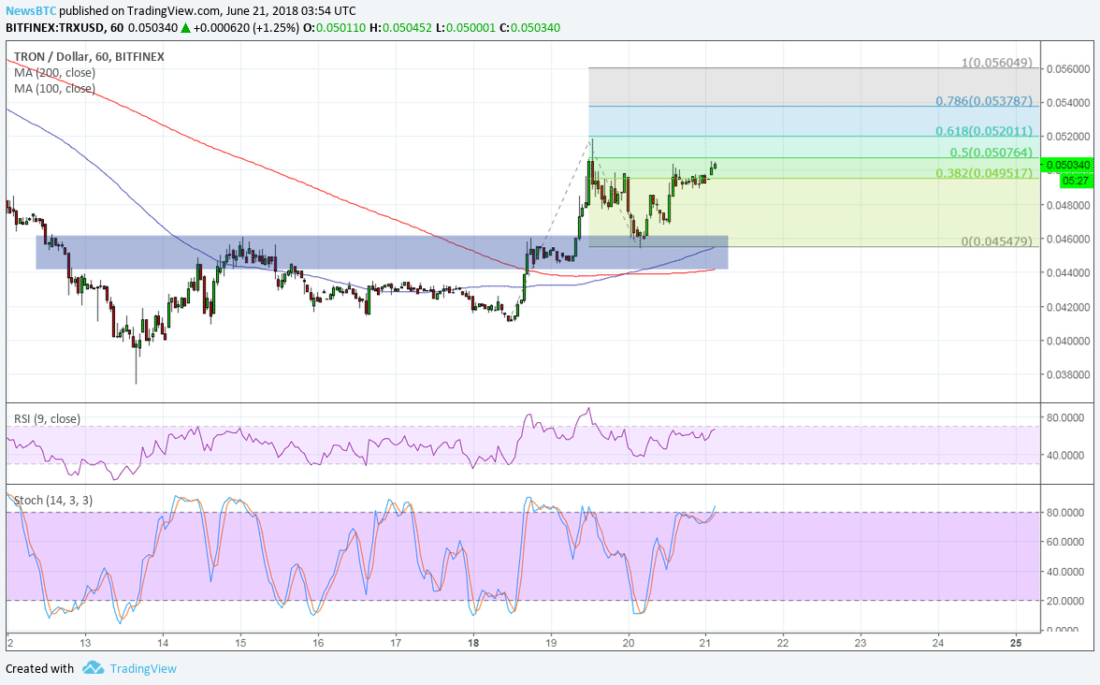 Cryptocurrencies appear to be in a much better mood lately as they managed to shrug off news of Bithumb’s hack, compared to the price reaction to the hack on a smaller South Korean exchange earlier on.

Some say that this might be due to reports debunking the study that Tether was used to manipulate bitcoin price back in 2017, spurring hope that the probe by US regulators could yield the same results.