Cardano price is back in a positive zone against the US Dollar and Bitcoin. ADA/USD remains in an uptrend as long as it is above the $0.1250 support level.

This past week, there was a major downside move below $0.1250 in ADA price against the US Dollar. The ADA/USD pair traded towards the $0.1100 level and formed a low at $0.1133. Later, there was an upside move and the price jumped above the $0.1300 resistance level. It even tested the $0.1450 resistance zone and is currently placed well above the 100 hourly simple moving average. 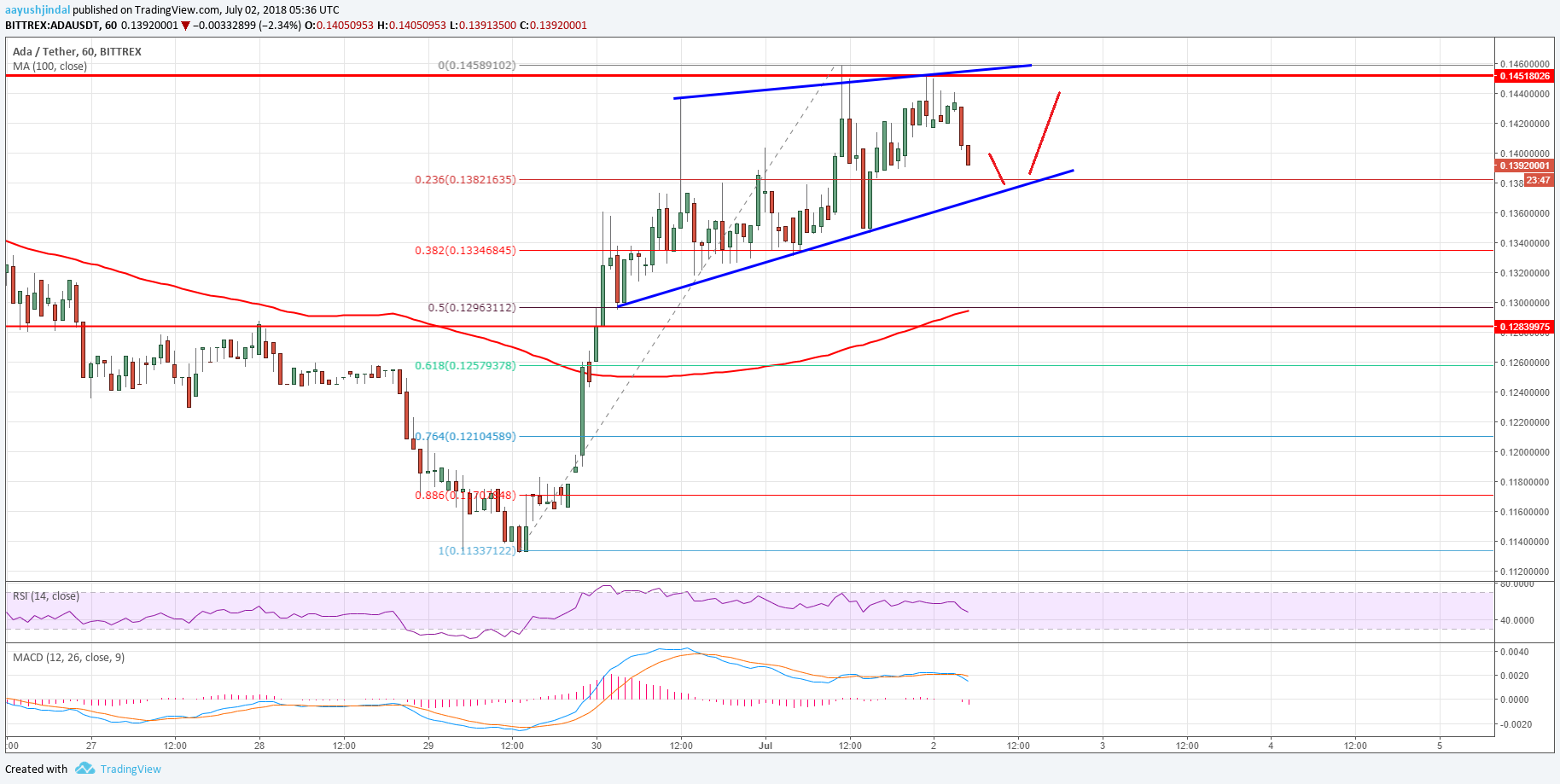 Hourly RSI – The RSI for ADA/USD is moving lower towards the 50 level with neutral signs.