Bitcoin cash price is correcting lower from well above $800 against the US Dollar. BCH/USD must stay above the $720 support area to avoid more declines.

There were further gains in bitcoin cash price above the $800 level against the US Dollar. The BCH/USD pair even broke the $820 resistance and traded to a new monthly high at $829. Later, it faced sellers and started a downside correction below $800. There was a substantial downside move and the price broke the 50% Fib retracement level of the last wave from the $716 low to $829 high.

During the decline, there was a break below a connecting bullish trend line with support at $770 on the hourly chart of the BCH/USD pair. The pair even broke a major support at $760 and settled below the 100 hourly simple moving average. At the moment, the price is trading near the 76.4% Fib retracement level of the last wave from the $716 low to $829 high. It may extend the current decline towards the last swing low of $716 or the $720 support. 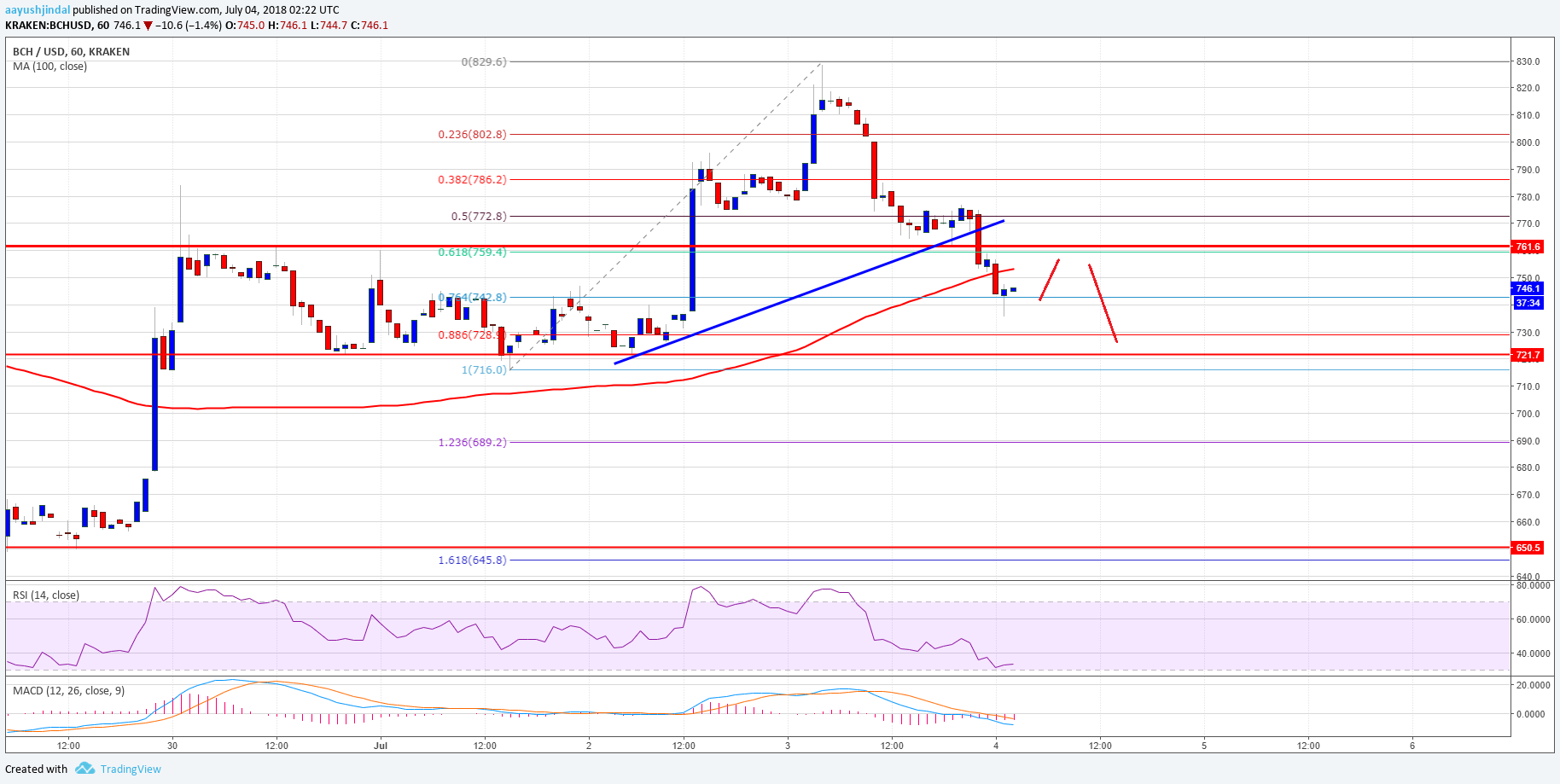 Looking at the chart, the price must stay above the $716-720 support zone. It holds a lot of importance and a break below it could put a lot of pressure on buyers. On the upside, the broken support at $760 may now act as a resistance.

Hourly RSI (Relative Strength Index) – The RSI for BCH/USD is well below the 40 level.