Cardano price is placed in a bearish zone against the US Dollar and Bitcoin. ADA/USD may perhaps move down further as long as it is below $0.1350.

There was an extended decline below the $0.1400 level in cardano price against the US Dollar. The ADA/USD pair broke a major support area near $0.1350 to move into a bearish zone. The price even traded below the $0.1300 support and almost tested $0.1250. It traded as low as $0.1269 and is currently trading well below the 100 hourly simple moving average. 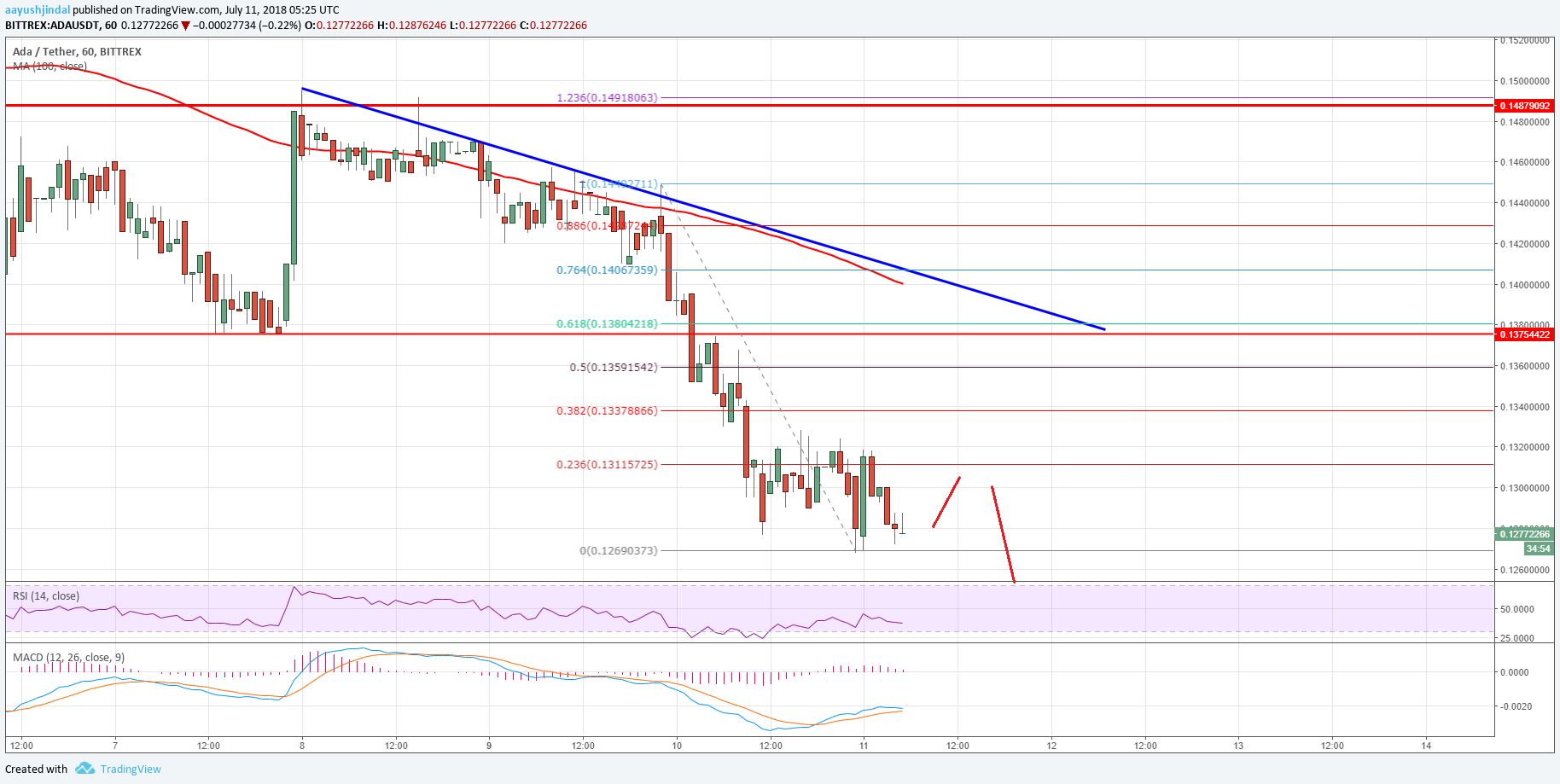 Hourly RSI – The RSI for ADA/USD is currently near the 40 level with negative signs.

Tags: ADAADA/USDCardanoCardano priceCardano price AnalysisCardano price Chart
TweetShare15
BitStarz Player Lands $2,459,124 Record Win! Could you be next big winner? Win up to $1,000,000 in One Spin at CryptoSlots