Ripple price is extending losses against the US Dollar and Bitcoin. XRP/USD is in a downtrend and it could accelerate losses below the $0.4400 level.

The price is moving lower once again and it may soon break the $0.4400 level. It seems like there is a short-term declining channel in place with resistance at $0.4500 on the hourly chart of the XRP/USD pair. Above the channel resistance, the price could move above the $0.4550 level. The next resistance is at the 50% Fib retracement level of the last decline from the $0.4810 high to $0.4393 low around $0.4600. Any further gains may perhaps face a strong resistance near the $0.4750 level. 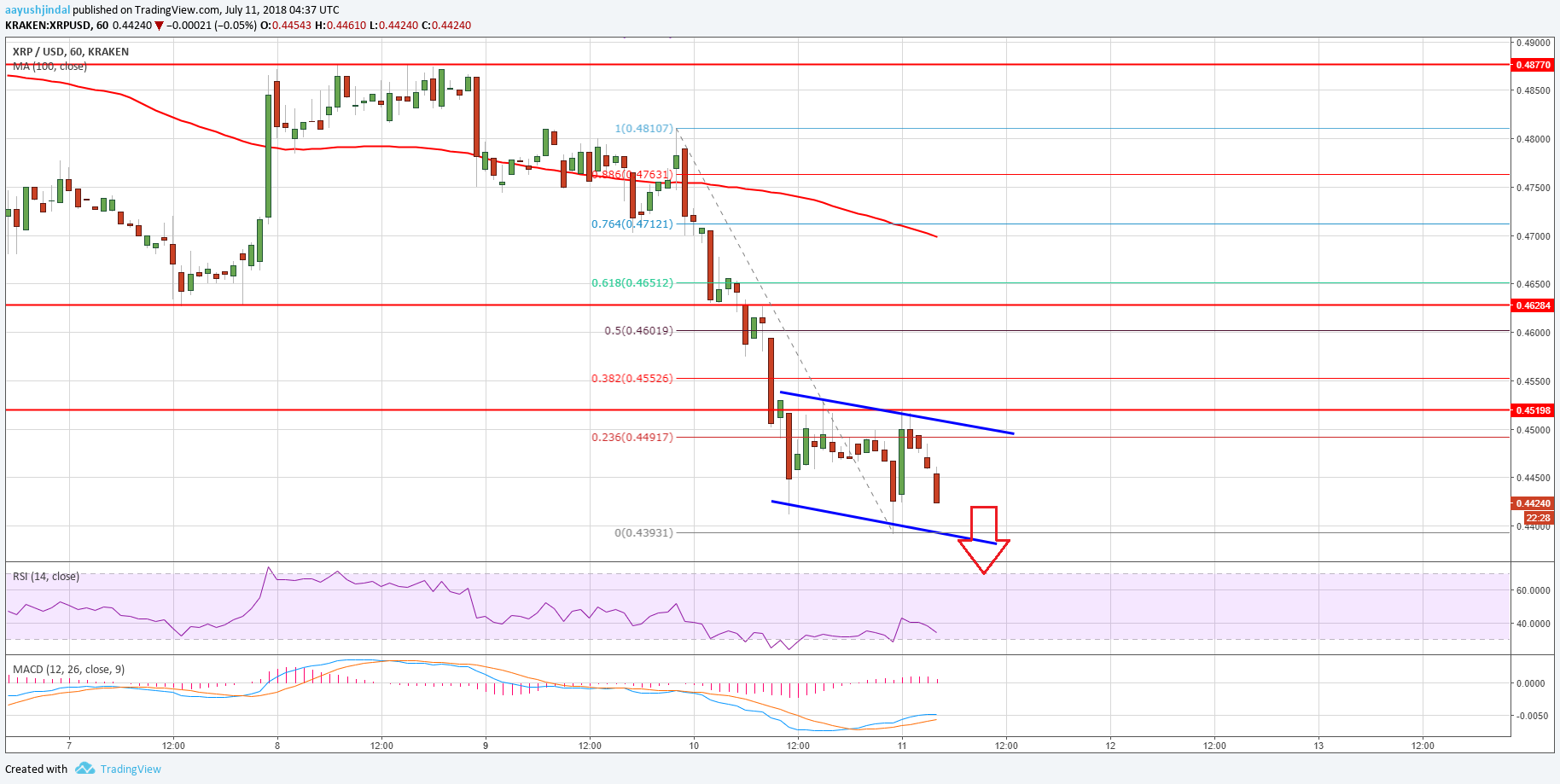