A campaign to raise awareness that XRP is not Ripple, three court cases and a race to meet SEC decentralization requirements for endorsement is obviously exposing XRP and cushioning Ripple the company. At the time of press, Ripple (XRP) is down six percent and trading below 45 cents, a main support line in our analysis.

It’s a surprise really, the new calls by Ripple advocates that XRP and Ripple have no ties going forward. How about the very many publications strewn all over the web that directly links the two? As a matter of fact, this comedy won’t end until we see XRP functional description being purged from within the Ripple website pages.

According to the Hatch Agency, XRP is now an independent digital asset while Ripple is a facilitator and is a software company offering “financial solutions” to institutions. There is some elements of truth in here simple because XRP came to existence as early as 2004 while Ripple was incorporated in 2012.

However, the caveat here is that there is no functional distinction between the two even after XRP begun trading at major exchanges. Yes, they have removed Ripple-and replaced it with XRP at major coin trackers as Coinlib and CMC-but that won’t change the fact that there are three different suits against Ripple the company. So, whether they are trying to duck responsibility should Ripple (XRP) fails to pass the Howey Test or not, time will tell.

What we can see though is that even if Ripple/XRP supporters stress that the two are distinct entities, most neutrals would still view XRP as a proxy to gauge how well Ripple the company is performing. After all, XRP and Ripple has made some of them billionaires and Ripple the company has more than 55 billion XRP in escrow with a decentralization strategy in place. 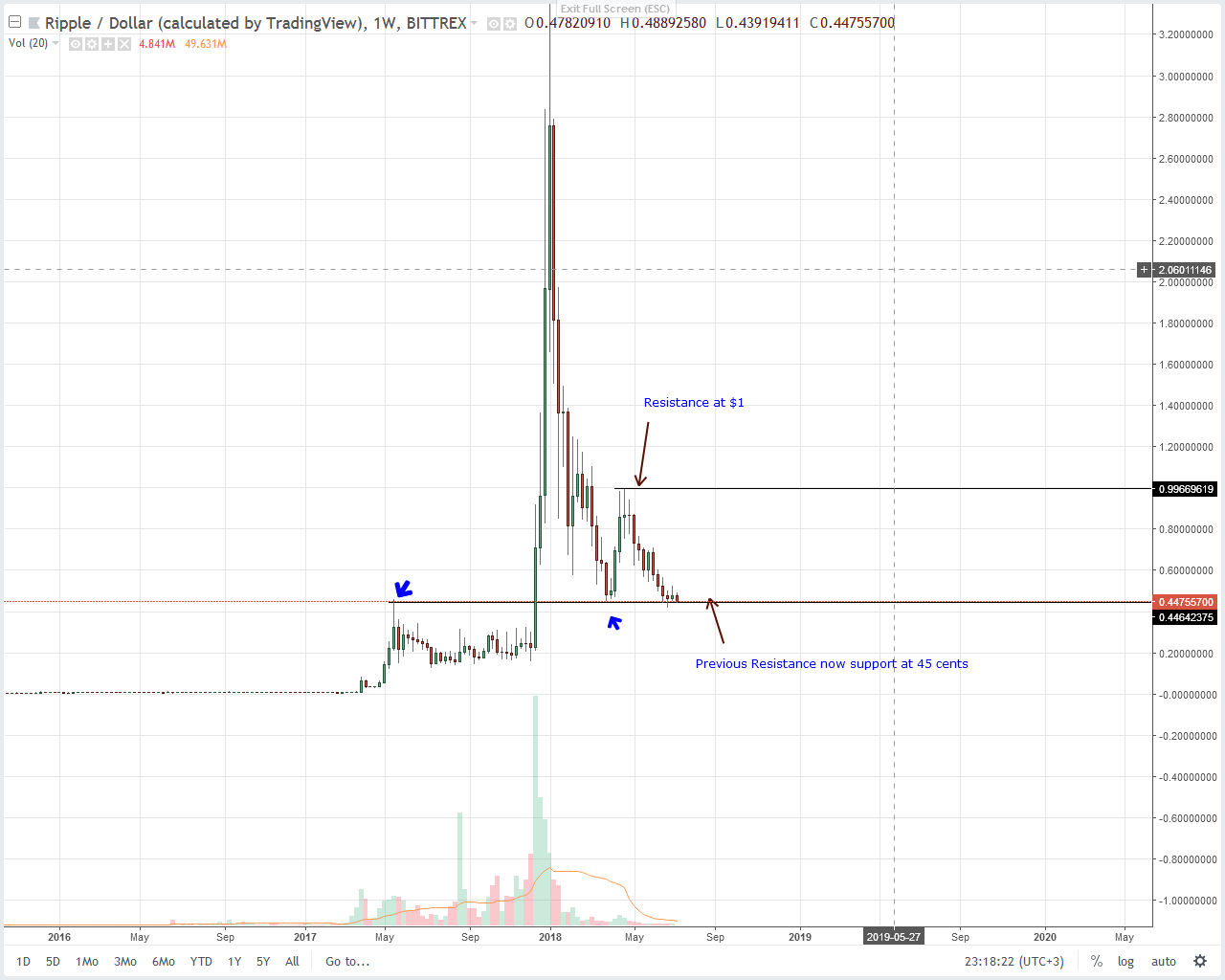 First, if SEC gives their status report saying XRP is a security, prices with tumble. So far, XRP is down 70 percent from their ATHs but that there is room for more depreciation should sellers break below 45 cents.

We have reiterated the importance of 45 cents and how this main support line ought to hold to buoy prices. Remember, at current levels, prices are trending at around 2018 lows and the base of a descending wedge despite the last three weeks attempts to reverse from these lows. 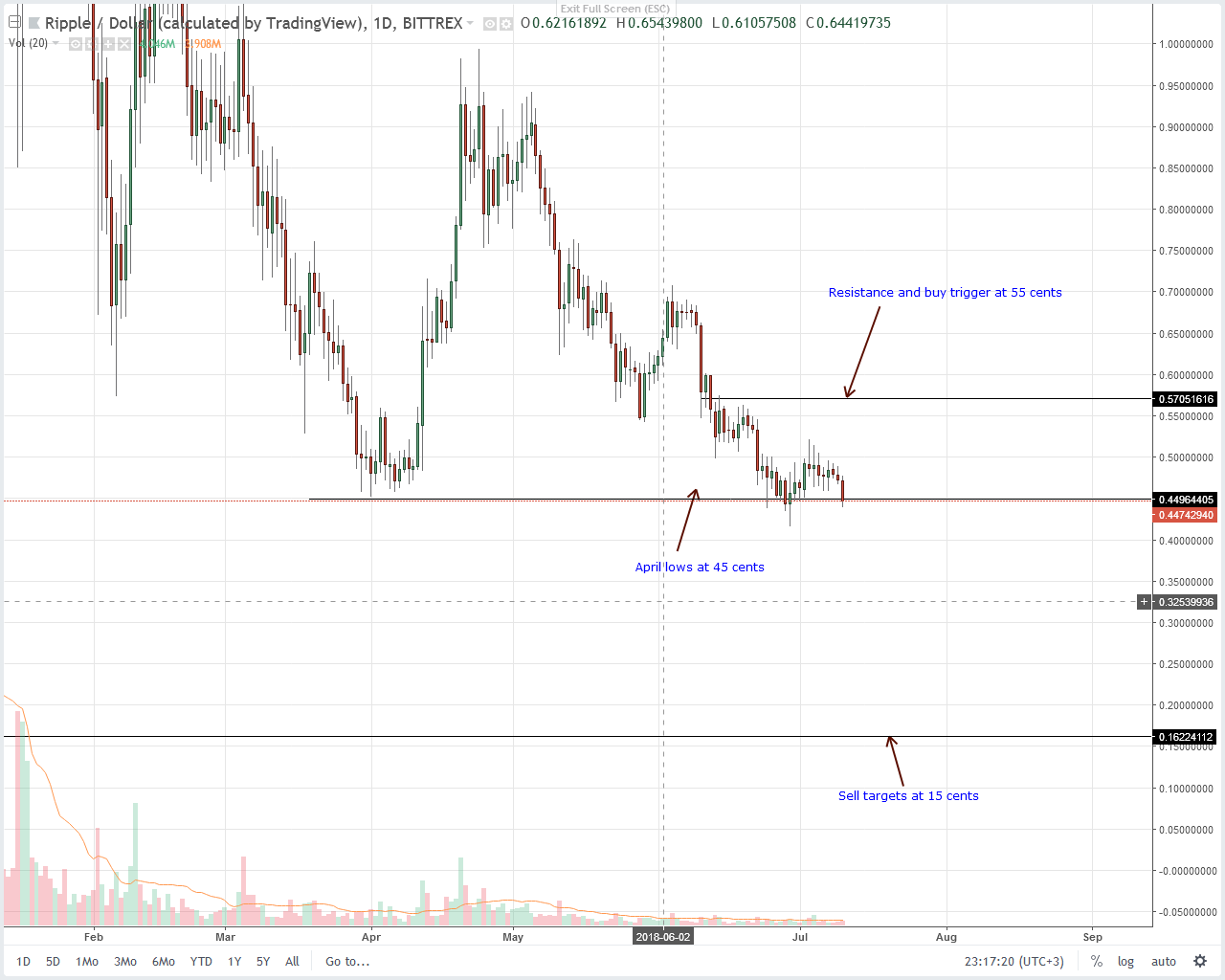 In the top 10, XRP prices are relatively stable. It’s down six percent and because of that close below 45 cents I suggest selling on every high with stops at July 10 highs at 48 cents.

However, there is no problem to shift it above July 2 highs at around 50 cents. If sellers ramp up their positions, then 15 cents would be our ideal bear targets.