Bitcoin price is struggling to hold gains against the US Dollar. BTC/USD may perhaps continue to face hurdles near $6,360 and $6,420.

Bitcoin price failed to stay above the $6,280 low against the US Dollar. The BTC/USD pair declined further and broke the $6,120 support level. It traded as low as $6,076 before starting an upside correction. There was a decent comeback since the price moved above the $6,220 level. It also broke the 38.2% Fib retracement level of the last drop from the $6,400 high to $6,076 low.

However, the upside move was capped by the $6,360 resistance. More importantly, there is a major bearish trend line in place with resistance at $6,360 on the hourly chart of the BTC/USD pair. The pair also failed to settle above the 61.8% Fib retracement level of the last drop from the $6,400 high to $6,076 low. It is currently trading near the $6,250 level and is consolidating above $6,200. It seems like the price may perhaps make another attempt to break the $6,360 resistance. If it succeeds, there could be more gains above the $6,420 resistance in the near term. 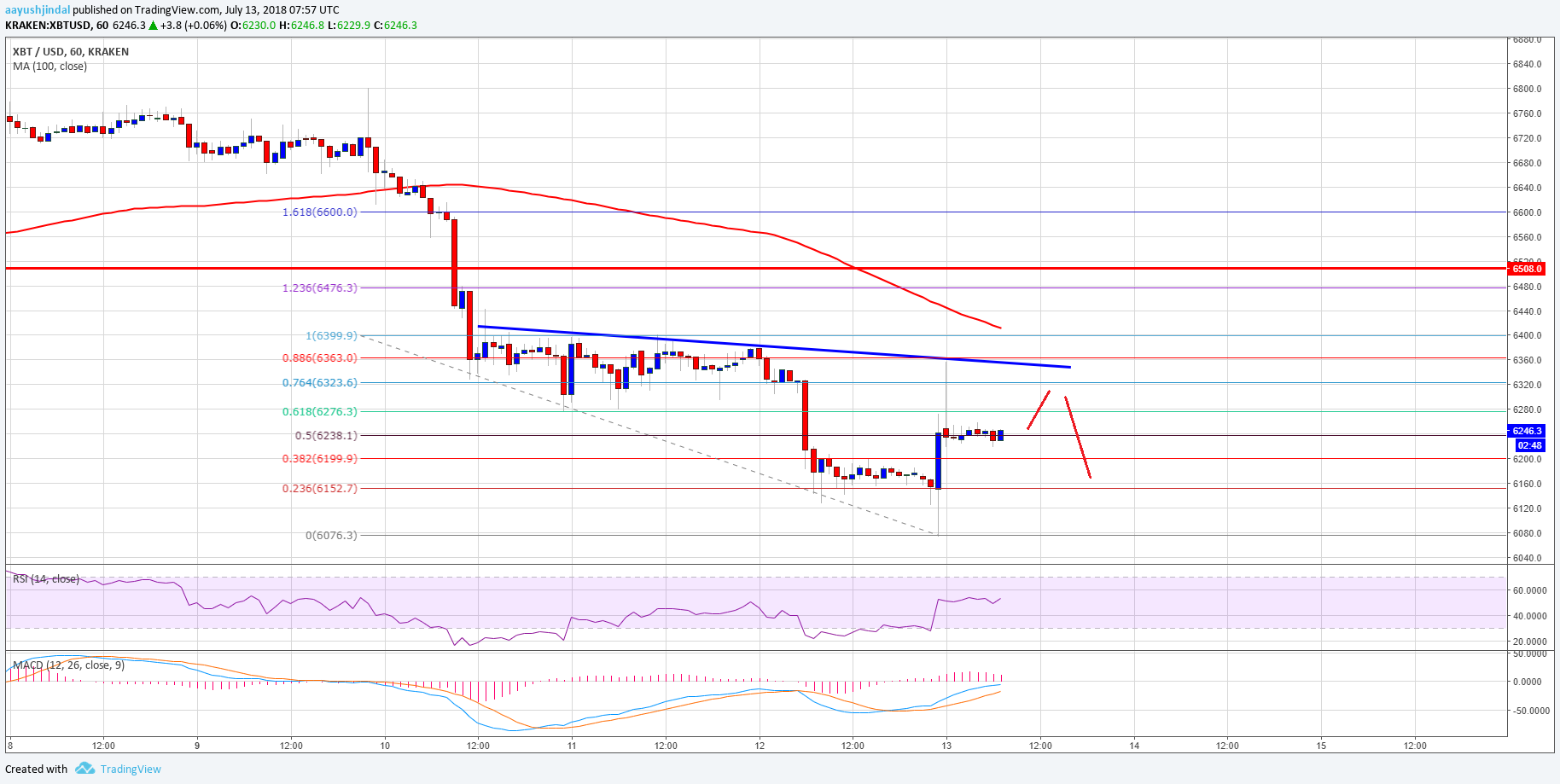 Looking at the chart, bitcoin price is facing a tough task to break the $6,350-60 resistance zone. If it fails to move above this, there are high chances of a fresh downside move back towards the $6,100 level in the near term.

Hourly RSI (Relative Strength Index) – The RSI is placed nicely above the 50 level with a positive angle.