Next Article: Ethereum Price Weekly Analysis: What’s Next for ETH/USD?

Bitcoin price is preparing for the next move above $6,300 against the US Dollar. BTC/USD could trade higher if buyers succeed in pushing the price above $6,450.

This past week, there was a sharp downward move from well above $6,750 in bitcoin price against the US Dollar. The BTC/USD pair topped near the $6,840 level and declined below the $6,450 support area. The drop was such that the price settled below $6,450 and the 100 simple moving average (4-hours). However, buyers took a stand near the $6,075 level and prevented further slides. 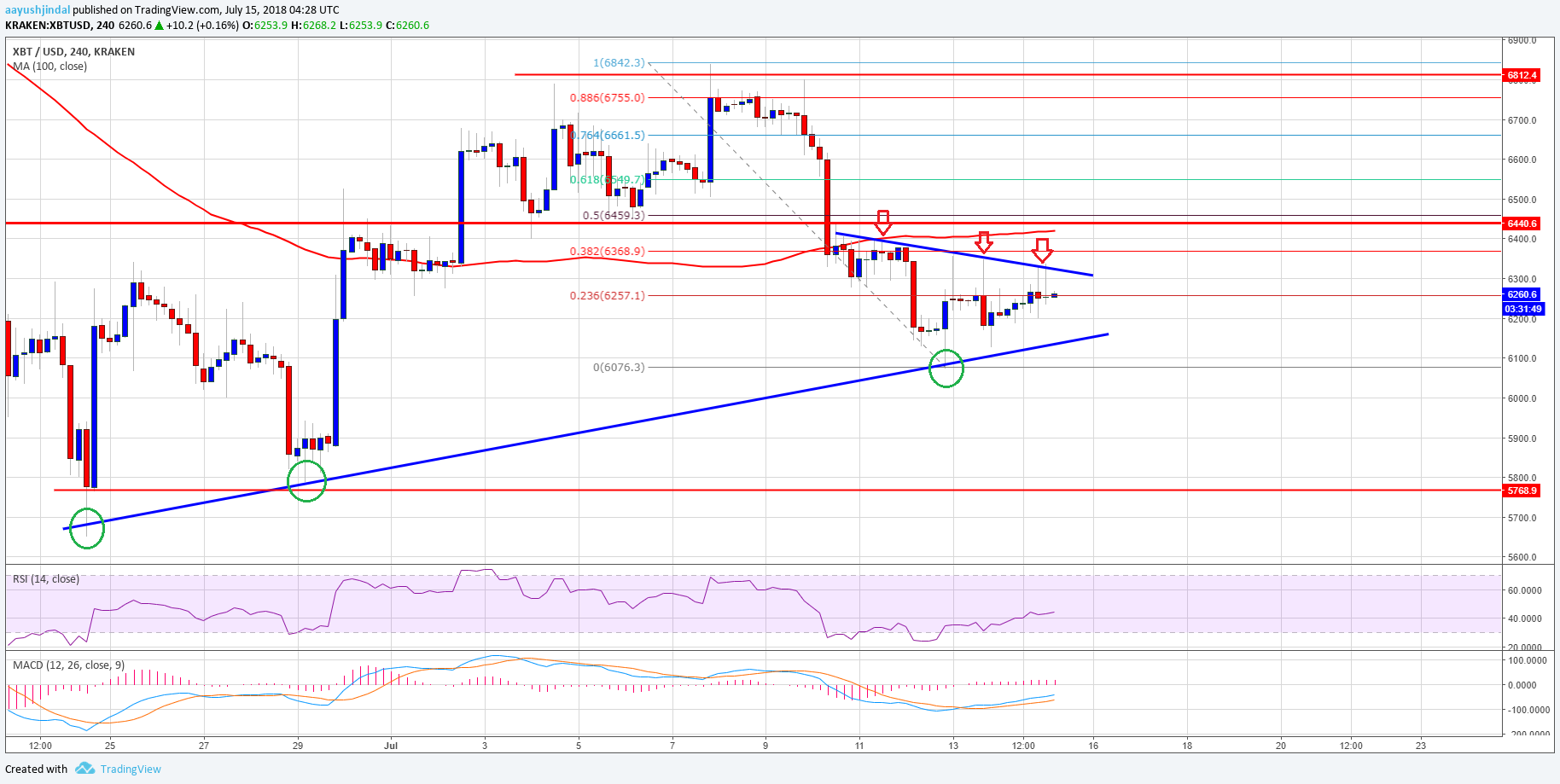 4-hours MACD – The MACD for BTC/USD is slowly gaining pace in the bullish zone.

4-hours RSI (Relative Strength Index) – The RSI is now above the 40 level.